Home Conflict Did the US Give A Free Hand To China In The South... 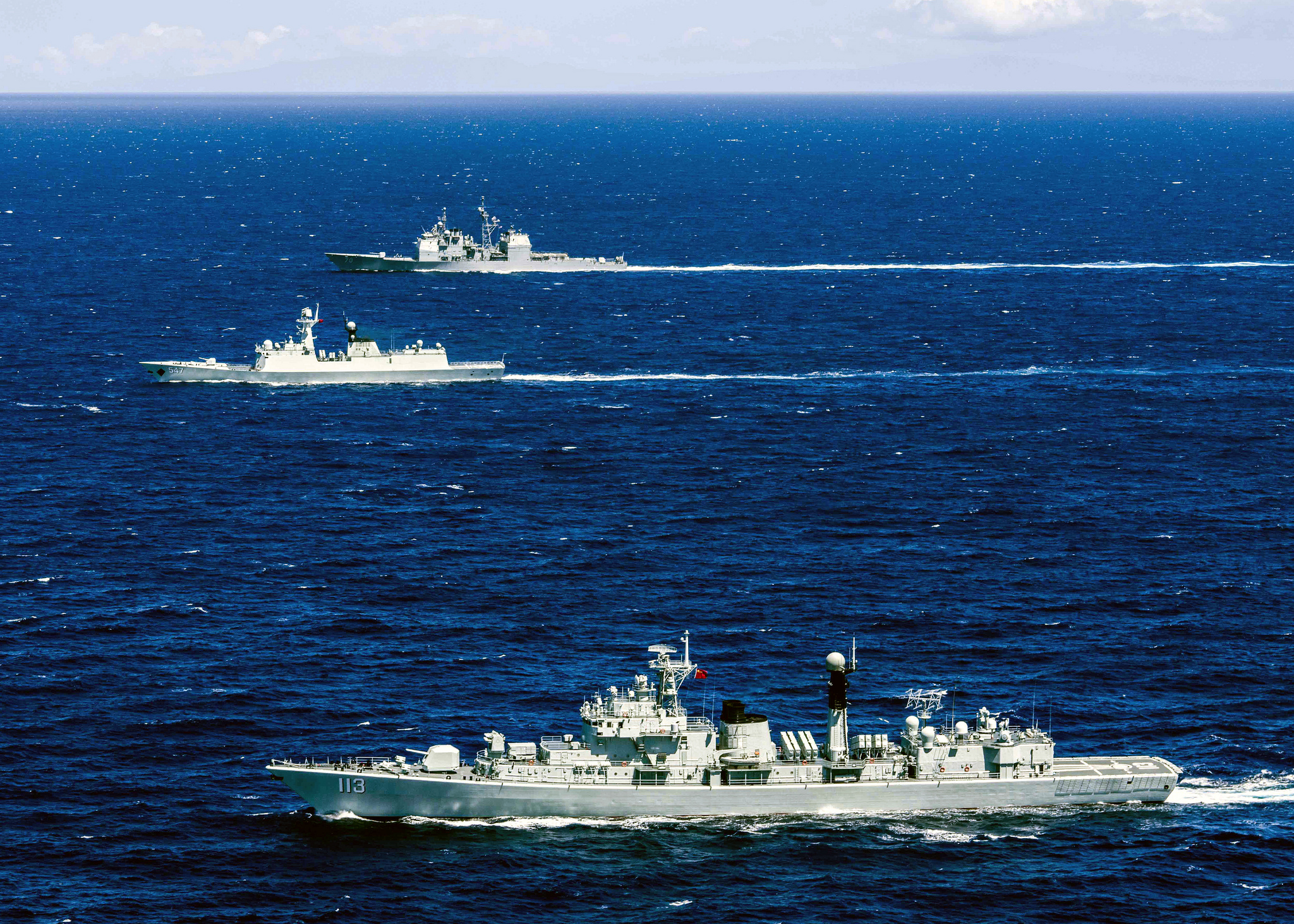 The National Bureau of Asian Research, an American non-profit research institution, recently published a study titled ‘Tenets of a Regional Defense Strategy: Considerations for the Indo-Pacific’.

The study comprehensively outlines multiple challenges facing American policymakers in the near future in the Indo-Pacific region – ranging from tensions between India and Pakistan to the militarisation of the South China Sea (SCS).

While the study in itself deserves a read to better understand the present situation and potential crises in the region, there was one particular footnote that demands particular attention.

In it, Admiral (Retd) Jonathan Greenert, former Admiral in the United States Navy, talks about his interactions with Admiral (Retd.) Wu Shengli, former Commander of the People’s Liberation Army Navy (PLAN), who made it clear to Greenert that China expected a more ‘forceful’ reaction from the US when it first started building islands in the SCS.

Apparently, the Barack Obama administration’s response was not robust enough, which further emboldened China to continue its expansion in the disputed seas.

On 1 October in New Delhi, a conversation was held between former Australian Prime Minister Kevin Rudd and former Indian Foreign Secretary, Shyam Saran, on ‘Shift in Power Balance – India, US and China’.

Rudd was asked whether initial US restraint in the SCS to China’s island building further destabilised the region instead of remedying it, to which he responded that the Chinese, like the Russians, respect strength.

This makes it seem that since the US was unwilling or even unable to respond appropriately to China’s rampant island-building, in a way eased Beijing’s activities in the SCS.

Too little, too late?

In June 2013, President Obama and President Xi Jinping met in Sunnylands, California, where Xi asked the US to cease weapons sales to Taiwan and reasserted China’s territorial claims, while pledging to resolve them peacefully. However, Washington’s inaction after the chemical weapons attack in Syria later that year might have encouraged Xi to take a gamble in going ahead with the island-building. The US’ ‘pivot to Asia’ during the final term of the Obama presidency might not have come across as too little; but, it was certainly too late.

In 2013, the US announced an increase in its military presence in the Indo-Pacific region wherein it made public its plans to  deploy 60 percent of its navy and 60 percent of its overseas air force to the region by 2020. However, by 2016 the force level was lower than pre-Obama administration levels. Total force levels in the region are expected to remain mostly same in the near future, with only minor changes in the deployment of personnel.

However, the US Air Force is expected to deploy its most sophisticated platforms like the F-22 and F-35 to the region by 2026. This makes it seem that there will be an upgrade in the quality of US’ military presence in the region, though available assets would most likely remain same but .

In 1995-96, the Third Taiwan Strait Crisis made China realise that it could not satisfactorily hold off an US intervention due to superior American military capabilities. A consequence of this was China developing anti-ship ballistic missiles (ABSM) and other anti-access/area denial (A2/AD) systems to be used against US military assets that might intervene in a SCS dispute. Admiral Phillip Davidson, commander of the US Indo-Pacific Command, testified in 2018 that China is now capable of dominating the SCS in all scenarios ‘short of war’ with the US.

From 2001-2002, the Global War on Terror diverted most US military resources to the Middle East and in counter-terrorism operations across the globe. The maritime sphere of the Indo-Pacific was not a big priority for the George W. Bush administration or during Obama’s first term. It was around this time that China started rapidly modernising and strengthening its military, especially its navy. By the time of the 2016 judgement by the Permanent Court of Arbitration regarding the dispute over Scarborough Shoal in the SCS between the Philippines and China, the latter completed most of its island-building and militarisation of the disputed seas.

US policy of conducting increased freedom of navigation operations (FONOPS) and overflight have not altered the new status quo in the SCS. The US Navy and PLAN have been navigating in increasingly close proximity in the SCS. This kind of brinkmanship tests who blinks first and will only intensify China’s provocations if the US continues to exercise restraint. If the US were to call China’s bluff as per the current balance of power, the PLA would not be able to sustain a long-term offensive in the region. In opens seas, the US has the upper hand as China’s A2/AD assets in the SCS are yet to be battle-tested.

On 30 September, a PLAN guided-missile destroyer ‘conducted a series of increasingly aggressive manoeuvres’ to challenge the USS Decatur near Gaven Reef in the SCS. Till date, it was the PLAN’s most ‘direct and dangerous’ action to interfere with US FONOPS in the SCS. This came after the US Air Force carried out continuous bomber presence (CBP) missions using B-52H bombers in the SCS on 26 September. China described these CBPs as ‘provocative’.  However, US Secretary of Defence James Mattis said that these CBPs and FONOPS would be considered routine had China not militarised the SCS.

Following the 30 September incident, the US Navy has reportedly drafted a classified proposal to conduct a global show of force as a warning to China. Other countries in the Indo-Pacific have been facing stiff opposition from China in navigating the SCS freely. The US had been conducting its FONOPS to ensure that other countries can move through the region freely and uphold international law. However, if the US starts ramping up its show of force in its FONOPS, then it might be perceived by observers as anti-China deterrence operations.

What is becoming increasingly apparent is that other issues in US-China relations like the trade war and sanctions over the purchase of weapons from Russia are beginning to have a direct impact in the SCS. Prior to the recent close encounter near Gaven Reef the PLAN just used to observe and warn US assets to leave the area and subsequently issue a protest. China seems willing to demonstrate a stronger intent and capability against any external power in the region now. The US right now seems unable to find an appropriate response strategy to Chinese brinkmanship in the SCS.