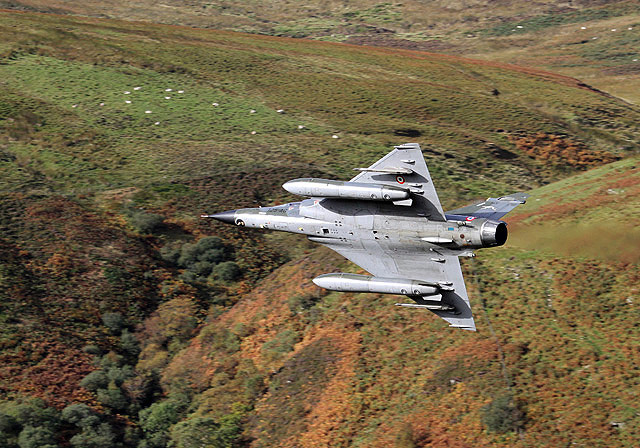 During the early hours of 26 February, the Indian Air Force (IAF), as announced by the Indian government, conducted airstrikes in Balakot, a small town in the Mansehra district of Pakistan’s Khyber Pakhtunkhwa province.

The unprecedented strikes, as submitted by the Foreign Secretary in a press briefing, targeted the “biggest training camp” of Jaish-e-Mohammed (JeM), a Pakistan-based militant organisation that claimed the 14 February suicide attack on a Central Reserve Police Force (CRPF) convoy in Pulwama, Jammu and Kashmir. More than forty paramilitary personnel were killed in the massive bombing.

Statement by Foreign Secretary on the Strike on JeM training camp at Balakothttps://t.co/0G0R5WhOeB pic.twitter.com/nyzUNiOkzB

The early morning airstrikes were undeniably significant, as this was the first time since the 1971 India-Pakistan war that the IAF had struck targets in undisputed Pakistani territory. However, the Indian government was swift in explaining that the strike was not directly in response to the Pulwama suicide bombing, but was a “intelligence-led, non-military, pre-emptive operation”.

The Indian government claimed that it had credible intelligence of more suicide attacks in other parts of India, and hence, in the face of “imminent danger”, it had to act decisively.

New Delhi claimed that the airstrikes, carried out by the IAF’s Mirage 2000C fighter aircraft, killed a “very large number of JeM terrorists, trainers, senior commanders and groups of jihadis who were being trained for fidayeen action.”

While the exact body count in the target areas is unclear, reports in the Indian media indicate around 300 terrorists neutralised, including JeM leader Masood Azhar’s son-in-law, Yusuf Azhar, Maulana Ammar, and brother of Masood Azhar and head of JeM’s preparation wing, Talha Saif.

The IAF, however, in a tri-service military briefing on 28 February stated that it would be “premature” to give an exact casualty figure at the moment. It merely contended that the objective that was sought to be achieved, had been achieved.

In all, twelve Mirage 2000 IAF fighter jets struck three targets in a pre-dawn raid and dropped a total of six bombs. This air raid was a major step-up from earlier counter-terrorist/anti-infiltration tactics and demonstrated India’s options and capabilities to execute them.

If the claims of high body counts in the Indian media or even the NSA’s tally are to be deemed true, then the payload was delivered quite accurately, contrary to official Pakistani statements. The Pakistan military spokesperson, Major General Asif Ghafoor, said that the IAF had to “jettison” their ordnance as they were engaged by the Pakistan Air Force (PAF). He claimed that the IAF was forced to drop four bombs at Jabba hilltop near Balakot as they were leaving Pakistani airspace, and that there were no casualties or damage.

Pakistan’s General Ghafoor said that out of the three IAF strike formations, only one (the one targeting Balakot) was able to cross into Pakistan airspace in the Muzaffarabad sector. One of the strike formations was allegedly trying to enter Pakistan via the Okara-Bahawalpur area near the international border.

If true, it is worth pondering whether the IAF was actually trying to bomb JeM’s headquarters in Bahawalpur or was it was just a diversionary tactic for the main attack at Balakot.

The third formation was apparently trying to ingress via the Lahore-Sialkot sector. This, however, seems unlikely unless the IAF was looking to strike Lashkar-e-Taiba/Jamaat-ud-Dawa headquarters at Muridke, Punjab province.

However, Indian sources say that three targets had been hit – Chakoti and Muzaffarabad in Pakistan Occupied Kashmir (POK), and Balakot in KP. This is contrary to the Pakistani statement that the IAF only dropped bombs near Balakot. If India had successfully struck only Balakot and not the other two areas as claimed, then too the strikes could have been seen as a major success.

After all, deep penetration into Pakistani airspace and a safe return until much later are no easy feats to achieve for any air force, that too at night. If the IAF had used stand-off munitions, as many observers suspect,  then the Mirage 2000 jets would not have to go all the way to Balakot.

The Israeli-developed SPICE-2000 guided bomb kits that the IAF reportedly used for the strikes has an effective range of 36 miles. Balakot lies at some 14 miles from Muzaffarabad. Each SPICE-2000 has a 900 kg Mk48 warhead, and can operate in bad weather. If even a single bomb did fall on the militant complex, one can expect significant casualties and damage. This bomb kit is further capable of picking from 100 potential targets and firing multiple bombs simultaneously against different targets located across a particular area.

Further, the bombs were programmed with GPS coordinates and an image of the target area, which featured six barracks, each at least 2-3 storeys high. Pakistan claims that the IAF was able to enter just 3-4 miles into Pakistan before being intercepted. This goes against Indian claims that PAF F-16s turned back after seeing the size of the Indian formation which sources say consisted of five Mirage 2000s, backed by more similar jets, along with a number of Sukhoi Su-30 MKIs.

The reason the Indian government called it an “intelligence-led, non-military operation” was to showcase that the attacks were not an attack on the Pakistani military or state, but against terrorists posing an imminent threat to Indian interests.

This was done to avoid escalating tensions, which were already soaring following the Pulwama attack. In striking terror camps, India was well within its right of self-defence, foundationally aimed at protecting its citizens from terrorists against whom Pakistan was taking no serious action. IAF’s successful ingress, bombing, and safe return from deep Pakistan territory demonstrates India’s capability and will to execute such operations under a nuclear overhang.

Despite the strike’s success, there still exists a substantial threat from terrorists waiting to infiltrate. Pakistan had warned of retribution at a time and place of its choosing and General Ghafoor has made a veiled nuclear threat by saying that the Prime Minister had called a meeting of the National Command Authority (NCA). The NCA is Pakistan’s primary nuclear launch authority.

General Ghafoor’s words, in this regard, were not so subtle: “I hope you know what NCA means.”

He also claimed that Pakistan’s response would be in “all domains”, including military. The Indian Army destroyed five Pakistani posts across the LOC in response to indiscriminate shelling late night on the day of the airstrikes.

On the morning of 27 February, at least three PAF jets violated Indian airspace in Nowshera sector in Jammu and Kashmir’s Rajouri District. Pakistan claims to have bombed targets against “elements that enjoy Indian patronage while carrying out acts of terror in Pakistan.”

Like India, Pakistan also said the strikes were against “non-military” targets while also stating they do not seek escalation. Interestingly, Pakistan maintains that its jets were operating in Pakistani airspace. Further,

General Ghafoor tweeted that Pakistan shot down two IAF jets, one within J&K and one in POK. He also claimed to have arrested the pilot on the ground. India too claimed to have downed a PAF F-16, the debris of which seemingly fell in POK.

In response to PAF strikes this morning as released by MoFA, IAF crossed LOC. PAF shot down two Indian aircrafts inside Pakistani airspace. One of the aircraft fell inside AJ&K while other fell inside IOK. One Indian pilot arrested by troops on ground while two in the area.

Later in the day, videos emerged of an IAF pilot in the captivity of Pakistani force who identified himself as Wing Commander Abhinandan – later confirmed by Pakistan as captured, and by the Indian government as “missing in action.” The latter also confirmed that IAF had lost one Mig-21 Bison fighter jet. By the day’s end, New Delhi confirmed that an IAF pilot had been captured by Pakistan.

As of 28 February evening, the Pakistani government has agreed to repatriate Wing Commander Abhinandan back to India. The IAF has also confirmed that PAF jets did drop bombs on Indian military complexes in J&K, including a Brigade and Battalion headquarter. It also confirmed that an IAF Mig-21 Bison had downed a PAF F-16, and showed fragments of F-16 specific air-to-air missiles as evidence.

As of now, the Indian military remains in a defensive posture at a heightened state of preparedness. It is not expected to indulge in any overt offensive action against Pakistan, contingent on the latter’s unilateral provocations. The situation, although less terse than earlier, remains aggravated.

Time will tell us if either country is willing to fiddle with the new red lines drawn in the past few days and the old ones that continue to shape the complex India-Pakistan relationship.

Views and analyses in the article are the author’s own.

Featured image for representation only: A Mirage-2000 in low flight | Geograph