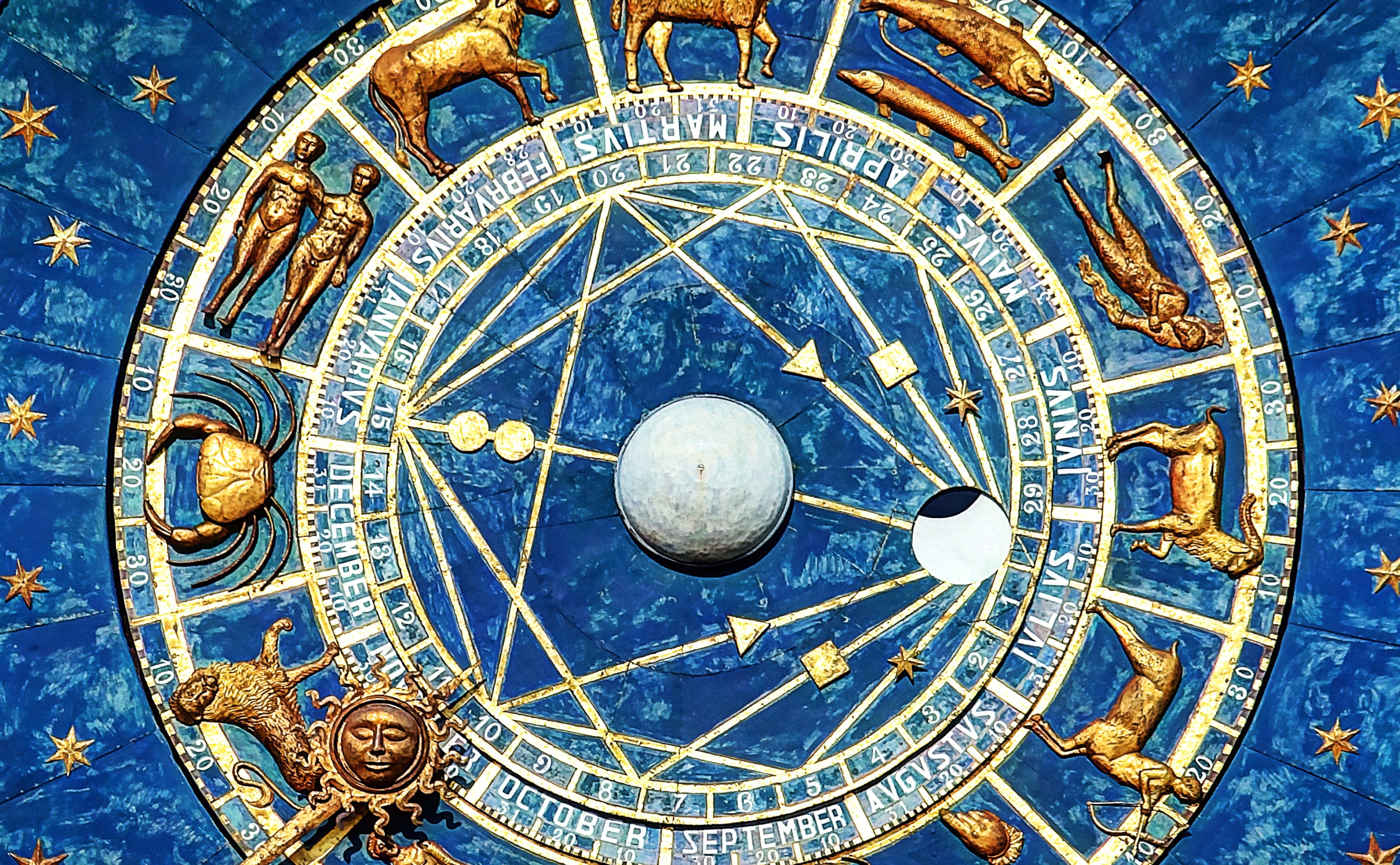 The role women played has been noticeably absent from discussion of astrology in antiquity, which focuses on the upper echelons of the political hierarchy and the powerful men that comprise its ranks.

But one way we can examine how women interacted with astrology is by looking, perhaps unintuitively, at the history of one such powerful man—the Roman emperor Hadrian and his association with the practice. Hadrian’s use of astrology was dependent on knowledgeable women and his relationship to them. Key moments in his life demonstrate how these women influenced Roman astrology and how their own legacies were, in turn, shaped by it. Paying attention to the less-visible women in this history can increase our understanding of how the Roman elite made use of astrology.

Hadrian, emperor of Rome from 117 to 138 BCE, considered himself a proficient astrologer and predicted the occurrences of his own life “down to the very hour of his death.” Perhaps this is not unusual, as astrology was already used in Hadrian’s family; his great-uncle Aelius Hadrianus, for example, was a master of astrology who predicted Hadrian’s future rise to emperor. The veracity of this information, however, is questioned, and it is unclear whether the stories of Hadrian’s use of astrology are based in truth or just propaganda.

“Paying attention to the less-visible women in this history can increase our understanding of how the Roman elite made use of astrology.”

There was one member of Hadrian’s retinue, however, whose association with astrology is verifiable: Julia Balbilla. Balbilla is generally regarded as a poet for verses she carved into the Memnon Colossus, and her association with Hadrian was a result of her joining the service of his wife, Vibia Sabina. Balbilla accompanied Hadrian and Sabina on multiple trips outside of Rome, one of which saw her carving her poetry.

Yet she was also the great-granddaughter of Thrasyllus, astrologer for the emperor Augustus, and granddaughter of Balbillus, who was himself recognised as an expert in astrology. Balbilla was a descendent in a long line of “gentlemen astrologers.” By failing to pay attention to the women operating in Hadrian’s life, it becomes too easy to put the emphasis on Hadrian’s possible astrological associations and entirely miss the credible one in Balbila.

Balbilla’s story is actually much more interesting than that of a member of Hadrian’s court. Classics scholar T.C. Brennan suggests that Balbilla joined the queen’s service because Sabina had carried out several affairs with the learned men of her retinue on previous trips, and Hadrian wanted the queen exposed to more “women of letters,” presumably to avoid the temptation of men.

Adding Balbilla to her retinue, however, did not seem to stay Sabina’s desires, and some authors claim that Balbilla was no mere courtly member, but Sabina’s lover. The existence of such a relationship is surely aided by Balbilla’s poem inscribed on the Memnon colossus in which she praises of the “lovely form” of Sabina:

“Yesterday Memnon received [Hadrian’s] wife in silence,
so that the beautiful Sabina might come back here again.
For the lovely form of our queen pleases you.”

Regardless of Hadrian’s own personal association with astrology, we know that Balbilla, a descendent of a long line of expert astrologers who served multiple emperors, was a member of his imperial court. Whether she served as an astrologer for Hadrian is unattested, though not unimaginable. Hadrian’s association with astrology was clearly not limited to his own, male family line, but was also joined with that of Balbilla’s, adding depth, authority, and an unavoidable connection to women astrologers.

Another way of understanding women’s roles in astrology in antiquity is to look beyond the practitioners and to the people for whom astrology was used. On the occasion of the death of his lover Antinous, Hadrian saw a comet in the sky that he used to memorialise the man. Cassius Dio writes the account of this, noting that Hadrian saw this bright new “star” after the death of Antinous and his companions confirmed, spuriously, that “the star had really come into being from the soul of Antinous and had then appeared for the first time.” This sort of deification-through-comet was not uncommon in Rome, but not every death merited such grandiose memorialisation.

In fact, Hadrian was ridiculed for not honouring his sister, Paulina, in a similar way upon her death. Surely a woman as close to him as his sister, with all the connections and resources of the upper class, merits some similar astrological memorialisation! The act of commemorating, or choosing not to commemorate, was astrology in action in full public view. Unlike many other public performances of this science, including astrological art and buildings, commemoration did not seem to necessarily support Hadrian’s actions or augment his claims to power—that is, it appeared more personal than propagandistic. And if this was a personal move, then where is Paulina’s “star”?

Women, it would seem, could be astrologers in Hadrian’s court, but, despite elite birth and a relationship with the emperor, did not always merit the use of astrology. The spaces left for women in astrology were not always positive, as they were for Balbilla; sometimes they were negative spaces, where women should have been remembered but were deliberately left out. Astrology provided both a space for knowledgeable women and yet another avenue to diminish or erase them. Hadrian’s refusal to associate Paulina with astrologically significant events can tell us something about who Hadrian thought the stars were for.

Astrology also played a role in Hadrian’s personal decision of heir. Hadrian initially adopted Aelius Verus as his successor, but he worried about this choice. Luckily, Hadrian knew of a horoscope for Verus that claimed he was fated to die young, before the title and power would ever pass to him. He was safe, therefore, in his selection of Verus, knowing that Verus would never assume the role of emperor and that Hadrian would get to select a second heir (he settled on Antoninus Pius). To determine the line of succession for the Roman empire, Hadrian relied heavily on astrological information concerning.

The reason that Hadrian’s heir was even a topic of discussion is necessarily related to his wife, Sabina. Hadrian and Sabina were childless, making Hadrian’s successor a matter of great concern. The emperor’s wife may not have played any role in the selection of an heir, but she was a critical component in the need to find an heir at all. Some sources even suggest that the couple’s childlessness was intentional on Sabina’s behalf. Sabina complained about her husband’s poor treatment of her and took steps to avoid pregnancy. If this is the case, then Sabina is even more integral to the issue of heirs and Hadrian’s eventual turn to horoscopy. Despite this, discussion of Hadrian’s heir usually occurs entirely without any mention of Sabina.

“Hadrian’s connection with astrological knowledge cannot be separated from the women in his life and how for them, astrology opened a space for both assertion and restriction.”

The selection of Hadrian’s heir is linked both with astrological readings as well as to his wife. While Sabina herself has no direct link to horoscopes or astrology in general, she is intimately related to Hadrian’s need to rely on astrology in his private decision making and helps to further explain and complicate the situation of heir-selection. Even though Verus’s horoscope is an interesting component of Hadrian’s selection of heir, it would never have mattered were it not for Sabina’s role in the story, so it is one that should not be told without her.

Hadrian’s life seems tied to astrological knowledge, from grandiose public-facing displays to difficult choices in the makeup of his court. Yet each of these uses has its own association with women, whose role in astrology is often left out. While the association between Hadrian, astrology, and women may not be direct, it seems apparent that these complex interactions were ubiquitous. Uncovering how women used and were affected by Roman astrology gives essential context to Hadrian’s, and other elite men’s, interaction with the subject. Hadrian’s connection with astrological knowledge cannot be separated from the women in his life and how for them, astrology opened a space for both assertion and restriction.

Identifying the role that women played in Hadrian’s use of astrology crucially fights back against their deletion from his narrative and restores some agency to these women. But it also has problems—it ties the history of women and astrology with one powerful man, which is neither necessary nor indicative of their overall role. The goal, afterall, should not be to remember to tell the story of women when discussing Hadrian’s astrology, but to remember Sabina, Julia, and Paulina themselves and let them tell their own stories.

This essay was originally published in Lady Science.

E.L. Meszaros is a PhD student in the History of the Exact Sciences in Antiquity and frequent researcher with the Autonomy Incubator at NASA’s Langley Research Center.