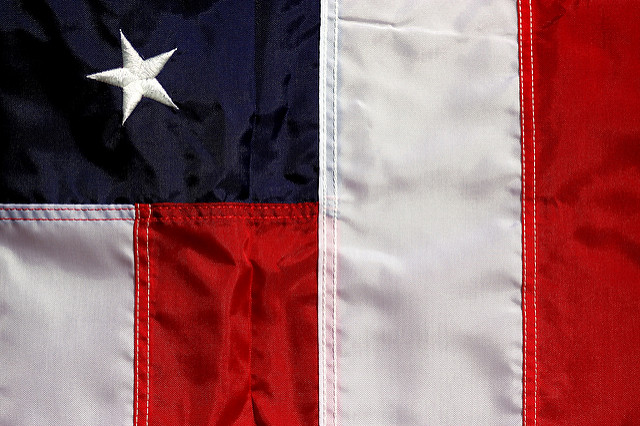 In a December 2016 New York Times editorial, columnist Roger Cohen declared: “Pax Americana is over. It had a good run.”

His sentiments found solidarity in the grand neoliberal establishment of modern America, the same establishment that was out to solve the very problems that it had itself created. For this powerful alliance of elites who felt threatened by ‘outsiders’ like Bernie Sanders and Donald Trump, Pax Americana was apparently an agenda of global peace, rooted in the refurbished values of human rights, development, and liberalism.

Then came along a renegade President who stripped Pax Americana naked, down to its ugliest and truest core. Donald Trump.

Trump did not create a new establishment. He rode on to the existing one. Not unlike his predecessors, he surrounded himself with the same old trigger-happy men who envisaged the grand American project in one form and sold it in another, oh so craftily. The only difference: Trump lacks the mental faculties to conceal the fact that he discussed a missile strike with an adversarial leader over chocolate cake.

Right now, it almost feels like the American military-industrial complex is staging a massive worldwide exhibition of its force power, with little restraint. From the western Pacific to the eastern Mediterranean, the Pentagon’s global war machinery is thundering like a war rig, ploughing through open fields of hegemony that the American state has created and nurtured over the past half a century.

Leading this flashy stage show – complete with $800,000-a-piece guided missiles and 10,000-kg super-sized bombs – is a cheerleading President who appears to be feverishly fond of his country’s military and ‘beautiful chocolate cakes.’

What is particularly ironic is that barely three months into office, the ‘outsider’ President is already doing insider things: he has unilaterally attacked a foreign government using cruise missiles, is threatening another in possession of a quasi-active nuclear arsenal, and has dropped a terrifying bomb in restive mountains afar.

In doing so, he has basically confirmed the long-held belief that ‘American isolationism’ is a myth; at best, it is an election-time tripe that sounds fantastic but is unworkable and perhaps, detrimental to the American project.

But, Trump’s unenviable turnaround should hardly be a surprise. If Pax Americana is a massive war rig in reality, then Trump is only its newest commander.

Fact is that the American military-industrial establishment is no less than a grand, overbearing edifice with a labyrinthine global presence. Arguably, the Pentagon’s power projection across the world is so overwhelming that very few can escape its grip, and the American leadership isn’t one of them. Truman, Kennedy, Bush, Obama – the best of men gave up their apparent benignity under the influence of Washington’s deep-seated militarism to wreak havoc across the world in their own peculiar ways.

So, if ‘seductive’ is what the global American military project is, then Trump – being Trump – is a natural prey. Why else would he not stop gloating about missiles and bombs over dessert? For a nationalist of his kind, the American military is indeed as delectable as dessert.

Hegemony through the Ages

Global hegemony needs a premise of power. Washington, like many others, finds that in ‘national security’. When Trump said, in his post-strike official statement, that the US struck Shayrat airfield in western Syria to protect ‘vital national security interests’, he only conjured up a time-tested trick from an age-old playbook. Almost all Presidents have ingloriously fished out the ‘national security’ bunny from their hats to hypnotise an unsuspecting global audience. Without this one magic trick, the American project is unrealisable.

All of this – the craftiness of method, the impressive organisation, the meticulousness, the enchantment – doesn’t take away the fact that the American global project is largely premised on two axiomatic traits: hyper-reaction and deceit.

This was true for Truman’s hyperbolic reaction to Pearl Harbour when he ended up murdering more than 200,000 people in a span of three days under the garb of ‘national security interests’. This was also true for almost all administrations during the Cold War period when the Pentagon – as narrated by whistleblower Daniel Ellsberg in What Can and Cannot Be Told – completely misjudged the missile gap between US and Soviet Russia, thus triggering an avoidable arms race. This was, of course, also true for George HW Bush who unleashed unprecedented violence in Iraq despite a pledge to not interfere in the latter’s conflict with Kuwait.

Finally, the trope of overreaction bloomed in all its glory during the Bush-Obama era of hyper-securitisation when Washington decided to not just initiate a bizarre, nonsensical war against a tactic (terror) but also overthrow a foreign government based on fabricated evidence. Today, we stand silent witnesses to Trump doing the exact same thing with Syria – except Syria is not Iraq, and Assad is not Saddam. We cannot say with certainty if the pool of evidence presented by the Trump administration is credible, but we can definitely say that it remains uncorroborated.

But, why does a trigger-happy man even need ‘credible evidence’? In fact, that is precisely what she/he does not need. Washington has plenty of hawks to make sure that Trump breezes through the tedious process of locating precise evidence to directly move into lock, load, and fire. In the larger context, they are there to ensure that Trump, like all his predecessors, employs America’s coveted playbook of global influence in ways that fit the political and security needs of the times while taking the American military-industrial complex’s juggernaut forward.

In other words, they stand straight to hold Trump’s little hands as he practices Pax Americana like it has been in the secret history of Americanism.

But, if we keep the raw, smelly politics of it all aside, we might realise that the past few weeks have been genuinely bizarre. It’s been almost two weeks since the Khan Shaykhun chemical attack, and most of us seem to have already moved beyond – if not forgotten – the tragic sight of young children choking to death. Instead, Trump’s esoteric serenades in Mar-a-Lago and weird television interviews sit tight on the peripatetic news cycles. A salty smattering of a 10-tons superbomb and a sexy ‘naval strike group’ makes it all even more engaging.

All of these while distant observers remain tightly hooked to morbid videos and flaccid, Cold War-style commentaries that are so deeply rooted in the interventionist discourse that humanitarianism looks like an imbecile joke now. But, why not? After all, all of this is nothing more than a grand joke, perhaps.

Angshuman Choudhury is a Researcher at the New Delhi-based think tank, Institute of Peace and Conflict Studies (IPCS).