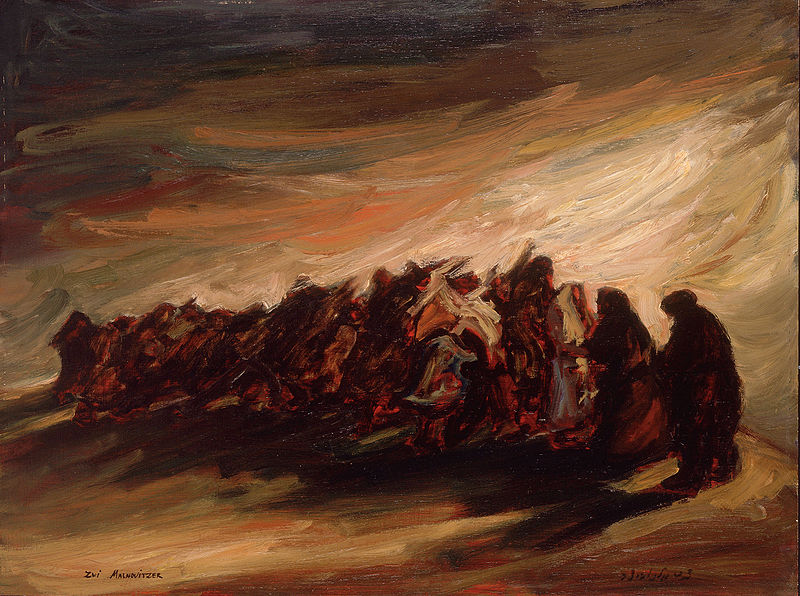 Read Part I and Part II of this series.

When you arrive at the Greek island of Samos after a five-hour boat journey through the Aegean Sea, you are overwhelmed by the feeling that you have arrived in the Netherlands and not just Greece. You broadcast your arrival to your friend in the Netherlands who had reached there a year earlier and he replies “You enjoy the beauty of the islands around you, despite the misery of your surroundings.”

For one second, the words of the friend seem like a luxury that is alien to us. I reached the Greek island, exhausted as though I am on my last breath. But the three days I spent on that island waiting along with hundreds of others the ship that will take us to Athens was sufficient to provide a beauty and innocence that contradicts the image of buying and selling of people and their destinies in its cruelest of scenes as I witnessed in the two days that I spent in Izmir.

In Izmir, Turkish merchants invest in the trafficking of refugees; selling and purchasing directly the residency permit circulating through many Syrians. These merchants are the kind of people whose images fill medieval wars. They are not oblivious to the suffering of refugees, but they have far more important goals than what the refugees envisage, therefore these merchants won’t have real pity on anyone.

On the Greek islands, the Greeks seem to be more miserable and depressed than the refugees themselves and many were quite open and vocal in expressing their wish to walk with the refugees in their path and escape to the so-called land of dreams.

Throughout the three days on the island, the refugees who have settled in the “boat” are divided into hotels and pavements. Each according to his/her economic situation. But when the time of the ship that will take them to Athens arrives they will all return to being ‘equal’ again and descend into the ship in a scene that I have watched so many times on documentaries that talk about the great Jewish escape from Europe to Palestine. ‘How similar is today to the past,’ you will probably be saying. As if the goods of the Europeans is returning back to them, even though the religions of the people who escaped from Europe differs to those who are now escaping to Europe.

The ship passes through to Athens across the Aegean Sea, which I passed through via a boat few days ago from dawn to sunset. You try to stay calm as you recall everything that you had witnessed during those 5 hours . You do not believe that you survived. For a moment, while you were inside the faulty “boat” with the hole, trying to empty the water that leaked into it, with a small nylon bag in the midst of the screams of children and women, I wished that everything would stop and does not turn back.

For Izmir is now behind you and the Greek islands regardless of its bright lights that tricks you into thinking it is near, the islands is still far away in practical terms. The cold water that hits your back exceeds your ability to tolerate it and you try not to drown by focusing your sight on the stars. You try to recall all the supplications of saints that you know which intercede for those who are lost.

However, regrets takes over your feelings. Nothing was worth the risk of riding the sea like this, especially if you actually drown and die in this dark, cold water. Just as you try to control yourself as much as you can, the young man near you continues to shiver and hallucinate. You push him to sit down on your knees and calm him down but he slowly starts to draw his breath. You then realise and Know that you should not lose your composure so that you don’t reach your destination alone, but to reach it with others beside you. Either we all get there or no one arrives.