Home Opinion Kurdistan Referendum: What Urges Kurds to Opt Out of Iraq? 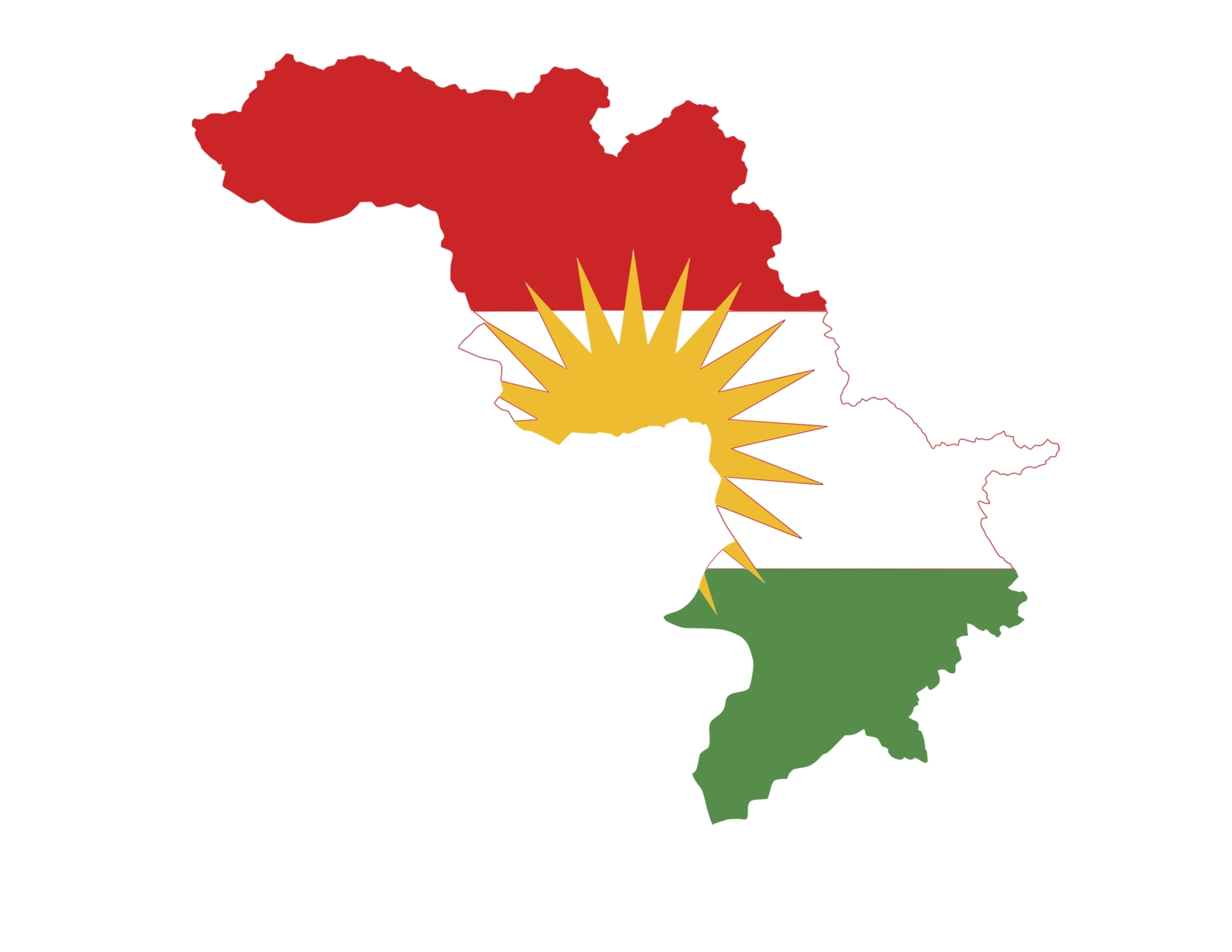 Editorial Note: Iraqi Kurdistan is set to vote in a historic referendum for independence on 25 September 2017 to put a stamp on its longstanding desire for self-determination. While the result of the referendum, which experts predict will be an almost-unanimous ‘YES’, will be binding on the Kurdish Regional Government, its legality has been questioned by the central government of Iraq in Baghdad. The United Nations, too, has warned of the referendum’s destabilising effect on the region.

The new Iraq after Saddam Hussein’s fall in 2003 was supposed to be a democratic federation based on real partnership of Arabs, Kurds, and other components of the country. It was meant to be a beacon of democracy and progress for the mostly non-democratic states of the region. Thirteen years on, and Kurds have concluded that sectarian Baghdad has no respect for the values the new Iraq was built on.

The only dialogue Kurds now consider to be fruitful with the government in Baghdad is negotiating the terms of Kurdistan’s independence, rather than bargaining on economic and political gains. The question remains why Kurds have reached this conclusion.

A Look Into The Past

A glance at Iraq’s troubled history can be quite helpful in understanding the roots of the country’s problems. In 1914, British forces started an offensive on Ottoman territories from Basra, and by the end of 1918, the Ottoman provinces of Basra, Baghdad, and Mosul were under British control. Due to colonial interests, in 1920, the heterogeneous population of Shiite dominated Basra, Sunni Dominated Baghdad, and Kurdish dominated Mosul provinces were brought together under the umbrella of a new state called Iraq. Faisal, A Sunni Arab from Saudi Arabia was appointed as the country’s king.

From the outset, Kurds and Shiites severely opposed to be the citizens of this artificial entity. Nevertheless, their revolts were cruelly crushed by brute force. The aim of Kurdish struggle was establishment of a Kurdish state; but, this demand was frequently met by Iraq’s military response supported by British ground troops and Royal Air Force (RAF) bombardments. However, in spite of holding the country together by force, British colonialism and the country’s appointed rulers were incapable of forging national unity among the country’s citizens.

In his 1937 memoirs, King Faisal states: “Regrettably, I can say there is no Iraqi people yet, but only deluded human groups void of any national idea.”

In 1958, Iraq’s monarchy was toppled and replaced by a republican regime. Nonetheless, regime change did not bring about the desired change for the long-oppressed Kurdish people. Indeed, Iraqi Kurds experienced the worst episodes of their modern history under the successive republican regimes that ruled the country in the 1958-2003 period. Their revolts for national rights were responded by disproportionate genocidal responses of Baghdad. Tragedies like the chemical bombardment of Halabja, massacre of nearly 200,000 civilians and burying them in mass graves, and destruction of over 1400 Kurdish villages are just few examples of Baghdad’s atrocities against the Kurds in this period.

Despite the bitter history, Kurdish leadership decided to open a new page and rushed to Baghdad in 2003 to help build a new democratic, federal, and pluralistic Iraq that respects the rights of all the country’s citizens, regardless of their ethnic or religious background. A new constitution was drafted and ratified for the country in 2005 that included some of the long-desired Kurdish demands, such as official recognition of Kurdish language, Kurdistan Region’s institution, and Kurdish army called Peshmerga, in addition to measures for settling the disputes between Baghdad and Kurds over the areas Kurds consider as Kurdish, especially the oil-rich city of Kirkuk.

Kurdish hope in new Iraq soon faded, as Baghdad proved unwilling to give in to Kurdish demands. In particular, Baghdad ignored the constitutional articles regarding the resolution of the issue of disputed territories and allocation of budget to and arming of Peshmerga forces as a constitutional part of Iraq’s defense unit.

Iraqi Shiites who were the new rulers of the country and enjoyed the electoral majority, followed the steps of their Sunni predecessors and resumed anti-Kurdish policies. Different mentalities of Kurdish and Shiite rulers further pushed the Kurds and Baghdad away from each other. The latter was more in favor of centralisation, while the Kurds, with fresh memories of massacres under the centralised regimes in Baghdad, were pushing towards decentralisation with the aim of gaining more powers for the federal regions.

The brave #Peshmerga forces have spilled blood for nothing less than the independence of #Kurdistan. #YesKurdistan honors their blood. pic.twitter.com/rmu7uRp1hb

These diverging attitudes further complicated the solution over disputed territories, Peshmerga, management of hydrocarbon resources, and distribution of budget, to the extent that Baghdad was militarily threatening Kurds through dispatching army units to the disputed territories, and finally cut the Kurdistan’s share of national budget in early 2014.

Referendum On The Cards

Kurdish leaders started to talk about the referendum the same year, but sudden attack by Islamic State of Iraq and Syria (ISIS) terrorists and their sweeping victory over Iraqi troops in Mosul, Tikrit, and some other cities and towns put the Kurdish plans on halt. Iraqi army proved incapable of protecting the life of Iraqi citizens as its army units deserted en mess. Meanwhile, as Iraq avoided arming the Kurdish Peshmerga forces, Kurds lost big chunks of territory due to lack of modern weapons and ammunitions in the face of ISIS offensive on the Kurdish areas.

Despite the ongoing war on terror against ISIS, Baghdad did not send the Kurdish region’s share of the budget while Kurds were hosting nearly two million internally displaced Iraqis and Syrian refugees. Baghdad evaded arming the Kurdish forces despite obstacles faced by the coalition troops in arming the latter.

Now, Iraq is moving towards the post-ISIS era and after 14 years of negotiations and empty promises, Kurds are disillusioned with Baghdad’s intentions on real partnership with Kurds or resolution of the long-standing disputes. They want to practice their right of self-determination endorsed by the international law and start negotiations with Baghdad for peaceful secession and establishment of the state of Kurdistan. This step is harshly criticized by Baghdad and neighboring Iran, Turkey, and Syria that all have sizeable Kurdish populations and are worried about the domino effect Kurdish statehood in Iraq can have on their own countries. Meanwhile, the UN and Western powers have raised their concerns and advised Iraqi Kurds to turn to Baghdad for negotiations and stop the scheduled 25 September vote. This is because they are worried about the negative impact of the referendum on the war on ISIS and stability of the region.

However, Kurds are firm to go ahead with the vote, as they consider it their natural right to have a state of their own to avoid future genocides and atrocities.

They refer to 25 years experience of Iraqi Kurdistan’s self-rule (1992-2005), and the crucial Kurdish role in fighting ISIS and hosting refugees as proof that Kurds are the stability factor in the region. But, Kurds are indeed puzzled by the international community’s double-standard in dealing with their right of self-determination.