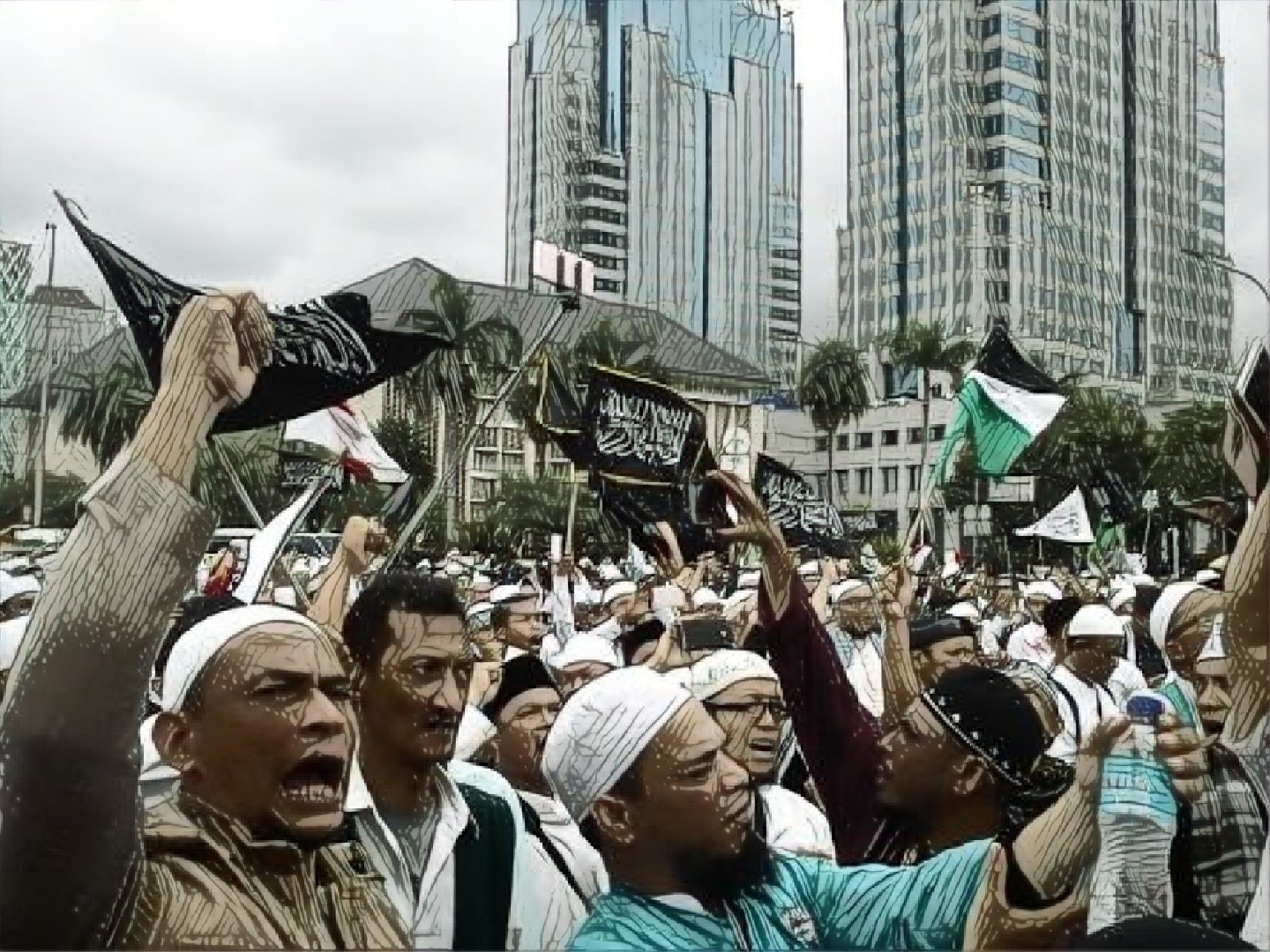 After banning Islamist organisation Hizb ut-Tahrir Indonesia (HTI) through a decree in July 2017, Indonesia has now moved to codify in law government power to summarily disband community organisations deemed to be against Pancasila, the country’s state ideology.

On Tuesday, October 24, of 445 lawmakers present, 314 members from seven factions agreed to approve a regulation in lieu of law on community organisation (Perppu Ormas). Some 131 members from three opposition factions objected.

HTI was one of the Islamist organisations that rallied against the former Jakarta governor, Basuki “Ahok” Tjahaja Purnama, for his comments on Islam. Ahok is now in jail after being convicted of blasphemy.

A Battle of Extremes

The Perppu Ormas serves as a political tool for President Joko Widodo’s administration. Jokowi, as the president is commonly called, is wary of the rise of Islamic populism. He has seen how it managed to mobilise large numbers of the Muslim community to bring down Ahok, a Christian Chinese-Indonesian widely seen as clean and competent by the Jakarta electorate.

Unable to rely on pluralist or tolerant Islam – which is poorly organised and lacks a large social or political base – it seems that Jokowi’s administration views ultra-nationalism as the answer to rising Islamic populism in Indonesia.

In arguing for the Perppu Ormas, the government used militaristic language: “a threat to the Unitary State of the Republic of Indonesia (NKRI)”, or “national alert” (kewaspadaan nasional). The military under Soeharto’s New Order regime commonly used these phrases to justify repressive approaches.

At this point, a return to military involvement in Indonesian politics is unlikely and would be unpopular. But the military clearly sees the Perppu as an opportunity to claw back some influence in political life. Several high-ranking military personnel have publicly supported it.

Since the declaration of independence in 1945, the relationship between Islam and the Indonesian state has been a constant source of debate.

In June 1945, leaders of the independence movement produced The Jakarta Charter, a document that laid out the first draft of the country’s founding principle, Pancasila. The charter included an obligation for Muslims to follow Islamic law.

But the country’s first president, Sukarno, deleted this, restating Pancasila’s first principle as “Belief in God Almighty”. Sukarno moved to embrace other religious communities, particularly in the eastern islands, with the aim of preventing them from making their own demands for independence.

This lack of clear acknowledgement in the Constitution of the dominance of Islam became a grievance among some Muslim communities. In 1949, the radical Darul Islam movement emerged in West Java, calling for Islam to be recognised as the basis of the state. It gained popularity in Aceh, South Sulawesi and South Kalimantan. Sukarno ordered military operations to dissolve the movement, resulting in an estimated 16,000 to 40,000 deaths.

Under Soeharto, the military and Islamic groups worked closely together once again in the early days of the New Order to kill or imprison alleged communists.

Islamic groups had expectations of being offered political space in the regime. Instead, Suharto’s regime forced Islamic groups to unite in one political party, the United Development Party (PPP), which it tightly controlled.

Religion is compulsory for all citizens, but this, too, followed Pancasila orthodoxy. Pancasila was used as a means to establish control, eliminating both the now banned Indonesian Communist Party (PKI) and Islamist movements as sources of contested power.

Suharto continued using the military to suppress dissent. The military was not only in charge of state security from foreign threats but also was involved in socio-political affairs through the so-called military’s dual roles (dwi-fungsi). The military repressed groups it saw as not adhering to Pancasila. This often involved violent means, such as the Tanjung Priok massacre in 1984, which resulted in more than 400 casualties.

The fall of Soeharto’s New Order in 1998 ushered in press freedom, multiparty democracy, the end of the military’s role in politics, and the lifting of restrictions on civil rights.

Today, there has been greater expression of Islam in everyday life. Diverse forms of political Islam – from liberal to radical – have emerged.

Lessons From The Past

While HTI’s platform is considered intolerant and undemocratic, it is still important not to ignore the lessons of the past simply to keep the current administration in power.

It might serve short-term goals for Jokowi. But the Perppu could have serious implications for the future of Indonesian democracy.

The Perppu ignores a legal process that is the base of democracy by giving the government the authority to disband any community organisation without trial. The Perppu as a legal product could be used like a “gun” being pointed to any direction depending on the interest of the “gun holder”. Even human rights defenders could be potential targets as seen in the attempt to disband the Jakarta Legal Aid Institute.

We are going to see these contested power plays at least until Indonesia’s next presidential election in 2019. Brace yourself.