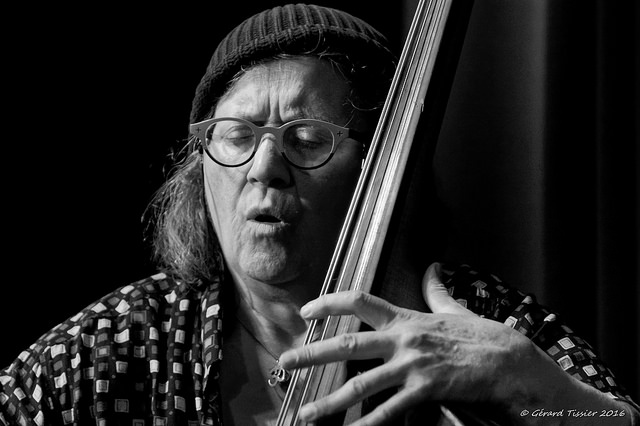 Every year since 1986, the Les Victoires du Jazz Awards selects France’s best jazz musicians. In 2017 all the nominees in all categories were men. Two decades ago this would not have been a story, but today it stands out and shows that there is something off and obsolete about this old boys’ club. It may have also been the case that, 20 years ago, female jazz musicians may have been reluctant to kick up a fuss. Fortunately, not anymore.

The 66-year-old veteran French bass player, Joelle Léandre, wrote an open letter to Les Victoires, where she criticised the awards and asked the obvious question: “How is it possible that in the 21st-century, again and again, not a single woman is nominated?”

Jazz has always been about taking risks and spearheading aesthetic and social revolutions. It served as a fundamental voice against racial and social discrimination and as a crucial vehicle for promoting democracy and intercultural dialogue.

However women in jazz – and in music generally – have been traditionally relegated to very specific roles or, in some cases, disregarded altogether. In the past they would be naturally accepted as singers or pianists. But taking the saxophone, the bass or – God forbid – the drums was clearly off limits and not suitable for them.

The Gender-stereotyping of Musical Instruments, a study conducted by Ables and Porter in 1978, showed that respondents perceived some instruments such as the drums, trombone and trumpet more often regarded in jazz bands as “masculine”. Whereas the flute and violin were seen as “feminine”.

The profusion of inner circle misogynistic jokes within the music world, as well as the tokenistic way all-female bands in the 1930s and 1940s were publicised only helped feed the notion that a woman playing the saxophone was something exotic and entertaining. Judy Chaikin’s 2011 documentary The Girls In The Band exposes the struggle women had to endure against objectification in jazz.

Pianists Marian McPartland and Alice Coltrane, saxophonist Jane Ira Bloom, trombonist Melba Liston, and bandleader Carla Bley are just some examples of how female musicians have come to be respected for their music, particularly since the late-1970s.

Today women take leading positions in jazz education, research and promotion. Monika Herzig, chair for the Jazz Education Network Research Interest Group (JENRing), or Ros Rigby, the president of the intra-European jazz promoters’ network Europe Jazz Network, are perfect examples. And, to be fair, even Les Victoires has given awards to female artists in the past – Anne Paceo (drums) and Airelle Besson (trumpet) are among the very few.

But try to think of a movie (apart from the comedy Some Like it Hot) where you can find a woman playing an instrument in a jazz band. I’ll spare you from looking into 2016 (La La Land) or 2014 (Whiplash) – they’re not in there either. And that is only the visible side of a still rather male-dominated world.

Gender discrimination is not exclusive to the jazz world. Every year in January Revolver magazine issues their “Hottest Chicks in Hard Rock” calendar, where female musicians are depicted in sexy poses with their instruments. At a press conference in June 2016 in Australia, where she was launching her Digital exhibition, Björk stated:

“The fact I’m a woman and I can do what I do, it’s kind of unique, really. I’ve been really lucky. But I have been hitting walls. What’s really macho, for example, is music journalism. It’s really like a boys’ club. They like music that is… well, a lot of it is for boys.”

In classical music, things aren’t much different. The Vienna Philharmonic didn’t accept female musicians to permanent membership until 1997. The harpist Anna Lelkes, who had by then performed with the orchestra for 26 years, was the first to be accepted as an official member. But it would take nine more years and a passionate media campaign for any more women to be hired.

In 1967, George T. Simon wrote in his book The Big Bands: “Only God can make a tree, and only men can play good jazz.” Simon started as a drummer and was one of the most influential jazz commentators during the swing era, as associate editor and then editor-in-chief of Metronome. Women had proven him wrong way before he wrote that. But he had a voice. The voice that wrote the history of jazz, that validated who was who in the jazz world was a male voice. But that has changed.

Inspired in the #MeToo movement, several jazz female musicians from around the world founded “We Have Voice” against sexual violence and gender discrimination in music. It’s quite interesting that the first article in their manifesto online states their “commitment to creating a culture of equity in our professional world”. Their website also features a definition of sexual harassment, useful information on assault, consent and even tips for bystanders.

These are clearly women who have taken a crucial stand, drawing from what was done by the pioneers before them. These are informed, educated, travelled and successful musicians who will not take it anymore. This is a new generation of women who are pointing out what is absolutely obvious today – equity is inherent to music.

Jose Dias is a Senior Lecturer in Music at the Manchester Metropolitan University.