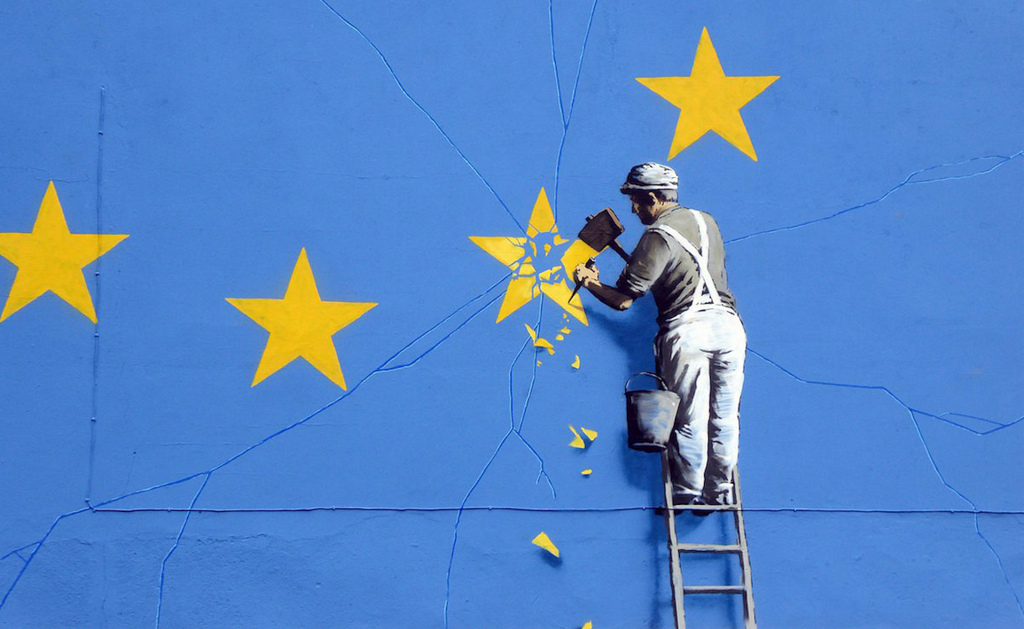 Two years after the referendum, the UK government briefly appeared to agree on its vision for the future UK-EU relationship. A three page document, outlining the UK position, was published following a long meeting of cabinet ministers at the prime minister’s country retreat of Chequers on July 6.

The new position aims to address the Irish border issue and potentially offers a softer version of Brexit than was previously talked about. It has prompted the resignation of three ministers. The Brexit secretary, David Davis, and his number two at the Department for Exiting the EU, Steve Baker, stepped down just 50 hours after the publication of the three-page document. This was followed by foreign secretary, Boris Johnson. Such dramatic developments raise serious questions for the UK’s Brexit strategy and the future of the government itself.

So what was agreed to at Chequers and why has it led to these resignations? Davis stepped down because he felt the new plan cedes too much control to the EU. Notwithstanding, the new plan should be understood as only the starting point of negotiations over the future UK-EU relationship. In that sense, we should expect the UK position to further evolve in the months to come.

The government’s new position has substantially evolved from its previous proposals for the UK’s future economic relationship with the EU. It has been dubbed a “third way” between the two proposals that the government published in August 2017.

Davis stepped down because he felt the new plan cedes too much control to the EU.

The first was a highly streamlined customs arrangement that came to be known as “max-fac” (short for maximum facilitation). It aimed to simplify the UK’s customs arrangement with the EU by using a variety of IT solutions to avoid a customs border between Northern Ireland and the Republic. Jon Thompson, head of HM Revenue and Customs estimated that the cost of building the necessary infrastructure for this option would be about £20 billion.

According to the second model, a new customs partnership, the UK would mirror “the EU’s requirements for imports from the rest of the world” as if the UK was still a member of the EU’s customs union. The UK, under this model, would still be free to pursue its independent trade policy.

This could potentially lead to differences in its tariffs with the EU ones. To deal with this problem, an unprecedented and untested repayment mechanism was proposed. According to it, imports to the UK would pay whichever was the higher of the UK’s or the EU’s tariff rates and traders would claim “a refund for the difference between the two when the goods were sold to an end user in the country charging lower tariffs”.

Apart from the cost and the feasibility, the biggest problem of the previous two proposals was that neither of them addressed effectively the Irish border conundrum. Neither could secure a frictionless, invisible border, given that the UK’s intention is to leave the single market and the customs union after Brexit.

As the UK government had previously conceded, upholding its Irish border commitments required regulatory alignment. Without the same regulatory standards on the two sides of the border, checks would be required on the various products that would be crossing it to ensure the integrity of the single market.

This is why the new plan proposes to establish a free trade area for goods between the UK and the EU where “a common rulebook for all goods including agri-food” will exist. The UK will commit, by international agreement, “to ongoing harmonisation with EU rules on goods”. This echoes the mechanism of the European Economic Area whose members have to adopt the new or reformed regulations that the EU institutions produce.

the biggest problem of the previous two proposals was that neither of them addressed effectively the Irish border conundrum.

At the same time, the government contends that parliament can guard the UK legal order from future EU legislation in an arrangement that somehow resembles the EU’s relationship with Switzerland. Given the ongoing crisis in EU-Switzerland relations over the issue of free movement of people, the UK government is right to recognise that such action might lead to unforeseen consequences. At the same time, it effectively puts into question whether the UK parliament would have real power to diverge from EU regulations on goods.

The starting point of negotiations

The proposal that came out of Chequers is not the definitive end state of the future UK-EU relationship, as some have suggested.

But even if the resignations of Britain’s main negotiator and the foreign secretary do not lead to a political crisis, the Chequers deal should be understood as the UK starting position in its negotiations with the EU.

The Chequers proposal does not sit comfortably with the models for the EU-UK relationship that the EU has already suggested. It is not a Canada-style free trade agreement with the Northern Ireland backstop option. Nor is it an economic relationship that allows the application of all four fundamental freedoms of movement, as the “Norway” option does.

Still, it is the first comprehensive position that the UK has put forward. So the UK will be hoping that the EU will consider it.

Even if the EU does not reject the UK position outright, the government should expect that issues such as its contribution to the new EU budget and the role of the European Court of Justice are raised and seriously considered in the months to come. This is still only the beginning of the process that will hopefully lead to an orderly Brexit and mutually beneficial future with the EU.

Nikos Skoutaris is a Lecturer in European Union Law at the School of Law, University of East Anglia.