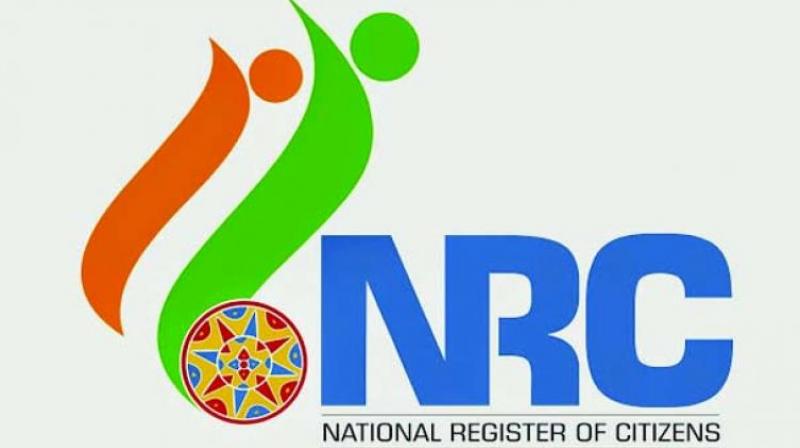 On 30 July, the government of the northeast Indian state of Assam released the second draft of a much-awaited citizens’ registry called the ‘NRC.’ The draft left out close to 4 million people, effectively flagging them as ‘non-genuine’ Indian citizens.

This triggered alarm bells across the country. Even the international press featured it prominently, with one BBC report covering it under the headline ‘Four million risk losing India citizenship.’ Alongside great concern about systematic exclusion of particular communities, there has also been much confusion in chatter groups and newsrooms about what the whole project really signifies.

Following are a few critical questions and some circumstantial answers.

What really is the NRC?

The NRC or National Register of Citizens is a Supreme Court-sanctioned and monitored project to create a database of ‘genuine’ Indian citizens in Assam. The derivative intent is to filter out ‘non-genuine’ citizens: in other words, immigrants of East Bengali (or now Bangladeshi) origin who entered Assam on or after 25 March 1971 – the date East Pakistan became Bangladesh – and have been living there since.

Are the NRC and the core demand to identify foreigners in Assam sudden developments?

No, they are not. The demand has existed amongst the dominant constituencies, largely Assamese-speaking ones (both Hindus and Muslims), since the early 1970s when Bangladesh was created.

In fact, sporadic demands to identify and deport migrants of East Bengali origin in Assam have existed through the course of India’s post-partition years, but only came to the mainstream during the Assam Movement (1979-1985).

For instance, the first NRC was published in 1951. Later, the influential student organisation, All Assam Students Union (AASU), its derivative political party and current BJP ally in Assam, the Asom Gana Parishad (AGP), and even the militant group, United Liberation Front of Assam (ULFA), all mobilised support on the anti-immigration agenda.

The popular demand to update the earlier NRC came back to the fore after the Assam Accord was signed in 1985 between the then Rajiv Gandhi government at the centre, Assam government, and the AASU. The Accord proposed a proper citizenship determination framework that could identify people of East Bengali origin who entered Assam on or after 25 March 1971 (creation of Bangladesh) and deport them. However, the successive governments failed to implement that process for various reasons.

Why do dominant local groups in Assam want Bangladeshi immigrants to leave?

Assamese-speaking groups – both Hindus and Muslims – have long argued that the steady influx of migrants from neighbouring Bangladesh has usurped the local ethnic identity of the ‘indigenous’ stock. This usurpation ostensibly includes encroachment of land, draining of resources, expansion of population, dilution of the ‘local culture’, etc.

But, this is a vexed argument as there is little consensus on what ‘local identity’ really encompasses. In Assam, ‘ethnic identity’ is a layered and contested concept that is tied to multiple variables like language, land ownership, religion, nativity, etc. It is hard to pin down one uniform sociocultural strand.

Is NRC the only citizenship determination mechanism in Assam?

No, there are two other mechanisms:

Besides the aforementioned, the Assam border police too, at times, pushes suspected foreigners back to Bangladesh as and when they are apprehended at the border. This process is largely arbitrary, and is contingent on the discretion of law enforcement agencies.

Does the NRC target specific communities within Assam?

No, there is no consistent evidence to prove that the NRC is aimed at targeting specific communities in Assam – for example Bengali Muslims – despite widespread allegations of selective decertification.

It is particularly hard to conclude so from the second list released on 30 July, which excluded applicants from almost all ethnic stocks in the state: Assamese Muslims, Bengali Hindus, Assamese Hindus, members of indigenous tribal communities, and internal migrants from ‘mainland’ India.

The above, however, has not prevented a wider fear psychosis from emerging within vulnerable minority groups. Since the East Bengali immigrant stock is largely composed of Bengali-speaking Muslims and Hindus, with the former holding a clear majority, large sections of Assam’s own Bengali community remains fearful of falling under the short end of the stick, regardless of whether they moved to Assam before or after 1971.

This is even more so because Bengalis are a linguistic minority in Assam. The anxiety also cuts across religion – even Bengali Hindus whose family lineages predate 1971 are fearful of being selectively targeted for exclusion.

What will happen to those who are excluded from the 30 July (second) draft? Will the government go after them?

Nothing much, and not really. The Home Ministry has clarified that no punitive action – detention or deportation – will be taken against them. There will also be no immediate disenfranchisement of political, economic, and statutory rights. An appeals process will begin very soon, which will provide every single excluded individual an opportunity to challenge their de-enumeration.

What will happen to those excluded from the final draft, slated to be published later this year?

Although it remains unclear at this point, but the logical progression of final delisting entails issuance of summons notices to the excluded individuals by the Foreigner Tribunals and decertification from voter rolls through the D-Voter categorisation. Once the tribunals validate the NRC delisting, the subject would either be detained or deported depending on the exact circumstances at that time.

In case the tribunals give a verdict in contravention to the NRC delisting, then both the NRC authority and the EC are technically supposed to revise their data and re-include the subject’s name in the list and voter roll. Whether that would happen remains unclear at this point.

In another scenario wherein certain excluded individuals do not receive any summons from the tribunals despite not featuring in the NRC, then the delisting might hamper their existence in varied ways. For example, the excluded persons would be unable to apply for any government-issued documents or IDs and avail state subsidies/benefits. This is in addition to the social exclusion and ‘othering’ that they would most certainly face.

Does the NRC process affect everyone in Assam equally?

No, it doesn’t. Socioeconomically disadvantaged groups who lack proper access to legal aid, awareness of administrative processes, and financial means to support the application/appeal processes would have to struggle harder to prove their genuine ‘Indianness’, as compared to the others.

Particularly affected would be day labourers and menial workers who subsist on everyday wage income, as the opportunity costs of applying, appealing, and attending trials are higher for such people. Furthermore, members belonging to tribal communities in remote hinterlands would face similar issues of alienation.

Will the identified illegals be detained or deported once the final list is out?

Yes, detentions and deportations can be expected. There already exists close to six detention facilities inside jail complexes across the state, and a new, larger detention facility is on its way in western Assam with a state capacity of 3000.

If you have any other question(s) that you want answered, drop an email at editor.eleventhcolumn@gmail.com.

Angshuman Choudhury is a New Delhi-based policy analyst, currently working with the Institute of Peace and Conflict Studies.