Home Conflict Islamic State has survived 100,000 bombs and missiles and is still active 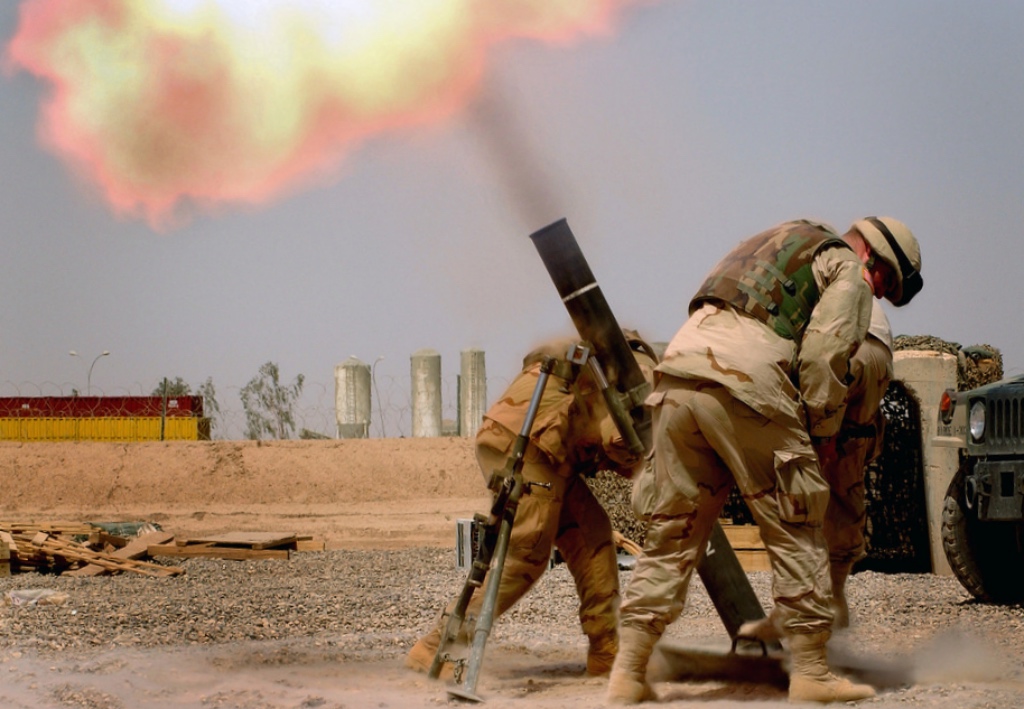 Shortly after the fall of the Syrian city of Raqqa in October 2017 – the centre of the Islamic State (IS) caliphate – US President Donald Trump announced that IS had been defeated and the war was won. Nine months later it is far from clear that IS is finished and extreme paramilitary Islamist movements are increasingly active in several regions.

IS had taken over much of northern Syria and Iraq, including Mosul, by mid-2014 leading President Barack Obama to order intensive air strikes to limit its spread and aid the Iraqis and others to push it on to the defensive. For close to four years an extraordinarily intensive air war was fought, principally by the US but aided by France, the UK and some other European and Middle Eastern powers.

According to the latest data from the Airwars monitoring group, over 1,424 days of air strikes, 107,814 bombs and missiles have been used against 29,741 targets in Iraq and Syria by the US-led forces. Pentagon sources speak of at least 60,000 IS paramilitaries killed but Airwars also reported 6,321 civilians killed.

The figures do not include the impact of hundreds of Russian air strikes in Syria and information from the heavily bombed cities of Raqqa, and Mosul in Iraq, suggest that many thousands of bodies of civilians are still buried under the rubble.

The war did have the desired effect and Iraqi, US, French and other ground forces, greatly assisted by Iran-linked militias, have successfully taken back most of the territory formerly controlled be IS. The caliphate is certainly gone – at least for now – but many other developments suggest that this is little more than a pause in a very long irregular war.

We have been here before. President George W Bush declared the Taliban regime in Afghanistan terminated and al-Qaida dispersed within four months of the 9/11 attacks and promptly broadened the “war on terror” to include an axis of evil of rogue states with Iran the first target.

The war against the Taliban and IS goes on in Afghanistan and is approaching its 18th year, with the new US Commander in the country, General Austin Scott Miller, recently telling the Senate Armed Service Committee that there had been some progress but that: “I can’t guarantee you a timeline or an end date”. Miller is the 17th commander of US forces in the country since 9/11.

Bush also led the US and its coalition partners into the Iraq War in March 2003. Baghdad fell to coalition troops within three weeks and Bush gave his “mission accomplished” speech three weeks later. Instead, the war went on for seven years.

Osama bin Laden was killed by US special forces in 2011 but al-Qaida continues in several countries. Obama thought the Iraq War had died down sufficiently for the US to withdraw troops by the end of 2011 but within two years IS had come from nowhere to pose a new regional threat, with the UK’s head of MI5 saying earlier this year that the risk of attacks in Britain remained as high as ever.

IS is still a threat

The current situation is that IS continues to exist in spite of its huge losses. It controls sufficient territory in eastern Syria for the Iraqi government to see it as a threat requiring the construction of security fence on the border between the two countries.

IS also continues to put out intensive social media propaganda encouraging attacks on Western states and it is actively linked with groups in Egypt, Somalia, Yemen and the Philippines.

In Syria and Iraq it appears now to have reverted to guerrilla warfare. The line to its supporters is now that the four year “caliphate” was primarily a symbol of what could be achieved against the overwhelming forces of the Crusaders and their Zionist supporters – a symbol for the future.

Perhaps most indicative of that future is the current level of western military operations across the Sahel region of sub-Saharan Africa. Britain and France are the main European states involved, not least in Mali, Niger and Nigeria. But US Special Forces are at the forefront of a bitter, yet almost entirely unreported, series of wars which also include Somalia, Kenya and Tunisia.

A brief report by Politico published some details that US special forces had been involved in direct military action.

The report states that despite military spokespeople claiming the American role in Africa is limited to “advising and assisting” other militaries, the truth is that for at least five years, Green Berets, Navy SEALs and other commandos “operating under a little-understood authority” have planned and controlled missions – putting them in charge of their African partner forces. One Green Beret officer told Politico: “It’s less, ‘We’re helping you,’ and more, ‘You’re doing our bidding.’”

Where IS and other extreme movements now seem to see their future is wherever there are large numbers of people on the margins – especially bitter and resentful young men – who have enough education to know that their life chances are scarcely better than zero and are all-too-ready converts to an attractive if extreme cause.

What the wars against IS, al-Qaida and the other movements show is that military responses may seem to work in the short term but don’t change much. That will only come by addressing the underlying socio-economic and environmental factors that are so helpful to these movements. That is not a message that western elites want to hear and so the wars will go on.

Paul Rogers is Professor of Peace Studies at the University of Bradford.

With Trump in the White House, the Fight for Racial Justice Gets Nastier

Three Years Into Doklam, India and China are Back to Border...

Apurbaa Sengupta - May 28, 2020
New Delhi and Beijing are, once again, staring down each other along their hotly contested border, this time in Ladakh and Sikkim.