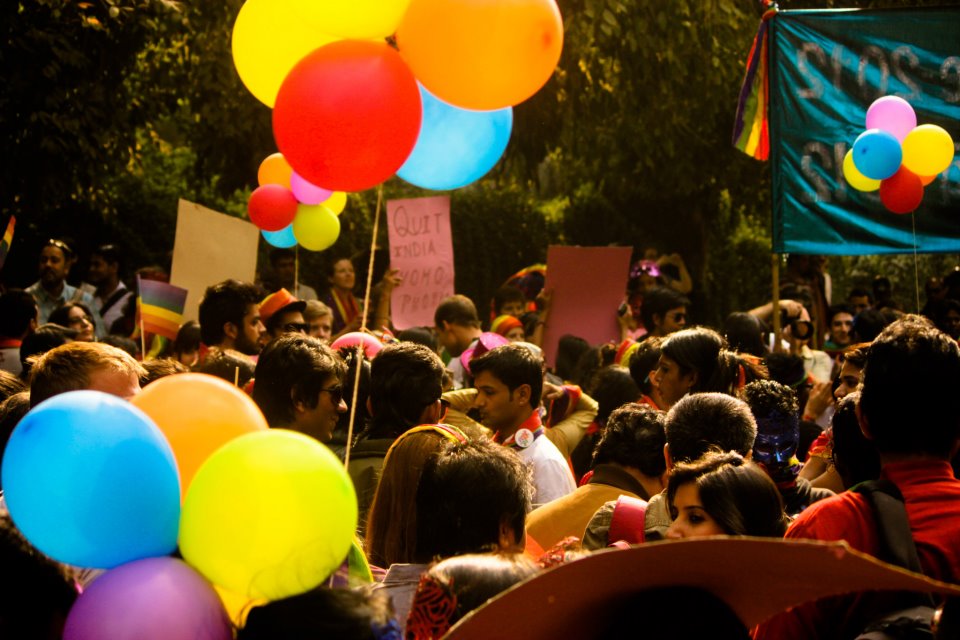 On 6 September 2018, India’s Supreme Court, in a landmark verdict, read down the infamous Section 377 of the Indian Penal Code, which criminalised certain consensual sexual activities between members of the same sex. The section, an inheritance of British-era jurisprudence, was a legal stigma for the country’s LGBTQIA community, which found itself de facto criminalised.

Supreme Court says #Section377 has been partially struck down.

This piece by The Conversation explores how Britain’s colonial legacy has a deep impact on the fight against gender discrimination laws around the postcolonial world.

At the Commonwealth Heads of Government Meeting in London in April 2018, the British prime minister, Theresa May, urged Commonwealth nations to reform existing anti-gay legislation held over from British colonial rule. And while stopping short of a formal apology, she used her speech to explicitly acknowledge Britian’s responsibility: “As the United Kingdom’s prime minister, I deeply regret both the fact that such laws were introduced and the legacy of discrimination, violence and death that persists today.”

Her speech came in the aftermath of a recent court decision by Trinidad and Tobago to decriminalise homosexuality. On April 12 2018, Justice Devindra Rampersand of the High Court of Trinidad and Tobago ruled that sections 13 and 16 of the Sexual Offences Act are “unconstitutional, illegal, null, void, invalid and of no effect to the extent that these laws criminalise any acts constituting consensual sexual conduct between adults”.

The drama came later during an interview with BBC Radio 4’s Today programme, when Trinidadian Anglican Bishop Victor Gill called comments made by May a form of “neo-colonialism” when he denounced the ruling – without noticing the irony that it was British colonial administrators who introduced the anti-gay law in the first place.

As we show in our newly published book, British Colonialism and the Criminalisation of Homosexuality, many laws that make homosexuality a crime today were imposed during rule by the British Empire.

From 1860 onwards, the empire spread a specific set of legal codes and common law throughout its colonies, among them laws proscribing male-to-male sexual relations. The British Empire drafted these penal codes with a moral, religious mission in mind. The intention was to protect local Christians from “corruption” and correct and Christianise “native” custom. Two particularly prominent examples are the colonial criminal codes of India and Queensland, both of which specifically criminalised male-to-male sexual relations – though they both set a penalty of long-term imprisonment rather than death.

From 1860 onwards, the empire spread a specific set of legal codes and common law throughout its colonies, among them laws proscribing male-to-male sexual relations.

In contrast with the British experience, the other major colonial powers did not leave such an institutional legacy on criminalisation of homosexual conduct. This is why former British colonies are far more likely to still have these laws in place than the former colonies of other European states or other states in general. Of the 72 countries with such a law still on the books in 2018, at least 38 of them were once subject to some sort of British colonial rule.

Although these laws are superficially similar, they were drafted very differently and specified penalties of varying severity. Compare for instance Ghana and other African countries with a British colonial legacy. Ghana’s criminal code currently classes “unnatural carnal knowledge” as a misdemeanour, with a potential prison sentence of up to three years. By contrast, Kenya, Nigeria, and Gambia treat gay sex as a felony, with a penalty of up to 14 years’ imprisonment. And in Uganda and Zambia, the maximum penalty is life.

So why the difference?

The spread of criminalisation during the British colonial period was not centrally co-ordinated. Instead, a number of variables – including in several cases the fact that a colonial administrator happened to have dealt with the introduction of a criminal code in their previous posting – seem to have been relevant to why a particular criminal code was introduced into a territory, or why one was introduced at all. This is why colonial Ghana, then called the Gold Coast, received a completely different colonial-era criminal code from British administrators from the other colonies.

There’s plenty else to unpick in this strange, complicated history. For example, we also investigated whether former British colonies are less likely or slower to decriminalise on average than the former colonies of other European imperialists.

We compared several former British colonies such as Singapore, Uganda and India, that still criminalise homosexual sex with another group of former colonies that have made significant strides toward greater social inclusion of their sexual minorities – among them South Africa, Belize, and Fiji. To test the still quite prevalent idea that British imperialism “poisoned” societies against homosexuality, we looked in some detail not just at the historical origins of these countries’ anti-homosexuality laws, but of the contemporary political processes that have so far prevented some of them from scrapping the laws.

Based on our research, we argue that the evidence in favour of the claim is inconclusive at best. Among former colonies with laws like these, former British colonies do not seem to have decriminalised homosexual conduct any more slowly than colonies of other European states. This suggests that the “stickiness” of repressive institutions is relatively consistent across different countries and histories, and not specific to a particular type of colonialism.

Among former colonies with laws like these, former British colonies do not seem to have decriminalised homosexual conduct any more slowly than colonies of other European states.

It’s important to remember that where these sorts of laws are still in place, the degree to which they’re enforced varies greatly. Where Uganda actively and frequently persecutes LGBT people, for example, Singapore penalises them much less regularly. But what’s undeniable is that these sorts of laws have prolonged the stigmatisation of LGBT people around the world, and understanding why so many of them persist today is hugely important.