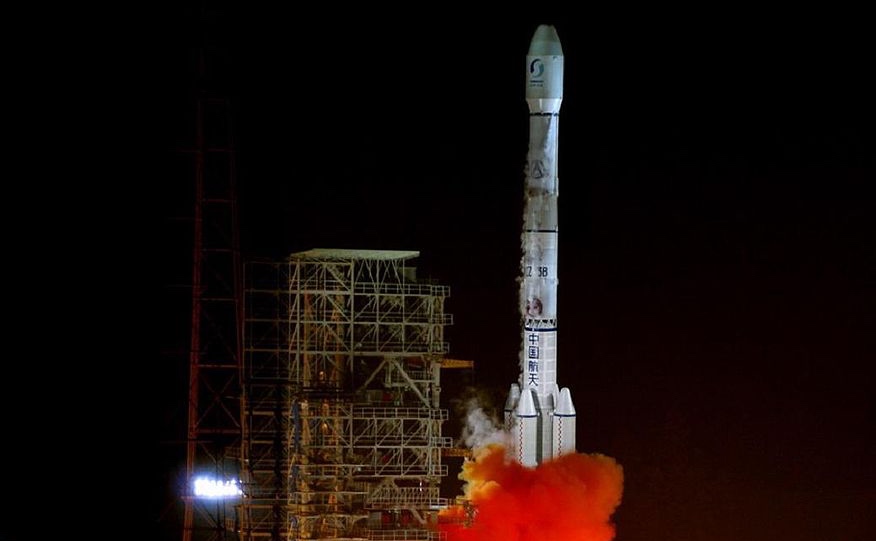 The probe, Chang’e 4, is symbolic of the growth of the Chinese space program and the capabilities it has amassed, significant for China and for relations among the great power across the world. The consequences extend to the United States as the Trump administration considers global competition in space as well as the future of space exploration.

One of the major drivers of U.S. space policy historically has been competition with Russia particularly in the context of the Cold War. If China’s successes continue to accumulate, could the United States find itself engaged in a new space race?

Like the U.S. and Russia, the People’s Republic of China first engaged in space activities during the development of ballistic missiles in the 1950s. While they did benefit from some assistance from the Soviet Union, China developed its space program largely on its own. Far from smooth sailing, Mao Zedong’s Great Leap Forward and the Cultural Revolution disrupted this early programs.

The Chinese launched their first satellite in 1970. Following this, an early human spaceflight program was put on hold to focus on commercial satellite applications. In 1978, Deng Xiaoping articulated China’s space policy noting that, as a developing country, China would not take part in a space race. Instead, China’s space efforts have focused on both launch vehicles and satellites – including communications, remote sensing and meteorology.

This does not mean the Chinese were not concerned about the global power space efforts can generate. In 1992, they concluded that having a space station would be a major sign and source of prestige in the 21st century. As such, a human spaceflight program was re-established leading to the development of the Shenzhou spacecraft. The first Chinese astronaut, or taikonaut, Yang Liwei, was launched in 2003. In total, six Shenzhou missions have carried 12 taikonauts into low earth orbit, including two to China’s first space station, Tiangong-1.

In addition to human spaceflight, the Chinese have also undertaken scientific missions like Chang’e 4. Its first lunar mission, Chang’e 1, orbited the moon in October 2007 and a rover landed on the moon in 2013. China’s future plans include a new space station, a lunar base and possible sample return missions from Mars.

In terms of military applications, China has also demonstrated significant skills. In 2007, it undertook an anti-satellite test, launching a ground-based missile to destroy a failed weather satellite. While successful, the test created a cloud of orbital debris that continues to threaten other satellites. The movie “Gravity” illustrated the dangers space debris poses to both satellites and humans. In its 2018 report on the Chinese military, the Department of Defense reported that China’s military space program “continues to mature rapidly.”

Despite its capabilities, the U.S., unlike other countries, has not engaged in any substantial cooperation with China because of national security concerns. In fact, a 2011 law bans official contact with Chinese space officials. Does this signal a new space race between the U.S. and China?

As a space policy researcher, I can say the answer is yes and no. Some U.S. officials, including Scott Pace, the executive secretary for the National Space Council, are cautiously optimistic about the potential for cooperation and do not see the beginning of a new space race. NASA Administrator Jim Brindenstine recently met with the head of the Chinese space program at the International Astronautical Conference in Germany and discussed areas where China and the U.S. can work together. However, increased military presence in space might spark increased competition. The Trump administration has used the threat posed by China and Russia to support its argument for a new independent military branch, a Space Force.

Regardless, China’s abilities in space are growing to the extent that is reflected in popular culture. In Andy Weir’s 2011 novel “The Martian” and its later film version, NASA turns to China to help rescue its stranded astronaut. While competition can lead to advances in technology, as the first space race demonstrated, a greater global capacity for space exploration can also be beneficial not only for saving stranded astronauts but increasing knowledge about the universe where we all live. Even if China’s rise heralds a new space race, not all consequences will be negative.