Home Geopolitics COVID-19: Iran is Feeling the Heat of US Sanctions 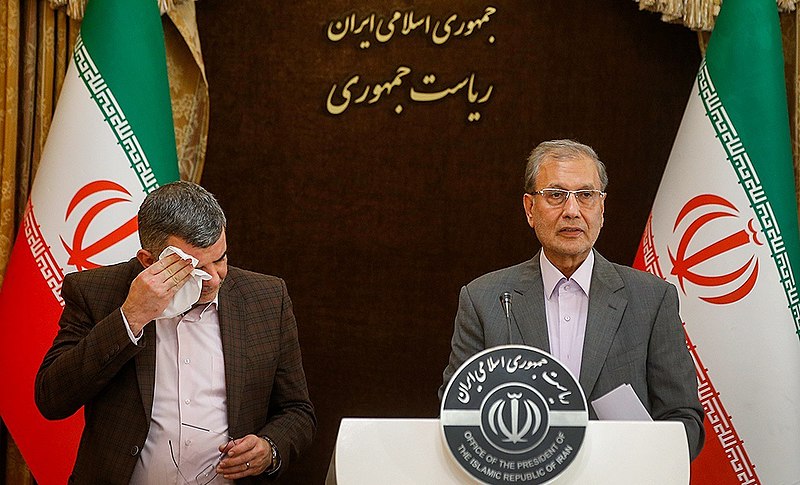 After Italy and China, Iran has been the hardest hit by the COVID-19 pandemic.

Both the Iranian President, Hassan Rouhani, and Foreign Minister, Javad Zarif, have reached out to the international community for assistance.

Sanctions in the time of Coronavirus

Rouhani, in a letter to world leaders, stated that there is an urgent need for the world to counter the COVID-19 outbreak through combined participation and efforts.

He talked about the policy measures and efforts taken by the country to tackle the global pandemic. He emphasised on the fact that sanctions imposed on Iran by the US are unjust and there is a need to lift them so that Tehran can deal with the pandemic and develop common health protocols between neighbouring states.

“No country can manage this huge, dangerous crisis alone, let alone if it has many difficulties accessing international financial markets and supplying its needed goods”.

Further, the head of Iran’s central bank wrote to the International Monetary Fund (IMF) requesting assistance to the tune of $5 billion. This was soon followed up by a tweet from Zarif in which he appealed to the IMF, including the board, to adopt a humanitarian approach to the current situation. It is obvious that there is skepticism over the US’ role in the organisation.

Tehran also wrote to the UN, seeking a temporary waiver from economic sanctions, stating that they were impeding the progress of relief work and international assistance. The US, however, imposed fresh sanctions on 17 March to maintain its economic pressure on the state, while also offering help to Tehran to cope with the coronavirus outbreak. The US has also asked Iran to release detained Americans on humanitarian grounds.

Secretary of State, Mike Pompeo, has also made it clear that the virus outbreak won’t stop the US from maintaining maximum economic pressure on Iran to hamper its oil exporting ability.

Over the past year, sanctions have taken their toll on Iran’s economy, and the recent ones have not been particularly helpful for Iran. Tehran has been unable to secure financial assistance as well as the medical assistance required to cope with the bulging COVID-19 pandemic.

Iran hasn’t really been alone in demanding removal of US sanctions. China has been arguing for the same. On 16 March, a Chinese Foreign Ministry spokesperson stated:

“Continued sanction is against humanitarianism and hampers Iran’s epidemic response & delivery of humanitarian aid by the UN and other organizations”.

The Chinese Foreign Ministry has urged the United States to lift the imposed sanctions so that Iran can fight the global pandemic. Beijing has also dispatched an expert team with medical supplies to Iran and has assured that they will continue to help them in their fight against the deadly novel coronavirus. Iran, in turn, defended China when the US tried to accuse the latter of spreading the virus.

Since 2016, ties between Tehran and Beijing have witnessed an upswing. In 2016, Chinese President Xi Jinping was amongst the first world leaders to visit Iran. A number of areas of mutual cooperation were discussed, and both sides signed an agreement with a thrust on economic cooperation over a 25 year period.

Even after the withdrawal of the US from the JCPOA in 2018, and removal of waivers by the US to China for buying oil, Beijing has kept its ties with Iran intact. In recent months, relations have been further strengthened and China’s support for Iran will only boost the dynamic Tehran-Beijing bonhomie. In August 2019, further, Zarif visited China, during which Beijing committed investments to the tune of $400 Billion ($280 billion in oil and gas and $120 billion in infrastructure).

Apart from China, Russia and Pakistan came to its defense. First the Prime Minister of Pakistan, Imran Khan, said that the international community needed to adopt a more humane approach towards Iran. This was followed by Pakistan’s Foreign Minister, Shah Mehmood Qureshi, stating that US sanctions on Iran were uncalled for at this point of time.

Ever since taking over as PM, Khan has sought to balance ties between the Gulf Cooperation Council (GCC) and Iran. In recent months, congruence between both countries has risen. They have been pitching for greater connectivity, bilateral trade and cooperation in the sphere of energy.

Here, it would be pertinent to mention that Iran’s ties with India have gone downhill after New Delhi stopped importing oil from Iran in 2019, Tehran’s criticism of abrogation of Article 370, and severe criticism of India’s handling of the recent communal violence in Northeast Delhi. Last week, India evacuated 230 Indians from Iran. Earlier this month, some allegations about deportation of Indians from Iran surfaced, which were later dismissed by Tehran.

Irrespective of the geopolitical differences and wrangling, it is important to take a humanitarian view on the COVID-19 crisis and look at it as an opportunity to improve the troubled Iran-US relationship. While Donald Trump doesn’t seem to be interested, and the rhetoric from the Iranian side is doing no good either, certain countries, like China and Pakistan, are stepping in as potential mediators.

It is crucial, however, for other countries to urge Washington to take a more humane approach on Iran in light of the ongoing pandemic.

Karan Bidani is a Research Associate at The Citizens’ Foundation for Policy Solutions. He has an M.A DLB (Diplomacy, Law & Business) from The Jindal School of International Affairs.