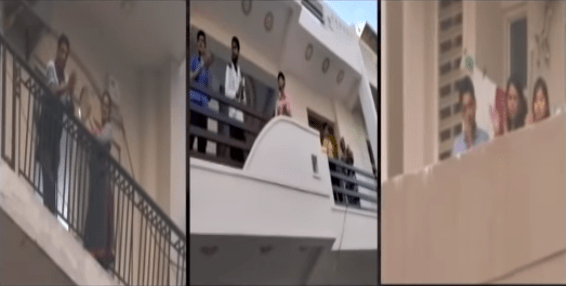 According to the latest estimate by Worldometers, there are 467 active cases of COVID-19 in India, with nine having succumbed to the effect of the virus. A News18 live feed puts the total tally of positive cases at 471.

The numbers, very evidently, continue to rise. Yet major apprehensions remain about the Indian response to this unprecedented public health threat. Only on 10 March, the Indian Medical Association had urged the Indian government to ‘classify’ data related to COVID-19. India also lacks adequate testing centres/kits and basic medical facilities to handle the spread of such a virus, which the World Health Organisation (WHO) has labeled as a pandemic.

Addressing the pandemic, the Prime Minister of India, Narendra Modi, on the 19 March urged the people of India to observe a ‘Janta Curfew’ (public curfew) on 22 March between 5-9 pm. The intent of the curfew was twofold.

Firstly, it was a request to the people of India to stay home and observe social distancing – a standard precaution observed worldwide to contain the pandemic. Secondly, Modi appealed to the masses to offer a five minute ‘standing ovation’ to the frontline health workers and security staff by clapping, beating plates, and ringing bells, to thank them for their services.

Ideally, with such a pandemic gripping us, one would expect the premier of a 1.3 billon people to offer some monetary assurance and social security measures. However, save for a vague assurance of setting up a financial task force to look into the economic distress caused by the pandemic, there was not one mention of any targeted measures. Should that shock us? No. After all, the state government of Uttar Pradesh, which is run by the same party as the Prime Minister’s, decided to put a doctor behind bars for providing oxygen to dying children.

Guy Debord, in his book The Society of the Spectacle, writes that spectacle becomes an ‘instrument of unification’ and reflects ‘social relations among people’. It shows us how gratitude requires a language of expressing itself, and a time and place to do it. The spectacle presents itself as the ‘use of time’ to show gratitude and monopolises the time to show the same.

Debord further adds that spectacle is nothing but the orchestration of the choice already made, here of the present Indian government’s choice to substitute cure and its responsibility to the people themselves.

People in India clapped, and Modi had his spectacle. In fact, we gave him the spectacle he wanted—a ‘choice’ he made beforehand. But people did more than clapping. A cursory glance at social media will show that sounds of all kinds were made, with or without objects. People in some cities even thronged the streets in large numbers, cheering and banging utensils, thus defeating the whole intent of social distancing. This spectacle creates images through which people will mediate and remember the day of clapping/making noise to the virus.

This spectacle is also anti-dialogue in nature. It assumes that all that is presented is good and that it appears because it is good. The spectacle of clapping and making noise negates the cries of doctors to provide them with more masks, testing kits, beds and other necessary things for cure and care. The PM’s speech was nothing but anti-dialogue in essence.

He even asked people to not go for ‘routine check-ups’ and elective surgery to ‘postpone by a month’. With a speech, he transferred the responsibility of containing the virus to the people of this country and absolved himself and his government from any responsibilities. But like a spectacle which reveals itself, Modi’s performative call shows how much he and his government care (or not) for the underclass of this country.

It is fair to say that Modi has abandoned his country in the worst possible ‘civil war’ India might face. The fight against this virus resembles a civil war. As Italian philosopher Giorgio Agamben rightly puts it, each one of us is seen as a potential carrier of the coronavirus by the other, one who must be avoided and kept at a distance of at least one metre.

Is spectacle the way to approach a civil war?

People who participated in this spectacle are incapable of understanding the desires and designs of this government. This spectacle will add further loneliness to those who understand those designs and desires. In other words, the act of clapping and making noise to signify gratitude manufactures loneliness and totalises our response to the virus.

What we need, however, is different kinds of antibodies to fight the virus, like the Florentines did when they faced the plague in the 17th century. Philosopher Ivan Illich writes, referring to historian Giulia Calvi’s work:

“Barbers and surgeons, together with candlemakers and smelling-salt vendors, magistrates and grave diggers, chaplains of special sanctuaries for desperate cases and incense merchants, each had their special response to the epidemic. Each ‘guild’ was mobilised to become an ‘anti-body’ of the plague.”

Can we think of creating such antibodies to fight the COVID-19 pandemic in our own way and not be swayed by such monopolising spectacles that offer nothing at all? Why should the social underclass in India, which is the absolute majority, face the virus alone, isolated in their homes, when the circuit of global capital, of nation states and the rich are solely responsible for its spread?

Was the spectacle of the ‘janta curfew’ and clapping-and-clanking directed only to create an aesthetic that reduces care and responsibility to a ritual? Fair to say that the Novel Coronavirus was used by the current government in India to create a ‘society of spectacle’ through a ritual like what we saw on 22 March.

India has a government, which loves creating spectacles out of everything — bullet train, tallest statue, a virus. Only a fascist regime can turn a pandemic virus into a commodity to enter into our lives in ways that are undesirable, just like the virus itself.

The spectacle that was manufactured last Sunday is not an antibody, but rather an insult to our body.

Suraj Gogoi is a doctoral candidate in Sociology at the National University of Singapore.