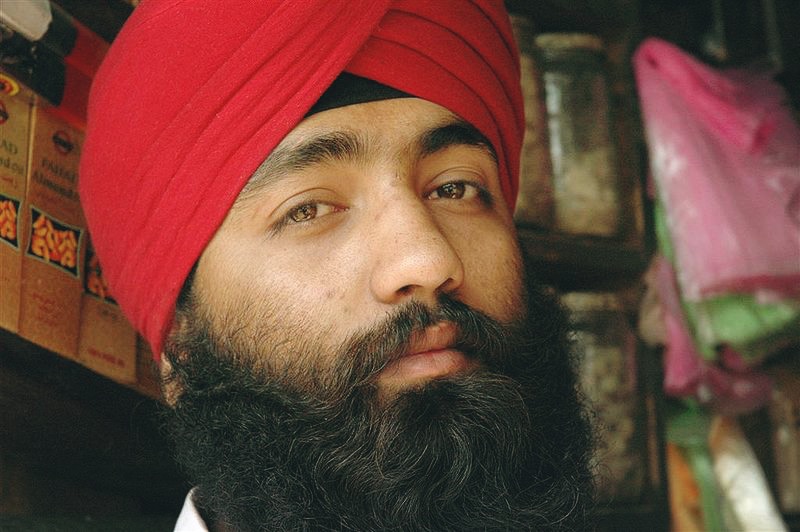 After the heinous terror attack against Afghanistan’s Sikh minority in Kabul’s Gurudwara Sri Har Rai Sahib ji on 25 March, which led to the killing of 25 members of the community, there has been a growing demand for not just enhancing security for the community, but also moving them to a safer location or country.

The Sikh congregation had gathered on that fateful day to pray for the well being of their country, Afghanistan, in the midst of the COVID-19 pandemic. Instead, it faced the bullets of Islamic State militants.

There are a total of around 600 Sikhs and Hindus in Afghanistan, mostly in Kabul. Others live in Jalalabad in Nangarhar Province, and Ghazni and Kandahar Provinces. A little over a year and a half ago, in July 2018, Islamic State claimed an attack on a gathering of 19 Hindus and Sikhs in Jalalabad. Amongst those killed were Avtar Singh Khalsa, the only Sikh candidate in that year’s national elections, and Rawail Singh, an activist.

Sikhs and Hindus in Afghanistan

The Afghan Sikh population grew in 1947 as Sikhs from the Potohar region of the newly formed Pakistan arrived, fleeing persecution and violence in the wake of the India-Pakistan partition. Both Sikhs and Hindus were well represented in Afghan trade and government administration. The Sikhs particularly prospered during the 1933-1973 reign of Zakir Shah.

But the withdrawal of the Russian forces and arrival of the Mujahedeen placed the Sikhs in severe risk.

In the early 1990s, just before the advent of the civil war, the population of Afghan Sikhs and Hindus was estimated at a little over 200,000. After the civil war of 1992, a mass exodus began. The situation of minorities became worse still when the Taliban swept to power in 1994. Hindus and Sikhs faced extreme persecution.

Reactions to the 25 March attack

The dastardly terror attack spurred a strong response not just from India, but also the United States. The US Secretary of State, Mike Pompeo, while criticising the attack said:

“The United States condemns the horrific ISIS-K claimed attack on a Sikh temple and community centre in Kabul this morning which took the lives of more than two dozen innocent people.”

Other senior officials of the State Department also condemned the attack.

Indian Prime Minister, Narendra Modi, condemned the attack while senior opposition leaders from the Congress party also tweeted against it.

The attack triggered a whole range of discussions in India over the Afghan Sikh community. Individuals affiliated to the Bharatiya Janata Party (BJP) and Rashtriya Swayamsevak Sangh (RSS) even linked the attack with those opposing the Citizenship Amendment Act (CAA) and ridiculed Sikhs who had expressed solidarity with the protesters.

Fortunately, many Sikh activists refused to fall into the trap of toxic anti-Muslim propaganda.

What was conveniently forgotten by those trying to blame anti-CAA protestors is that the CAA, which was passed by the Indian Parliament last year December, has a retrospective cut off date of 31 December 2014. Thus, Sikhs and Hindus residing in Afghanistan are not eligible for its benefits. Only those who have already fled Afghanistan for India due to religious persecution on or before the said date can get asylum.

The CAA eases Indian citizenship requirements and gives immunity from illegality to asylum seekers from six religious denominations – Hindu, Sikh, Buddhist, Jain, Parsi and Christian – who came to India from Bangladesh, Pakistan or Afghanistan on or before the aforementioned cut-off date.

In India, some political and human right outfits have requested the central government to provide asylum to Afghan Sikhs and bring them to India. But any immediate action is unlikely to happen due to the ongoing COVID-19 crisis.

In Canada, one of the policy makers to react promptly to the event was the leader of the New Democratic Party (NDP), Jagmeet Singh, who apart from condemning the attack, has also written a letter to the immigration and foreign affairs ministers of Canada for expediting the letters of resettlement of Afghan Sikhs and Hindus in Canada.

In the past, a foundation set up by the late Member of Parliament, Manmeet Bhullar, played a crucial role in getting Afghan Sikhs and Hindus to Canada.

US based inter-faith organisations, Sikh activists and attorneys have urged the US President, State Department, US Congress and the United Nations High Commissioner for Refugees (UNHCR) to evacuate the remaining Afghan Sikhs and Hindus and facilitate their resettlement in the US.

The proactive approach of American faith groups and activists has also drawn attention of the US State Department, which in a tweet, expressed concern with regard to the safety of Afghan Sikhs, and also urged Afghans to ensure the safety of the minority community in their country.

A Sikh NGO, United Sikhs, has also written to a number of countries including Canada, US, Germany and India, arguing that ‘humanitarian intervention’ is necessary and needs to be done at the earliest, given the repeated threats from the Islamic State.

Further, a group of Sikh activists, researchers and barristers have set up a website, Save the Afghan Sikhs, to provide crucial information on the state of Afghan Sikhs. Apart from directly working with members of the community directly,  his is an important medium for those interested in making monetary contributions to assist Afghan Sikhs and Hindus.

It would be fair to say that Sikh organisations have been working hard in different ways to ensure that some solution is found. It is important that all other right-thinking activists and scholars in South Asia play a role in their own ways to push for the safety of the beleaguered minorities in Afghanistan.

Given the fact that all governments are currently dealing with the COVID-19 pandemic and the likely restrictions on travel will not be removed in the immediate future, Afghan Sikhs cannot be given asylum immediately.

It is important, however, that they do not become a tool in the hands of nation states and security establishments, and that their safety, security and dignity are prioritised. There is, of course, another dilemma – while many Afghan Sikhs and Hindus do feel insecure and want to leave Afghanistan, not all of them are happy to leave their homes and move to an alien land. Any response to the situation, thus, needs to be conscious of individual aspirations and anxieties.

Gurmeet Singh is a Delhi-based Sikh activist, researcher and founder of Little Happiness Foundation. He tweets at @heygurmeet.