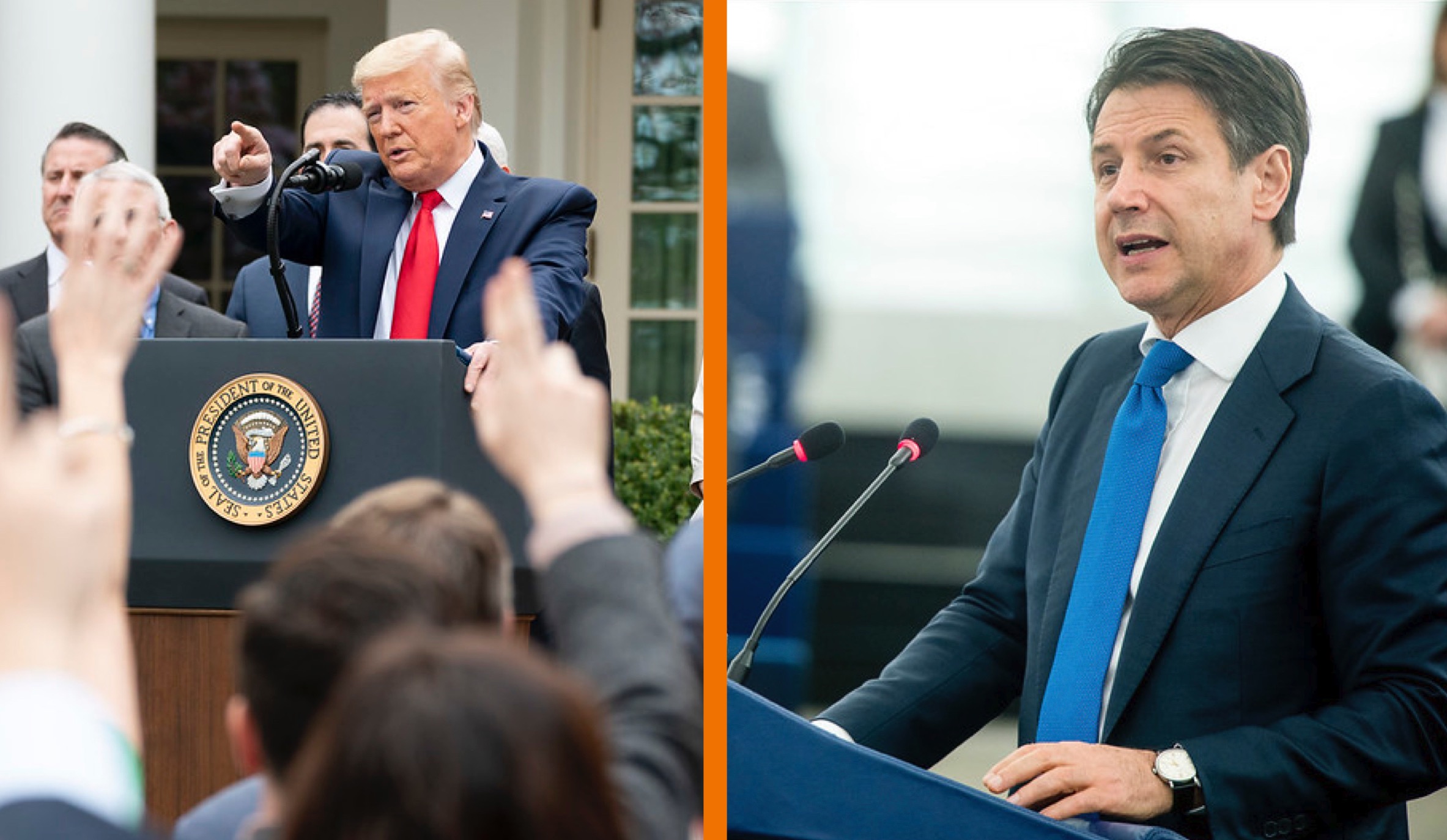 Currently, the United States ranks first in the unenviable tally of COVID-19 cases in the world, with 710,272 confirmed infections and 37,175 deaths as of 18 April.

The Centre for Disease Control and Prevention, recently released a new guideline to contain the spread of the COVID-19 in the United States. The guideline in question is not different from what has been implemented by other nations so far – it introduces a series of drastic measures to shorten the contagion curve, such as encouraging every person to wear a mask, regardless of their state of health. They marked a turning point in sensitising the public about the importance of wearing masks.

The new guideline was later announced by President Donald Trump himself during a White House presser. The speech mainly centred on the role of face masks in prevention of the virus’ spread. Except that about a week before this, Trump had said that the advice to wear masks was merely “voluntary” and he personally is not going to wear them.

“They recommend it. […] I won’t be doing it personally,” he declared.

The point here, though, is not to argue about the evident issues related to such a mild, or arguably callous, approach that sounds more like a piece of friendly advice rather than a statement by the President of the United States of America. Rather, one has to focus more on what has and has not been said by Trump in his speech.

Trump’s decision not to take any precaution in the face of expert medical guidance tells us more than what one may extract from his words. It tells us about his privileges.

“I just don’t want to wear one myself. […] I don’t know somehow sitting in the Oval Office, behind that beautiful Resolute desk, the great Resolute desk, I think wearing a face mask as I greet presidents, prime ministers, dictators, kings, queens. […] I don’t see it for myself.”

The above line reveals a man who has not just given up all attempts to set a good example for others to follow, but also one who is aware of his privileges and wants to make them manifest.

President Trump is well aware of his position, and he does not even try to hide it – well protected in his luxurious residence, surrounded by walls, completely detached from the outside world. There, people work for him and devote their lives to the institutional figure that he incarnates. He doesn’t need to take precautions, since others are required to take them for him.

In short, the new guideline asserting the importance of masks in preventing the infection is, indeed, merely voluntary, as long as one owns some privileges and doesn’t need to mix with common people outside their golden prison, especially if their only guests are presidents, prime ministers, and so on.

Let us be clear on this point – this analysis is not meant to start any sterile polemic on the privileges of the political class. We find, by no means or in any way, the idea that a person with his title and responsibilities may enjoy a certain status uncomfortable. However, we would like to think that the figure representing a state should be someone with a certain degree of decorum and humility, not to mention having sympathy for his own people.

In a situation of severe risk, as well as social and economic uncertainty, one would expect from an institutional figure like the President to be a healthy example for everyone, to perhaps share the collective pain of the people. In brief, one expects a leader to tell their people that they are not alone during a crisis.

Here, I would take the liberty to cite an example from my domain of expertise, that is, Italy – currently the third most affected in the world, with 172,434 confirmed COVID-19 cases as on 18 April.

For Italy, the pandemic started in a context of political uncertainty. The spread of the virus saw the rise of very credible political figures, to the point that future researches on this field would probably focus on where was Prime Minister Giuseppe Conte hiding all his charisma before the virus hit Italy.

Prime Minister Giuseppe under consideration, together with the President, Sergio Mattarella, are offering to their people what they need the most during such trying times –, not some mere advice, but rather, psychological support and the sensibility that only a father would show. Most importantly, even while displaying a certain degree of confidence and resolution, they do not scorn sympathy or show of their own weaknesses.

In an outtake from a speech of the President, for example, the President candidly admits that he cannot see his barber due to the lockdown, when told that he has messy hair. By saying such a believable thing, he offered a very humane image of the highest office of State. On the other hand, we have an austere Prime Minister – like never before – who is able to convey both a sense of unity and shared responsibility.

Statements like “Siamo tutti sulla stessa barca” (“we’re in this together”), or even the invitations to sacrifice personal interests (referring to the opposition that is trying to capitalise on the moment) or to apply the medical guidelines to protect the most vulnerable sections of society evoke a more collective sense of being amongst Italians.

Another non-verbal message conveyed by Italian leaders is probably one of the most important, and is directly related to the first critic directed to President Trump – there is no privilege during a disaster, and even with some, one better not make a show of them.

All the aforementioned statements from Italian leaders have been taken from official speeches given behind closed doors – in empty rooms – according to the medical guidelines for the prevention of the infection. Far from hosting any overcrowded press conference, even the dialogue with journalists took place in live stream behind a screen, rather than in the presence of Prime Minister Conte.

This sent a clear message that even authorities are not free from the same rules of conduct that citizens are called upon to apply these days. Shortly, this is nothing comparable to Boris Johnson disarmingly announcing that “many more families are going to lose loved ones before their time”, or Donald Trump telling the audience that if they feel it, they can also wear a mask.

In conclusion, there is much more at stake than public health or economy during this crisis. There is a thread that binds citizens with their governments. In times of crisis, people simply ask to be guided by their leaders till the end of the tunnel. But what is instead received are only a few contrasting recommendations from a leader who cannot even imagine what it is like to be in their situation.

The risk here is that people may receive directives from above as depersonalised commands or alien suggestions. This pandemic has, once again, reaffirmed the existence of a political class that belongs to a different plane of existence compared to common people, and this is exactly what lies at the root of growing popular disenchantment with politics.

Views are the author’s own.

Dr Marco Luisi is pursuing Masters in International Relations and Diplomacy at the College of Liberal Arts, Shanghai University, China. He tweets at @marco_luisi.