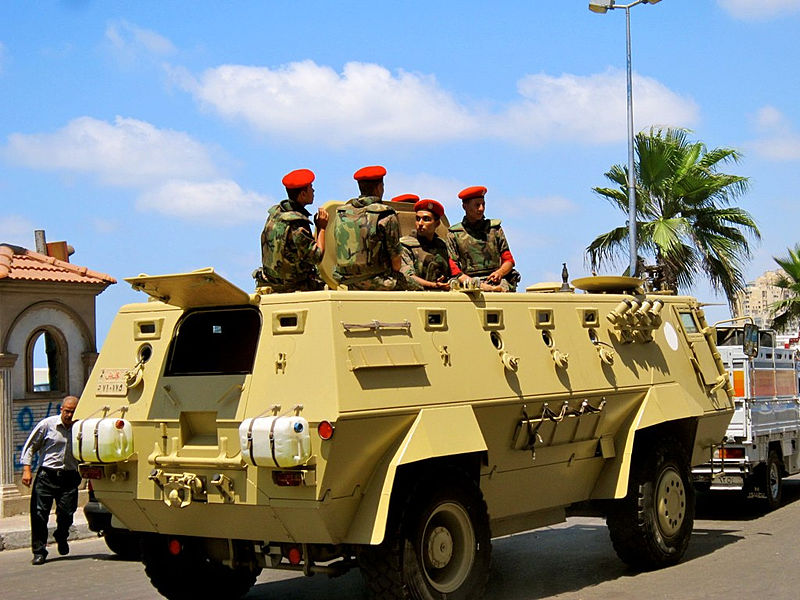 This story originally appeared on Global Voices on 24 April 2020.

The all-out war narrative to tackle the COVID-19 as a “faceless enemy” — initiated by liberal democracies — now echoes throughout the Middle East and North Africa region (MENA).

France’s President Emmanuel Macron was one of the first global leaders to shape the COVID-19 response as an all-out war campaign. He used the word “war” eight times in his March 16 televised speech on unprecedented COVID-19 measures. Speaking solemnly, he asked for “general mobilisation” and compared health service personnel to World War I soldiers fighting an “invisible enemy.”

This war narrative in the MENA region has shaped COVID-19 discourse that has sparked hysteria, fear and polarisation among citizens. Media, observers and politicians have spun the military narrative by employing terms like “war economy,” “battle,” “front,” “curfew,” “martyrs” and “health care soldiers.”

This echoes a global trend toward war-like rhetoric that has allowed governments around the world to execute emergency powers and impose draconian measures that in all other circumstances would be unacceptable.

In the MENA region, health care services are, to say the least, overstretched or underfunded. Many of the region’s health care systems have also been destroyed by wars or privatised.

Unlike wealthier countries, many MENA-based hospitals do not have the capacity to treat a high number of patients. If the coronavirus spreads, these health care systems would be rapidly overwhelmed. And this could lead to mass outbreaks across all social classes, including the privileged elite.

In this unusual public recognition of the potential failure of health care systems, several MENA governments enforced draconian measures early on — even when the number of COVID 19 cases were still low.

Jordan was one of the first to go under lockdown and a curfew on March 19 quickly followed in Morocco on March 20, Tunisia on March 22 and Algeria on March 24.

The Gulf region followed with lockdowns as well. The United Arab Emirates and Bahrain went under lockdown on March 26 and Saudi Arabia, where hundreds of members of the royal family are said to be contaminated, followed on March 29.

Countries across the region have aggressively enforced the measures by criminalising anyone who violates the lockdown measures.

Thousands have been arrested. “Anyone who breaks the security rules will be treated as a criminal because failing to respect rules within the context of the pandemic is a crime,” said Tunisian President Kais Saied.

Military presence in the ‘war’ against COVID-19

While there is no military confrontation or physical “fighting” required in the COVID-19 crisis, several governments in the MENA region have heavily mobilised their armies to support the “war efforts” in terms of logistics, law enforcement and communication campaigns.

Jordan and Tunisia were two of the first to deploy the army to patrol the streets to enforce the lockdown.

Surrealist scenes of disproportionate displays of force emerged. In Tunisia, a military helicopter flew at a very low altitude to stop a football match played in a neighbourhood.

In Egypt, in a public relations charm offensive, soldiers cleaned and sterilised the main avenues of Cairo, the capital.

These scenes were sometimes played with national anthems and waved flags.

In this war-like context, heroes and villains get defined by those who obey state orders.

While health care professionals are deemed “heroes,” those who don’t follow government orders — often poor people who can’t afford to stay home — are cast as villains, if not traitors.

In Tunisia, a health representative from the city of Tataouine, following a report of a new COVID 19 case in his constituency, declared “we are at war and those who don’t follow are traitors.” In a speech about food shortages and price inflation that have fuelled public anger, the Tunisian President Saied called food hoarders “war criminals.”

The media has also amplified the call for war and sacrifice with strong messages that mobilise and convince the population to follow orders.

In the sometimes infantilising discourse that plays into fears rather than intentions to educate, citizens are instructed to stay indoors.

In April 2020, a Tunisian presenter on a TV talk show called “Adhak Maana” (“Laugh with Us”) via Attessia TV repeated the words:

“It is for your own good.… If you behave yourself well and stay home, you will be able to go out as you used to.”

Most TV channels in the region have presented the new motto “stay home” as a patriotic duty. Citizens are encouraged to participate in this “war effort” by observing and denouncing rule-breakers.

This war narrative has created a climate of a “rally around the flag” effect where people unite behind supposedly strong and decisive leaders. The war analogy invokes a virile imagination populated by male heroism in which women — while representing the majority of careers and key workers — are secondary.

War is divisive. Is the pandemic a ‘war’?

The analogy drives patronising, alarming language, and tones that generate division and stigmatisation during the COVID-19 crisis. It also turns people against one another instead of creating a sense of civic responsibility and solidarity.

In Tunisia, fear of the virus has led to extreme behaviour galvanised lately by the burials of COVID-19 victims. Local communities refused burials out of fear that it would contaminate the soil. Authorities, with assistance from the army, intervened and insisted that there is no risk of transmission from corpses.

Hijacking the language of war to respond to a health emergency is not only unproductive but it is also potentially damaging to the social fabric.

Citizens of Syria, Yemen or Libya know all too well what war means — it is chaos and destruction. Many citizens around the globe are now raising their voices to counter this hawkish wave.

No, this pandemic is not a war. Nations do not oppose other nations nor soldiers against other soldiers. It is a test of our humanity. … [This crisis] brings out the best and the worst of people. Let us show others what is best in us.

Saoussen Ben Cheikh works for Internews, a media development organisation. She is a project director in a Closed States program supporting freedom of expression in the most challenging contexts of conflict, poverty and repression. Cheikh was formerly a PhD researcher on State and Conflict in the MENA region in the University of Nice, France.