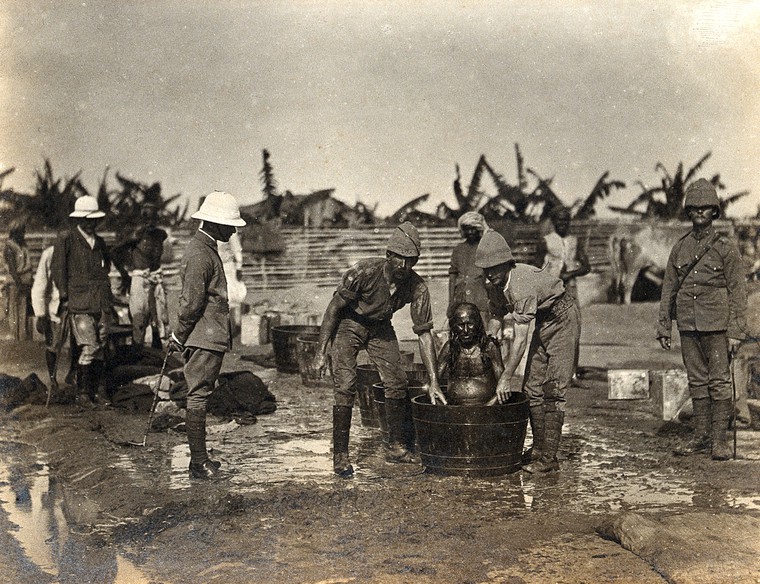 Initial responses to the coronavirus outbreak in India were marked by a spate of racist attacks towards citizens from the north-east of the country, which is adjacent to China.

North-eastern residents living in different cities around India have been subjected to racial abuse. Some have been publicly heckled, asked to show their proof of citizenship, and others even spat upon. Many north-easterners have taken to social media, appealing to Indians to stop the mindless racism.

Then, a national lockdown on 24 March, announced with only four hours notice, showed the government’s indifference towards the plight of poor people who work in India’s vast informal employment sector. Jobless and stranded, millions of migrant workers were forced to undertake long, perilous journeys on foot from cities to various rural hinterlands. Many reportedly died of hunger and exhaustion.

In enforcing a strict lockdown, Indian police reportedly beat up, teargassed, and locked up the migrant poor. Meanwhile, leading economists are pointing out that the Indian government’s relief package to the poor is thoroughly inadequate, with many falling through the cracks.

There are lessons here to be learnt from India’s colonial past. My own research on the history of colonial medicine looks at how prejudices relating to race and class were among the many wrongs that characterised British imperial public health policies. Attempts by British colonialists to contain mass outbreaks of malaria, leprosy, yellow fever and plague in the 19th and 20th centuries had clear racist and classist undertones.

British officials routinely identified the colonised as vectors of disease. In the first decades of the 1800s, while episodes of malarial fever epidemics hit many parts of India, James Ranald Martin, the presidency surgeon of Bengal, lamented:

The natives have yet to learn that … cleanly habits, pure air, are among the most precious gifts of civilisation.

In 1913, almost a century later, notes from the third meeting of the General Malaria Committee in Madras reported that malarial parasites were “as natural amongst primitive races as flea infestation is to a dog”. British officials in India were considered vulnerable from this predominantly “Anglo-Indian” disease, as “almost everyone who has resided in the East has imbibed the malarial poison”.

British fears of malarial contamination from “natives” around the colonised world also shaped norms of racial segregation in places such as West Africa. In 1901, the malaria committee of the Royal Society concluded that mosquitoes exist in “native dwellings” in large numbers and recommended segregation – the isolation of Europeans in towns away from “native quarters or camps”.

Leprosy provides another glaring example of the class discrimination inherent in colonial public health policies. The 1898 Indian Lepers Act provided for the compulsory segregation of “pauper lepers”, entrusting the police with powers to arrest them without a warrant. The imperial administration lacked the infrastructure needed to segregate all lepers and targeted only the poor lepers, who were identified as the most dangerous vectors of the disease.

Colonial class discrimination was also evident in cases of other diseases. The 1842 report of the Madras Medical Board attributed widespread malarial fever in India to the vices of the “lower orders”, including the smoking of tobacco and hashish, and drunkenness. During a yellow fever scare in 1916, government officials recommended that of all passengers returning to India in ships from affected countries, strict quarantine should apply only to the “illiterate third-class passengers”.

In March 2020, sanitary officials sprayed migrant workers returning to Uttar Pradesh with chemical disinfectants. The image, which went viral, bore striking similarities to the treatment of the colonised who were forcibly disinfected in tubs in quarantine camps during an outbreak of plague in Karachi in 1897. Such practices were widespread in contemporary India. In 1898, the British Medical Journal reported that railway officials in Bombay had disinfected the clothes of all third-class passengers with “steam under pressure” and forced “the native … to bathe himself thoroughly in a disinfectant solution”.

The shadow of India’s imperial past looms large over the coronavirus crisis. Unlike the virus, the social issues it has raked up in India are hardly novel. As long-term policies are being devised to address the hardships of those hit hardest by the pandemic, the government and the people must ensure that this health crisis does not further escalate into a graver humanitarian tragedy.

Shinjini Das is Lecturer in Modern Extra-European History at the University of East Anglia.