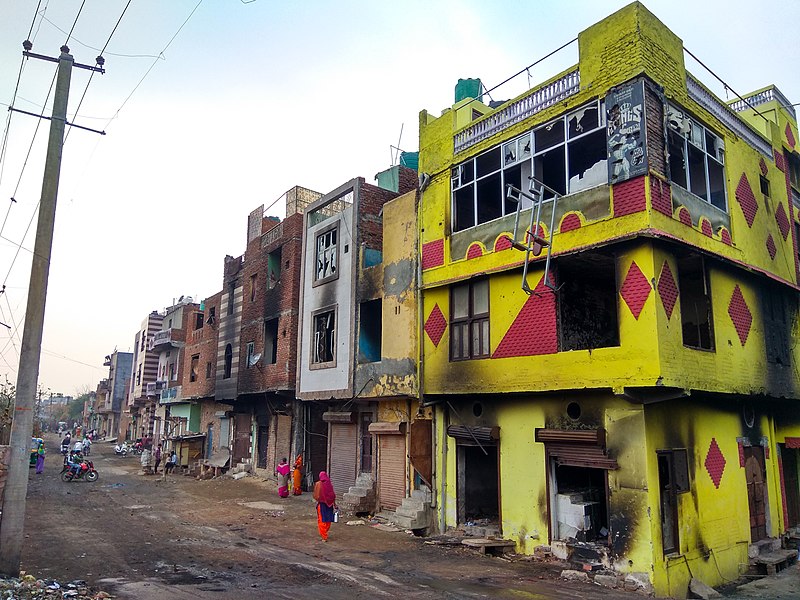 Created as a bipartisan US federal government commission through the International Religious Freedom Act (IRFA) of 1998, the USCIRF only has an advisory mandate.

In its 2020 report, the commission has recommended to the United States Department of State to classify India as a ‘Country of Particular Concern’ (CPC) and impose targeted sanctions on Indian agencies and political leaders “for engaging in and tolerating systematic, ongoing, and egregious religious freedom violations, as defined by the IRFA”.

The USCIRF follows a two-tier classification system for the countries it audits – CPC (Tier I) and Special Watch List (SWL) Countries (Tier II). A third cluster, Entities of Particular Concern (EPC), is reserved for non-state actors.

This year’s report places India in Tier I alongside countries like Myanmar, China, Eritrea, North Korea, Pakistan, Syria, Saudi Arabia and Russia. Tier II is occupied by countries like Afghanistan, Central African Republic, Iraq, Sudan and Nicaragua, among others.

It proposes targeted punitive measures like asset freezes and travel bans on Indian agencies and officials “responsible for severe violations of religious freedom”.

India has flatly dismissed the report, calling it “biased and tendentious”.

The ‘Key Findings’ section on India begins with:

It notes how the final NRC in Assam left out close to 1.9 million (19 lakh) people, making them vulnerable to “statelessness, deportation, or prolonged detention.” It also pointedly argues that “Muslims alone would bear the indignities and consequences of potential statelessness” brought about the NRC-CAA combine.

It takes note of the Home Minister’s “termites” remark directed against so-called illegal immigrants in Assam.

It then goes on to recall the Supreme Court verdict on Babri Masjid delivered last November, and how that contributed to the fostering of a “culture of impunity for nationwide campaigns of harassment and violence against religious minorities.”

The report also categorically takes note of the Tabrez Ansani lynching – how he was forced to chant “Jai Shree Ram” before being beaten to death.

It then notes how the central and state governments had failed to heed the 2018 Supreme Court judgment on mob lynchings by not enacting relevant laws.

It trails off by citing the February 2020 communal violence in Northeast Delhi and how the police might have been complicit while “operating under the Home Ministry’s authority”.

In its ‘recommendations’ section, the report pushes the line. It requests for India to be classified as CPC and the US to impose targeted sanctions on Indian entities associated with inciting communal violence.

This is a direct throwback to the time Prime Minister Narendra Modi, then the Chief Minister of Gujarat, was censured by the USCIRF after the 2002 Gujarat pogrom, which then drove the US government to cancel his visa.

The 2020 report truly is a dramatic upgrade from last year’s version, which used milder language and sought softer interventions.

Of other things, the 2019 report merely pressed the Indian government to allow an USCIRF delegation to visit India, encouraged the passing of the Protection of Human Rights (Amendment) Bill, 2018 and asked to ensure just deployment of anti-missionary laws.

There was certainly no mention of sanctions. Clearly, the past one year had a tectonic impact on India’s image in Washington DC, for one or more reasons.

A close analysis of the language used in USCIRF reports on India since the beginning of this decade reveals that the words used only got sterner and the tone heavier.

In fact, the findings in the 2014 report show a clear crossover point – they note the religious polarisation triggered by the national election process, which saw a landslide BJP victory.

In many ways, the 2020 report is one of the strongest ones on India in a very long time. Only perhaps the 2003 and 2004 reports, which came in the wake of the Gujarat pogrom of 2002, come close. That was the last time USCIRF categorised India as a CPC.

However, three of the ten Commissioners on the panel (who are directly appointed by the President) dissented with the final report on India.

One of them, Gary Bauer, wrote the following in his dissenting note:

“I am confident that India will reject any authoritarian temptation and stand with the United States and other free nations in defence of liberty, including religious liberty.”

Another Commissioner, Tenzin Dorjee, who is of Tibetan origin, wrote:

“India does not belong to the same category as authoritarian regimes like China and North Korea. India is the largest democratic nation in the world, where the CAA has been challenged openly by the opposition Congress Party and law makers, civil society, and various groups”

The Commission’s current Chair, Tony Perkins, had the following to say about india:

The remark, and in fact, the whole report certainly did not go down well with many Indians.

Senior BJP leader, Meenakshi Lekhi, claimed that the report was outsourced to a “lobbyist of Paki agencies” and questioned the Chair’s antecedents.

It was, however, well received by many others. One US-based collective, known as ‘Hindus for Human Rights’ released a statement in support of the report, urging Hindus to “speak up for Hinduism of peace and tolerance and push back the extremists in our midst.”

The 2020 report also deploys strong criticism of Pakistan. It finds that “religious freedom conditions across Pakistan continued to trend negatively” in 2019. It particularly takes note of the prevalence and hard enforcement of anti-blasphemy laws and the “severe” persecution of Ahmadi Muslims.

It notes, in less than sparing words:

“The systematic enforcement of blasphemy and anti-Ahmadiyya laws, and authorities’ failure to address forced conversions of religious minorities—including Hindus, Christians, and Sikhs—to Islam, severely restricted freedom of religion or belief.”

Notably, the report also recommends targeted sanctions on Pakistani entities and suggests its redesignation as CPC.

It remains to be seen how the US State Department understands the report, and whether it heeds the specific recommendation to impose targeted sanctions against entities in India and Pakistan.