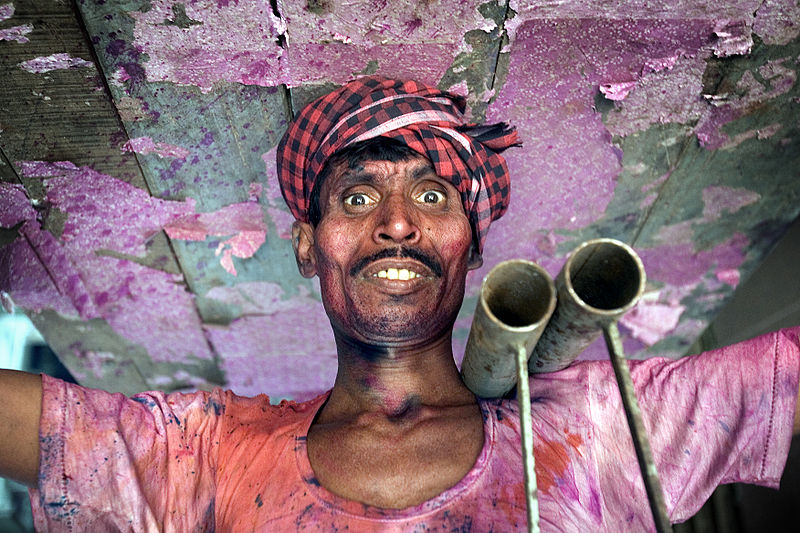 The dire socioeconomic crisis that millions of migrant workers across India are facing during the COVID-19 pandemic is the result of a poorly thought-out plan of a countrywide lockdown.

Migrant workers have been left stranded in large cities, away from home, without any income to sustain themselves. The current situation makes it clear that the authorities did not consider, nor had any preparedness to deal with, the eventualities of the lockdown, including the impact it would have on migrant workers in the country.

The government has to be sensitive and empathetic towards the situation of workers and take urgent steps to combat it.

According to the National Campaign Committee for Central Legislation on Construction Labour (NCC-CL), BoCW (Building and other Construction Workers) Cess Fund needs to be utilised urgently to help construction workers in distress.

NCC-CL is a non-governmental organisation that advocates social security and dignified livelihood for all unorganised-sector workers. In a circular dated 30 April, the organisation raises four important points regarding disbursement of relief money to construction workers, most of whom are migrant labour.

First, different state governments have announced different amounts to be given to each worker registered with the state/UT BoCW Board. NCC-CL has maintained that there should be no such variations in the amount provided as relief to workers hailing from different states/UTs. Since the BoCW Cess is collected under a national legislation that is common to every state, and the disbursement is being done for a common cause (COVID-19 pandemic relief), the amount to be received by migrant workers should be the same irrespective of the State/UT BoCW Board that’s releasing the funds.

NCC-CL mentions in their circular that the variation in the amount of relief from Rs. 1000 to Rs. 6000 is not supported by any rationale.

Second, NCC-CL has stated that the BoCW Cess Fund amounts roughly to Rs. 31,000 crore and it belongs to all the 10 crore (approx.) construction workers in India, as opposed to the 3.5 crore registered workers that the central government is considering. This cess fund is not sufficient relief, coming to only Rs. 3100 per worker.

In addition, the BoCW Cess Fund needs to be maintained so that it can be utilised for other benefits like old age pension, medical support or the education of construction workers’ children. Therefore, ideally, State disaster management funds should be used for providing relief to construction workers. They shouldn’t be denied relief from other sources only because the BoCW Cess Fund is available for them.

Third, NCC-CL contends that relief should be provided to construction workers irrespective of their annual renewal status or their registration status with the BoCW Board. Quoting Supreme Court’s statement in the proceedings during a NCC-CL petition, the organisation says that it is the responsibility of BoCW boards to register every worker and their failure to do so shouldn’t prevent unregistered workers from receiving common relief meant for construction workers.

The circular mentions that the right approach would be that all workers working in a state/Union Territory (UT), whether registered or not, should be included as beneficiaries of the state/UTs relief measures for construction workers.

Fourth, the organisation objects to the diversion of the Cess Fund for any relief packages other than those specially meant for construction workers. Giving the example of Gujarat where the state BoCW Board has been directed to contribute Rs. 250 crores to the Rs. 660 crore relief package announced under Gujarat Mukhya Mantri Gareeb Kalyan Yojana (MMGKY), NCCL-CL claims that the Cess Fund should be saved for workers’ welfare and other emergencies. Workers should receive benefit from the PM CARES Fund and the State Disaster Management Funds that have received contributions for tackling the current crisis.

State Disaster Management Funds and PM CARES Fund should provide additional relief to construction workers, on top of relief provided from BoCW Cess Fund. The government should not depend entirely on the BoCW Cess Fund since it’s already insufficient.

Fifth, NCC-CL stresses that the central government should give clear directions on the minimum support to be provided by relief packages that use the BoCW Cess Fund. It should also increase the coverage to include unregistered workers and migrant workers.

So far, the Union Ministry of Labour and Employment has only issued a General Advisory to states/UTs to utilise the Cess Fund, and this advisory has also not been implemented by states.

For example, in case of Gujarat, the Rs. 250 crores from BoCW Cess Fund transferred to MMGKY will be disbursed to beneficiaries holding ration cards, and not on the basis of registration of construction workers under BoCW Act. This would in effect mean the exclusion of construction workers, many of whom are migrants and do not possess ration cards in the host state, from the benefit of Cess Fund that is specifically collected for their welfare. These diversions will only exacerbate the crisis faced by construction workers in general and migrant workers in particular.

An example of government apathy was the decision by Karnataka government to not let stranded workers go back to their home states. Trains for migrants were cancelled after Chief Minister B.S. Yediyurappa met with property developers who convinced him that letting the workers leave would adversely impact construction work. However, this decision received a lot of flak and Karnataka government had to soon resume rail services for migrant workers.

The Uttar Pradesh government announced on 6 May that it was doing away with most labour laws in the state for a period of three years. It approved the Uttar Pradesh Temporary Exemption from Certain Labour Laws Ordinance, 2020 that places all businesses out of the jurisdiction of all but three labour laws and one provision (Section 5 of the Payment of Wages Act, 1936). The Yogi Adityanath government has said that this would boost business in the state which has been adversely impacted by COVID-19 pandemic. The three laws that have not been disturbed are Building and Other Construction Workers Act, 1996; Workmen Compensation Act, 1923; and Bonded Labour Act, 1976.

The Madhya Pradesh government has also exempted almost all provisions of the Factories Act, 1948 for new manufacturing units in the state for a period of around 1000 days.

The bypassing of labour laws would effectively mean there would be no regulations on work contracts, working conditions of labour, or the settlement of labour disputes. In addition, labour laws regarding labour unions also remain suspended for three years.

These exemptions will only lead to precarious work becoming more precarious for workers. The already existing workers’ crisis will be exacerbated as workers are pushed into exploitative contracts as well as atrocious working conditions.

Governmental decisions around labour during covid-19 lockdown will give business owners and managers a carte blanche to exploit and harass the distressed labour in the country.

Around a year ago, the government had already set in motion the procedure to repeal 44 labour laws including the BoCW Act, which would stop the functioning of 36 BoCW boards across the country. The repeal would halt all benefits given to workers under BoCW Act, like pension for old and disabled workers, educational benefits to construction workers’ children, and maternity benefits. While these laws were badly implemented to begin with, and doing away with them would be a regressive step in the country’s labour milieu.

NCC-CL has been part of an extensive campaign to oppose the government’s proposition of replacing 44 labour laws with four labour codes. While the Labour Code on Wages has got approval of the Parliament, three other labour codes – Occupational Safety, Health and Working Conditions Code; the Industrial Relations Code; and the Social Security Code – are being scrutinised by Parliament Standing Committees on Labour.

Considering this, one thing is clear – the decisions regarding exemptions of labour laws are not urgent responses to coronavirus lockdown. Rather, the COVID-19 pandemic is the urgency attached to systemic changes the centre has been mulling over since long.

The author wishes to extend her gratitude to Subhash Bhatnagar, Coordinator, NCC-CL for this story.

Tapasya Tofuss is a Mumbai-based independent journalist. She has previously written for The Diplomat and StoriesAsia.