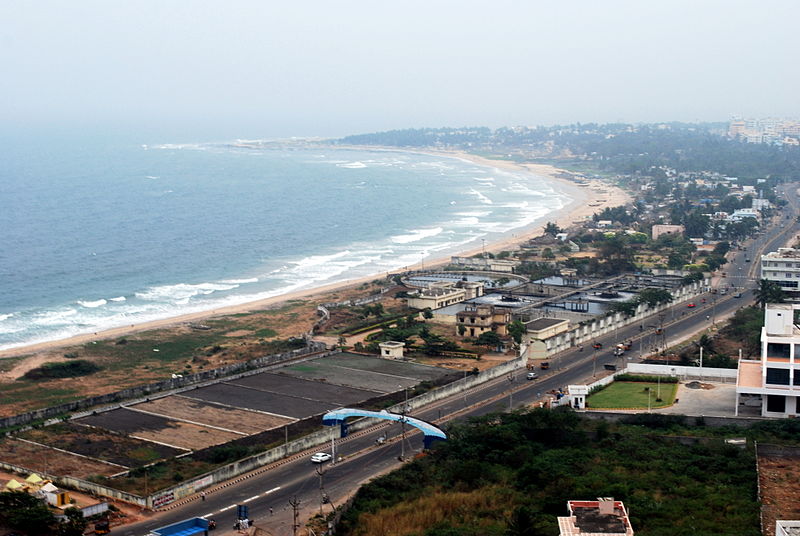 In the waking hours of 7 May, amidst the COVID-19 pandemic and the daily surge in case numbers, the southwest Indian coastal town of Visakhapatnam – also known as Vizag – woke up to horror. A gas called Styrene, used extensively in the local unit of LG Polymers India located on the outskirts of Vizag – leaked into the air.

At least thirteen people died and several others landed up in hospitals. Disturbing visuals of the toxic gas snaking through housing colonies and residents falling unconscious were aired by the media.

The incident is a troubling reminder of the Bhopal Gas Tragedy of 1984 and the Oleum Gas Leakage of 1985. In the aftermath of these whammies, the Supreme Court of India chalked out the principle of ‘absolute liability’ in MC Mehta v. Union of India, which imposes an absolute and inescapable civil liability on the company (LG Polymers India, in this case) to pay compensation to the victims. This is unlike in the case of ‘strict liability’ where the company can claim certain exemptions.

Further, there is also a provision of criminal liability under Section 304A of Indian Penal Code if negligence is established. The liability-imposing law in these cases is quite cogent and has already been well discussed. What has been left out and should now be central to discussions and disputations is the fact that LG Polymers did not have an environmental clearance for its operations in their plant for an extensive period from 1997 to 2019 – a prerequisite under the Environmental Impact Assessment (EIA) Notification, 2006.

The EIA Notification was issued in pursuance of and in accordance with the objectives of National Environment Policy. It vociferously mandates the “new projects or activities” and the “expansion or the modernisation of existing projects or activities entailing capacity addition with change in process and or technology”, being undertaken in any part of India, to obtain a ‘prior’ environmental clearance.

The Notification classifies the projects and activities in two categories with regard to the clearance-seeking authority – projects falling under Category A have to approach the Central Government, while those falling under Category B need to apply to the State Environment Impact Assessment Authority (SEIAA). Further, the 2006 Notification isn’t the first of its kind. A similar notification was issued in 1994, which was then superseded, except in certain things, by the 2006 one.

The scofflaw in Vizag

Moreover, these expansion plans fall under Category A for which the prior environmental clearance is accorded by the central government. But the company still applied for it with SEIAA. Joining these dots, the company comes out as a scofflaw.

Such a show of law-flouting is utterly unfortunate and should definitely invite a strict comeuppance. But considering such incidents as only falling foul of law would be even more unfortunate. There are other aspects attached to the issue which require our attention.

First, the environmental norms and regulations are usually based on the trite ‘prevention is better than cure’ and the instances of misconduct similar to the LG Polymers case are severe clout to this idea. The essence of EIA lies in undertaking the necessary measures to mitigate the adverse impact of various projects and activities on the environment based on assessments made by the regulatory authorities. This implies that depriving authorities from making such assessments ultimately results not only adversely affects the environment, but also the life and health of citizens, recuperation from which can hardly be guaranteed by any after-punishment.

Second, almost all of the important environment laws or policies in our country have been drafted and enacted in sync with and to give effect to various international covenants on environment protection and sustainable development – norms that India has proudly adhered to. For instance, after the Stockholm Conference of 1972, the Indian Parliament passed the 42nd amendment to the Indian Constitution in 1976, which provided for the constitutional recognition to environmental concerns by adding Articles 48A and 51(g) to it. The National Environment Policy, National Action Plan for Climate Change and their ilk are also the direct outcomes of the international realisation of obviating environmental degradation.

Thus, any act which sets such laws at naught causes great harm to the credibility of India at the international dais. Moreover, the damages caused to the environment in a certain country do not restrain themselves within its geographical boundaries – they are bound to penetrate across borders. This may amount to the imposition of some uninvited sanctions on India by the affected countries, which may be deleterious for the very economic growth in pursuance of which the whole damage to environment is done.

In the Vizag episode, apart from the irresponsible behaviour on LG Polymers’ part, the laxity and sloppiness of the administration is quite apparent. It has been a year since the company filed an affidavit and applied for the environmental clearance with the wrong authorities. Yet, the authorities have neither expressed concerns over such iniquitous behaviour, nor made any sincere efforts to address the problem thereafter.

This also points to the fissure in the provisions of the Notification with the regulatory authorities being granted limited powers. For instance, the authorities could also be empowered to take suo motu cognisance of industries running operations without a valid environmental clearance and take timely action.

With the Prime Minister announcing a stimulus of Rs 20 Lakh crore in order to make India “Aatmanirbhar” (self-reliant), the meteoric development of industries and manufacturing units is anticipated. Concomitant to growing industrialisation would be the precipitous rise in environmental degradation. And if companies continue flouting the law, and the state and citizens keep normalising such nonchalant and irresponsible behaviour, the next in the line of crises would be the climate.

This, along with the things discussed above, should act as not only enough deterrence for the industrialists against any such future iniquity, but also as enough incentive for the government to fill the lacunae in legislations and ensure their effective implementation.

Timely action is a must, because the delayed ones may prove to be infructuous. India cannot afford more gas leakage or similar industrial incidents to happen in order to prioritise such crucial issues. It is high time now that the government initiates a rummage of the various industries working outside the ambit of environmental statutes and adopt necessary measures to tackle the issue, so that we can eschew the next potential crisis of this century.