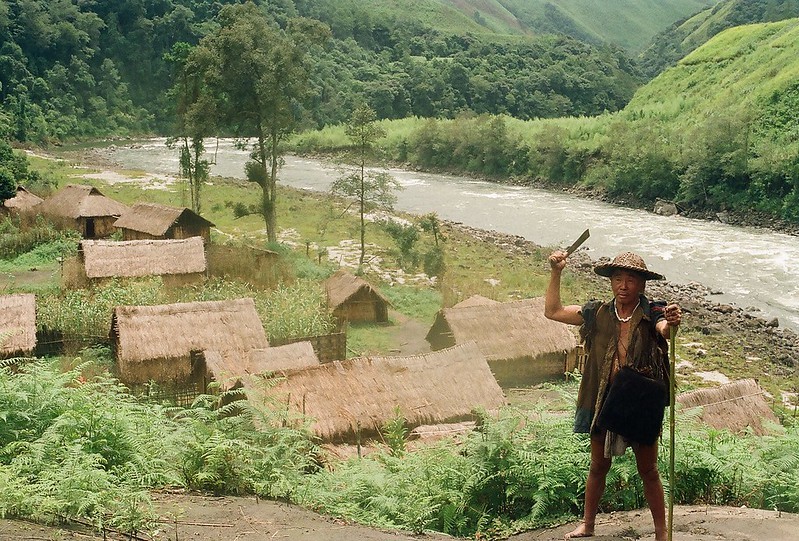 On 18 May, a group of conservationists and former members of India’s National Board of Wildlife (NBWL) wrote to the Ministry of Environment Ministry of Environment, Forest and Climate Change (MoEFCC) asking for the revocation of a clearance given by the Forest Advisory Committee (FAC) to the 3,097-MW Etalin Hydro Electric Project in the Dibang Valley district of Arunachal Pradesh.

The FAC gave the clearance despite its own assessment that the project would result in the felling of 2.7 lakh trees in “subtropical evergreen broad-leaved forest and subtropical rain forests”. The approval was given in April, but the committee later passed on the case to the Union Ministry of Power for the final decision.

The Etalin affair is a stark reminder of the neoliberal Indian state’s bureaucratic political structures in the Northeast. The process of constructing a dam always develops local specificities that are hardly noticed at the national level. This multi-layered mutation often goes beyond the questions of environmental sustainability, social desirability, and commercial viability of the projects.

In 2001, the central government launched a grand scheme to generate 1,07,000 MW of hydropower from the Eastern Himalayan region, and 57,000 MW from Arunachal Pradesh alone. The frontier state has been identified as the future powerhouse of India.

The push for infrastructural development under the erstwhile ‘Look East Policy’ (now called ‘Act East Policy’) and heavy fiscal dependence of Northeastern states on grants from New Delhi played an important role in developing the case for the region’s hydropower development.

The new discourse in Arunachal Pradesh is that the state will soon be swimming in hydro-dollars after these projects are completed and become operational. More than 160 Memorandum of Understandings (MoUs) have been signed without much noise.

The state government has run the whole MoU business under great secrecy, without any competition in the signing process. The contracts have been decided by the state cabinet and even local legislators representing the area are being pushed to overlook consequential details in the dam-construction process.

The plan of adding 40,000 MW in one go has not been backed up with critical infrastructural components like road connectivity and transmission towers. All of these projects are modelled as Public-Private Partnerships (PPPs), with Arunachal Pradesh bringing equity of 11-26 percent (around Rs 13,000 crore), according to the then Arunachal Pradesh Power Secretary, HK Paliwal. But the state’s entire budget for the year 2012-13 was Rs 3500 crore.

A Comptroller and Auditor General (CAG) report released in 2012 says that after the National Hydro Power Corporation (NHPC) completed the preparation of assessment reports for six allocated projects in 2006, the Congress government in Arunachal Pradesh, then led by Chief Minister Gegong Apang, ignored numerous attempts made by the government-run hydropower body to sign MoUs.

Instead, Itanagar gave them away to Reliance Power, Jaypee group, Jindal JV on Etalin, KSK Energy and National Thermal Power Corporation (NTPC) between 2006 to 2009.

There are three different kinds of companies venturing into Arunachal Pradesh to develop hydropower.

The first kinds are the large private sector players, like Jindal Power Ltd, a subsidiary of Jindal Steel and Power Ltd, that is currently developing the Etalin project; the Engineering, Procurement, and Construction (EPC) firms who have an experience in large-scale construction projects; and third, firms with the sole aim of selling their contracts to the next buyer for profits.

On the other hand, the Environmental Impact Assessment (EIA), surveys, and clearances are the responsibilities of various central government agencies, like the central cabinet and the MoEFCC. These departments outsource the task of preparing reports to various firms. By manipulating the legal guidelines, preparing faulty cost-benefit analyses, and giving fraudulent clearances, they earn huge profits in the state.

One such example from recent times is the Wildlife Institute of India’s report on the Etalin project, which was commissioned by the FAC. The report mentions that there is no tiger in the community forest outside the Dibang Wildlife Sanctuary.

But, the local Idu-Mishmi people in their various letters to the committee contradict the report, saying that they have generational relationships with tigers in the area. Tigers have always been a part of their ethnic folklores.

Patrick McCully, while talking about the EIA industry in his book Silenced River, says:

“Unfortunately, governments and dam builders have invariably turned the EIA process into a bureaucratic formality, merely another regulatory hurdle which developers must jump before they can get their projects approved” (McCully, 1996)

There are various irregularities at the bureaucratic level as well. Local politicians and the district administration play the most crucial role at the construction stage. They indulge in the brokerage of transportation of machinery, and the safety and security of personnel and materials. Because of the long gestation period of such projects, the companies are dependent on them.

The local politicians negotiate with the Gaon Burhas (village headmen) and villagers, and strike deals for formal and informal compensation packages. Without community support, dam construction is not possible. Since the land and forests are under community control, the role of Gaon Burhas and Panchayat members become significant.

Although many of them are skeptical about these constructions, they are too powerless, politically and socially, to face local legislators and other politicians.

The civil society in Arunachal Pradesh also lacks coherence, and their base is minimal. However, the recent post-MoU politics of dams has created some space for them to undertake meaningful political mobilisation.

For example, in Siang Valley, because of the presence of several forums like Siang Peoples forum, Siang Dialogue, Siang Bachao Andolan, the resistance to dam constructions is comparatively more organised and stronger than in other areas.

Resistance to hydropower projects are most visible at the grassroots. Many tribal communities, like Adis and Galos in the Siang Valley, besides the Idu-Mishimi in the Dibang Valley, are resisting destructive development agendas. But, when we take a closer look, these contestations are more layered than the popular narratives of ‘small tribal communities resisting their existential threat’. They range from state-vs-community to intracommunity conflicts.

As the land and forests have community or tribal ownership, the process of land acquisition for such projects involves various levels of contestations. The whole process of giving community land for such projects has always been done in an environment of cloak-and-dagger secrecy. Even some local legislators claim to have no prior knowledge of such accusations.

Additionally, the government’s decision of using community land for projects has drawn local resistance. The Arunachal Pradesh Land Settlement and Records Amendment Bill 2018 has been criticised for doing away with the customary principles of community landholding, thereby making land acquisition from local tribes easier for the government and the companies (Kumar, 2020).

It is difficult to understand these local resistances in isolation from local ethnic political dimensions. The opposition to the Siang River dam project has been better organised compared to those against other projects. One of the reasons is that Siang Valley is dominated by the Adi tribe, the second-largest ethnic group in Arunachal Pradesh with a sizeable representation in the state’s ruling elite. The same cannot be said for the Idu Mishimis whose existence as a community is now threatened by the proposed Etalin project.

The local stakeholder’s aspirations for better livelihood and development also play a substantial part. They do not reject the projects right away, but want to engage in direct communication with the dam-building companies. Their arrival means creation of employment opportunities for the locals, which is important as they are already struggling to adjust in a largely monetised economy.

The inability to fulfil their basic needs of healthcare and education out of their traditional agriculture have forced them to look for these opportunities. There are examples of successful negotiations between both parties, mediated by local lawmakers and other politicians, ending protests. The Lower Demew Project in Lohit district is one such example.

The Arunachal Pradesh government’s Rehabilitation and Resettlement (R&R) policies have created another set of contestations. Both land and direct cash compensations have their limitations. People with minimal access to cash can be seen satisfied with the cash, rather than the allotment of barely-productive land. But, their inability to use the cash beyond their immediate future makes them apprehensive as well.

Further, land allocation for settlements often leads to the eruption of old disputes, leading to clashes between family and clans. The degree of acceptance of settlements varies locally within the state. Regions like the Siang Valley with fertile plains owned collectively by the Adis saw greater agitations against the Siang hydropower project.

A closer look at the hydropolitics in Arunachal Pradesh, thus, reveals the layered contestations grounded in the political economy of the region. The unique hydropower politics in the frontier state are a product of neoliberal developmental agendas intermingling with grassroots political dynamics.

Debasish Hazarika is a Doctoral Candidate in the Indian Institute of Technology, Guwahati. He has written for publications like Countercurrents, Youth ki Awaz, and The Assam Tribune.