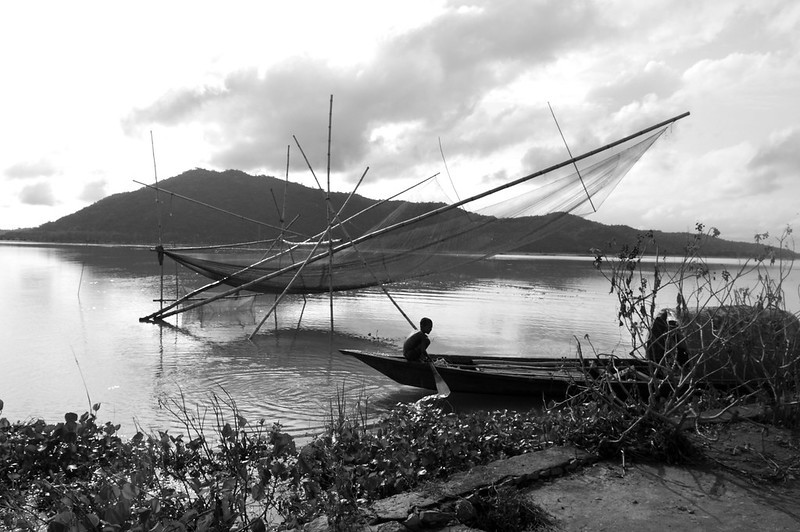 In an order dated 4 June 2020, the Gauhati High Court (HC) dismissed a writ petition against a verdict given last year by a Foreigners Tribunal (FT) in Assam declaring 54-year old Dulal Uddin as a “foreigner”. This was despite the fact that the petitioner furnished all the required documents.

Dulal, a resident of Dakhin Koladuba village in central Assam’s Nagaon district, was declared a “foreigner” by FT-4 in the same district on 27 March 2019. Unsatisfied with the tribunal verdict that stripped him off his Indian citizenship, Dulal filed the writ in February. It was argued by Oliullah Laskar, advocate at the Guwahati HC.

In its order, a two-member division bench comprising of Justices Prasanta Kumar Deka and Parthivjyoti Saikia, concluded that “the Tribunal has not committed any perversity while declaring the petitioner to be a foreigner.”

The HC bench dismissed the petition based on two primary conclusions – one, Dulal failed to establish his relationship with his father, Sahur Uddin; and two, he was not a registered voter despite being 54 years of age. The first conclusion is also exactly why the FT had declared him a foreigner last year.

To prove that he and his father are Indian citizens, the petitioner had submitted five documents – electoral rolls of 1965, 1970 and 1977 to prove his father’s voting status; a certificate by the local Gaonbura (village headman) ascertaining Dulal’s link with his father; and a land revenue receipt. The HC order, much like the FT verdict, does not acknowledge the last item for reasons unknown.

Also read ‘Reading Proof as ‘Proofs’: The Search For The Elusive Bangladeshi in Assam‘

The bench, while mulling over the question of whether Sahur Uddin is indeed Dulal’s father, argued that the Gaonbura certificate could not be admitted as evidence because it illegally uses the National Emblem of India.

This appears to be a hastily-drawn conclusion. While using the national emblem on a document without authorisation is indeed an offence, it might not be sufficient grounds to negate the evidentiary value of the document.

In Puran Mal etc v. Director of Inspection (1973), the Supreme Court had said:

“Where the test of admissibility of evidence lies in relevancy, unless there is an express or implied prohibition in the Constitution or other law, evidence obtained as a result of illegal search or seizure is not liable to be shut out.”

Moreover, in Dulal’s case, the document hadn’t even been obtained illegally. Hence, it is unclear why the Guwahati HC brushed aside the panchayat certificate.

The HC bench also argued that documents like a Gaonbura’s certificate cannot be used to prove one’s citizenship. To back this, it cited an earlier Supreme Court judgment Rupajan Begum vs Union Of India (2017) in which the apex court said that panchayat certificates can be used to prove citizenship, but only when the contents are “found to be established on due and proper enquiry and verification.”

However, the petitioner never argued that the certificate is to be used to prove his citizenship. He sought to merely use it to establish parentage. It is not clear why the Court overlooked this important point.

Further, the bench dismissed the Gaonbura’s oral deposition at the FT in which he confirmed the ostensible father-son relationship between Sahur and Dulal Uddin. It argued, while citing one of the court’s previous judgments, that only documentary – and not oral – evidence can be accepted under the Foreigners Act 1946, the special law on the basis of which the FTs operate.

However, the Foreigners Act 1946 is silent on oral evidence as a basis of confirming relationships. Thus, it is the general law – Evidence Act of 1872 – that comes into play here.

According to Section 50 of the act, the opinion expressed on the relationship of one person with another by “any person who, as a member of the family or otherwise, has special means of knowledge on the subject” should be considered a “relevant fact”.

That Sahur Uddin is indeed Dulal’s father was opined upon by not just the Gaonbura, but also the petitioner’s own brother, Aktar Ali, and his maternal uncle, Abdul Rashid. It remains unclear why both the FT and HC ignored these crucial testimonies.

Also read ‘Assamese Nationalism and the Project of Enclosing History‘

The HC also said that the petitioner hasn’t voted yet, despite being 54 years old. Notably, Dulal did furnish copies of five voter lists between 2005 and 2018. However, he was unable to procure certified copies of these rolls because he was marked as a “D(oubtful)-Voter”.

The D-Voter is an exclusion category introduced by the Election Commission in 1997 solely for the state of Assam. It is meant to delist suspected illegal immigrants from the voter rolls, pending final review by an FT.

However, there is no rule that prevents authorities from issuing certified copies of Voter Lists to those marked as D-Voters. Hence, it remains unclear why Dulal’s request was turned out. The HC did not bother to delve into this matter, despite the fact that it is expressly mentioned in the petition.

The petitioner is now exploring further legal options, including filing an appeal to the Supreme Court.

Dulal and others v. the system

Dulal Uddin, according to his petition, shuttles between uncertainties. On some days, he works as a farm hand on someone else’s land and at other times, as a daily wage labourer. He does not own any land himself, and thus, has no permanent source of livelihood.

“He often finds it very hard to provide for the family enough so that they do not have to go to bed in empty stomachs. He is illiterate, uneducated and ignorant of the intricacies of legal procedure and processes,” the petition reads.

Clearly, Dulal isn’t someone who can afford to mount a long legal battle against the Indian state. For him, it would suffice if two square meals reach him and his family every day. Yet, he was pushed into a David versus Goliath battle for absolutely no fault of his. One fine day, he became a suspect in the eyes of the Indian state.

According to the petition, it all began when more than two decades ago, an electoral officer suspected him of being an illegal and marked him out for further review. Next, a police officer referred his case to the now-disbanded Illegal Migrants (Determination) Tribunal “for opinion”.

Years later, on 24 April 2016, he received a notice from the tribunal informing him of his doubtful citizenship status. His misplaced fate, after shoving its way through hands much larger than his, had finally landed up at his doorstep. Quite palpably, life hasn’t been the same for Dulal again.

What Dulal is fighting is not an ordinary democratic judicial system. He faces one of the most complex and arguably arbitrary politico-legal regimes of exclusion in the world – right here in Assam where majority ethno-religious groups want all “aliens”, or so-called “illegal immigrants from Bangladesh”, out of their state.

Dulal isn’t alone. There are hundreds, perhaps thousands, like him who wait at the edge of a cliff with bated breath. One slight push, one tiny legal technicality, one small misunderstanding by a tribunal member or a court judge, and they fall straight into an abyss.

In fact, only earlier this year, in a case very similar to that of Dulal’s, the Gauhati HC refused to overturn an FT verdict declaring one Jabeda Begum of Baksa as a “foreigner”. Much like Dulal, Jabeda too failed to convince the two-member bench (also comprising Justice Saikia) that she is an Indian citizen despite providing more than a dozen documents, including voter rolls, Gaonbura certificate and land revenue receipts.

To those like Jabeda and Dulal, the darkness beyond the cliff looks like, at best, years of liminal and right-less existence as a non-citizen and at worst, the four walls of a detention centre.

Add to the whole mix a whole set of untrained “judges” who man the tribunals, opaque quasi-judicial norms of jurisprudence, a bunch of conflicting court judgments and immense political pressure from the top to rid Assam’s “native” demography of the wretched “aliens”.

Dulal’s case is only reflective of the deeply precarious reality of Assam’s ethno-religious minorities who were always suspect as “Bangladeshi illegals” and now have to navigate a hyper-complicated system to officially reaffirm their identity as Indian citizens. This, despite them and their ancestors knowing no other home but Assam.

His case also reflects a bleak actuality for the likes of him who do not have the means to understand the convoluted bureaucracy of documents, but still have to go through it all to live with dignity – that even having all the documents offers only a possibility, and not a surety, of passing the grand citizenship test of Assam.

With the National Register of Citizens (NRC) exercise dominating most debates and discourse in the state for a few years now, that too under the aegis of a Hindu supremacist government, it is this brutish violence of paperwork inflicted upon the likes of Dulal that is gradually becoming the twisted new normal in Assam.

Angshuman Choudhury is a New Delhi-based policy researcher and commentator, currently working with the Institute of Peace and Conflict Studies.