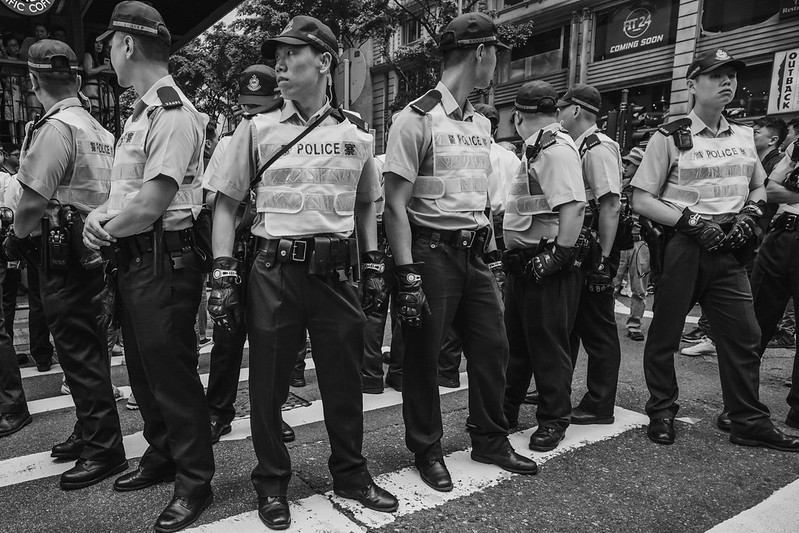 The draft National Security Law (NSL) recently passed by China’s parliament, which is slated to be finalised and imposed on Hong Kong in the coming months, has more to do with regime security rather than ‘national security’.

The immediate urgency of the security law, according to China, is the long months of political unrest in Hong Kong, triggered by the controversial extradition bill. However, that seems to be more of a pretext. Instead, the law is the result of last year’s district council elections, in which pro-Beijing groups lost not only the election, but also the confidence of their masters in Beijing.

For China, their electoral defeat in the middle of massive public demonstrations for democracy is a political nightmare that it loathes to admit. The election result is a clear indication that the direction of political winds in Hong Kong would blow towards democracy and freedom if they have a real choice.

The demands of the so-called ‘small minority of troublemakers’, in fact, proved to be the demands of the majority. Hence, unilaterally bypassing the city’s Legislature Council is an indirect confession from Zhongnanhai that majority of Hong Kongers are opposed to the NSL and it cannot rely on its local allies to get it passed.

Even more, the calls for democracy and the popular supports it garnered possess a mortal threat to the dictatorship of the Communist Party of China (CCP).

The issue of national security, therefore, comes handy for CCP as an useful excuse to nullify and eventually eradicate the forces of democracy from Hong Kong. Though China argued that the NSL is intended to remove a legal loophole that undermines national security, what it really does is establish another legal and political loophole through which the Beijing can pry on the thought and behaviour of Hong Kong residents and punish those who appear not to be subservient in its eyes.

The new law will create greater space for Chinese security agents to infiltrate and operate more openly in Hong Kong. Beijing’s assurance that it targets only a ‘small minority’ of troublemakers is to deceive and divide public opinion before the actual implementation of the law.

China calls the critics of NSL ‘fear-mongers’. Yet, provisions of the same law have been used to persecute critics of the CCP in mainland China, besides people in Tibet and Xinjiang on dubious charges.

For instance, Tashi Wangchuk, a Tibetan language activist, or A-nya Sengdra, who raised issues of illegal mining and hunting, were sentenced to long prison terms on charges like separatism, subversion and disturbing social order. Similarly, millions of Uyghurs are indoctrinated in Chinese concentration camps in the name of fighting terrorism, often on flimsy evidence, like keeping a beard, wearing a burqa, and not consuming pork and alcohol.

Therefore, serious political crimes like subversion, secession and terrorism are misused to suppress human rights lawyers and dissidents, like the late Liu Xiaobo, in mainland China. In Tibet or Xinjiang, the same law is abused to crack down on defenders of human rights and freedom, and those asserting ethnic cultural identities like religion, language and environment.

The execution of the law in Hong Kong will likely be broad, with its details vague and demarcations blurred. That will be a deliberate design, as lack of clarity will leave more room for interpretation, with Beijing having the final interpretation.

Even if there are some clarities in the letters of the law, its application will be problematic, as the Chinese regime often manufactures charges against its critics congruent with its security law and then punishes them accordingly. Such tactics are useful in targeting wide range of groups, and in the case of Hong Kong, it will include democrats, localists, human rights lawyers, press, religious groups, NGOs, writers, educators and artists.

The fact is that for the one-party state, the NSL is fundamentally a political strategy to suppress and silence those whose ideas and actions question or undermine its monopolistic power over every section of the state and society. The regime’s paranoia about rising demand for democracy and freedom in Hong Kong and its potential influence on mainland China are the key factors behind the NSL.

For Beijing, the political mainlandisation of Hong Kong is, therefore, seen as imperative for the long sustainability of its dictatorship.

However, just like independence is sine qua non for the Taiwanese people, so is democracy for Hong Kongers. They will not relinquish the democratic revolution without a fight. In the context of the Sino-Taiwanese relationship, the systematic dismantling of ‘One Country, Two System’ in Hong Kong has terminated any potentiality of a peaceful ‘reunification’.

If the Chinese nationalists have to blame someone for that, it is neither the ‘American imperialists’, nor ‘Taiwanese independence forces’ – it is the CCP itself. The party’s long record of deceiving people had been exposed like an overflowing stinking drainage.

The autonomy promised to the Tibetans and Uyghurs have turned into an apartheid system under a colonial Chinese police state, and in the name of creating a socialist paradise, the Chinese people are treated as mere cogs in the running of a regressive totalitarian system, as if they are incapable of thoughts and feelings of their own.

Only the CCP has an exclusive right to decide what is right or wrong, true or false, and if it says ‘freedom is slavery’, people are expected to not only say it, but also believe it.