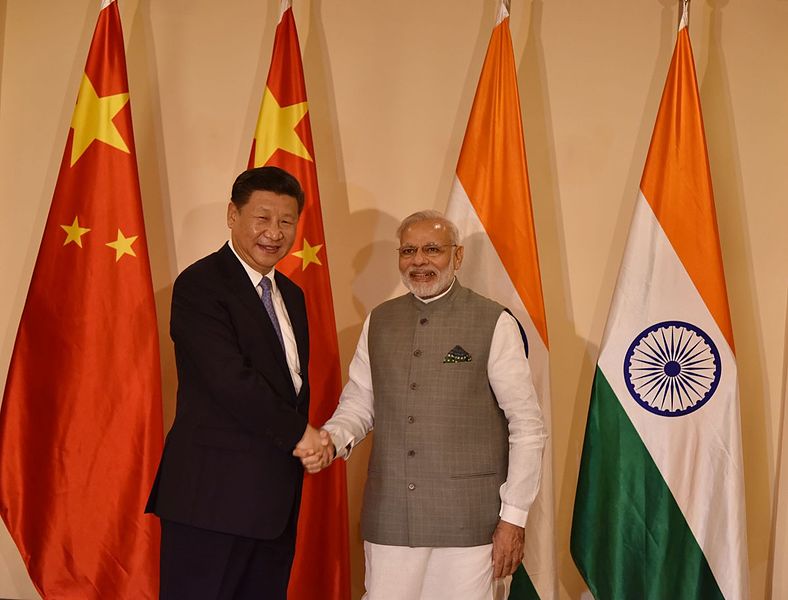 After the brutal killing of 20 Indian soldiers, including the Commanding Officer of 16 Bihar Regiment, by the People’s Liberation Army (PLA) across the Line of Actual Control (LAC) on 15 June, there has been a growing chorus in India for retaliatory measures against Beijing.

It is for the first time since 1975, when four Indian soldiers had died, that clashes between India and China have been so violent, and have resulted in casualties. Apart from a military retaliation, there have been calls for an economic boycott of Chinese goods on social media by traders’ organisations and even political leaders.

The barbaric killing of Indian soldiers understandably evinced strong responses across the board in India, and the level of anger was understandable. With a right-wing government in power, one that is ‘ostensibly’ tough on national security, the expectations too were sky high.

Expectations, however, are mostly divergent from ground realities.

Notably, even before the killing of the soldiers, there was a growing call for the boycott of Chinese goods after the outbreak of the COVID-19 pandemic. In the past week, hashtags like #BoycottChineseProducts, #BoycottChina, #TeachLessontoChina and #ChinaGetOut had started trending. After the Ladakh clashes, visuals of people breaking their own television sets surfaced.

The government, on its part, has taken some measures, such as imposing restrictions on government companies like BSNL and VSNL from using Chinese equipment for 4G technologies. There has also been talk of reducing China’s participation in India’s infrastructural and developmental projects. On Monday, the Maharasthra government suspended three projects with Chinese companies, worth Rs 3000 crores.

India is also likely to bring out a policy whereby e-commerce companies will have to specify where their products are manufactured, so that Chinese companies can be shunted out.

Some traders’ groups, like the Confederation of All India Traders (CAIT), have already made a list of commodities which can be boycotted. CAIT has announced a new campaign ‘Bharatiya Saaman-Hamara Abhiman‘ to not just boycott Chinese goods, but also urge celebrities to give up Chinese sponsors.

The limits of the call for boycott are evident from the fact that sale of Chinese smartphones, far from falling, has only risen recently, and big Indian companies, like the Adani Group, are receiving investments from China. The conglomerate, on its part, has denied the news.

While some politicians, including senior ministers like Ram Vilas Paswan and Ramdas Athawale, have supported the call for a boycott of Chinese goods, others like former Prime Minister, HD Deve Gowda, have been mature and called for restraint.

Gowda, who also heads the Janata Dal (Secular), has warned that a ‘nationalist’ narrative bereft of ground rationality and a wholesale call for a boycott of economic goods would not benefit anyone and merely escalate tensions.

A series of commentaries have also unequivocally rubbished the idea of imposing a blanket boycott on Chinese goods, not simply for the reason that there is no economic rationale, but also because such a decision would send a message that India is not self-confident and has not still come out of the 1962 syndrome.

Beyond hyper-nationalism and short fixes

On India’s narrative on China, a few points need to be noted.

Due to the hyper-nationalist narrative on electronic media, there is a growing obsession with doing something reckless without worrying about the repercussions, and while it is perfectly legitimate to expect some measures, it makes no sense to be excessively reactive and predictable, that too with China.

The Chinese mindset and approach towards foreign policy is fundamentally different from not just the West, but also South Asia. Not many analysts, even the more experienced ones, have dwelt upon this while suggesting responses.

Third, not just the US, but countries like Japan, Australia, UK have taken measures to reduce their dependence on China, especially for medical supplies. They are doing it in a sectoral manner, which is the right way to go about resetting economic ties with China.

Many experts have suggested a similar approach in India, rather than calling for a blanket ban and the government is already looking at a sectoral approach towards reducing dependence upon China, with a focus on infrastructure, telecom and other security-related areas. It has also prepared a list of commodities whose imports can be reduced. Efforts are being made to produce these goods locally.

Fourth, many commentators  have rightly argued, that the government has become a victim of its high voltage ‘hyper-nationalist’ campaigns and promotion of a jingoistic political narrative. The high-decible ultranationalism during election campaigns, be it 2014 or 2019, has consistently reduced the space for manoeuvre (even back channel) vis-à-vis both China and Pakistan.

Interestingly, the recent statement by Prime Minister Narendra Modi where he stated that China had not captured Indian territory, was praised by certain commentators who are not his supporters by any stretch of imagination. They argued that this would not just calm down tempers, but also pave the way for back-channel communication with China, and in the long run, a possible settlement. On the other hand, many who have supported the government on national security issues refrained from commenting on the move.

Fifth, it is important to realise that even the US, Japan and other countries are unlikely to support India beyond a point. A lot will depend upon India’s economic and military strength. Over the next few years, New Delhi needs to focus on getting its economic growth back on track, which will enable it to focus on military strength. Robust economic growth would also give it the space to assist countries in the neighbourhood, Africa and even Southeast Asia.

The views of politicians, as well as commentators who understand the domestic political and economic dynamics within China well need to be taken seriously. It is important not to trivialise crucial foreign policy issues.

The first step towards a constructive foreign policy and harmonious relations with the neighbours could be made by not conflating hyper-nationalistic utterances with India’s national security interests. It is also important to reduce social, religious and ideological polarisation at home and focus on getting the economy back on the rails.