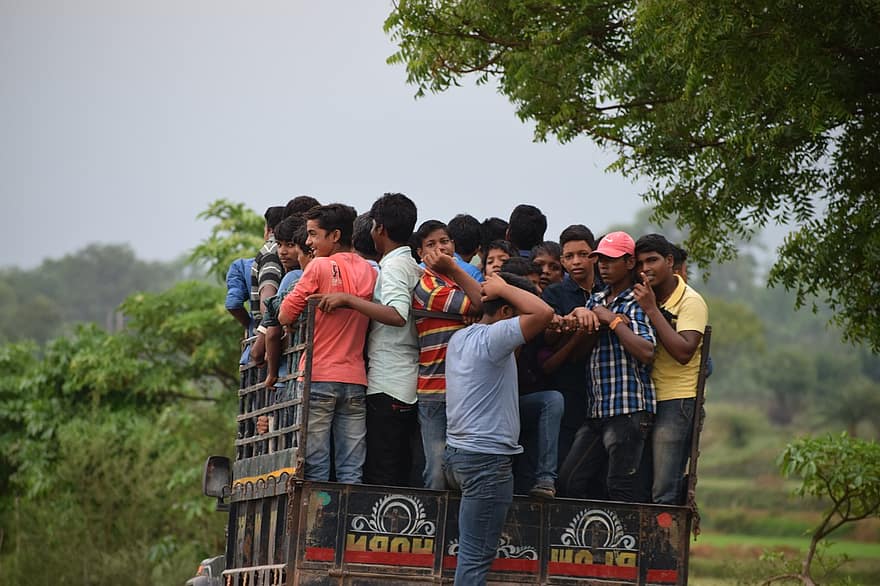 The COVID-19 pandemic has exposed all limitations of free-market economies and anomalies in the capitalist global economy, which appears to be in shambles. The unprecedented restrictive lockdown measures imposed by governments across the world have led to the loss of livelihoods, rise of unemployment, economic stagnation and crisis.

The pandemic is truly one of the biggest challenges in the history of the world. In this context, the Indian economy too looks gloomy. The pandemic has crippled the manufacturing and service sectors in the country. It shattered the urban economy, which led to reverse migration from cities to small towns or villages.

It is, thus, the right time to revisit the role of state and the plan to invest in rural economy, which can absorb migrant labourers for a sustainable future.

No alternative to public welfare

The authoritarian, neoliberal, market economy that is free from state planning is no longer an option to revive agrarian and rural economy in India. It is important for the state planners to shift their focus from economic growth-led capital formation to labour empowerment.

Investments in rural workforce, environment and agricultural land are three areas on which the central and state governments need to focus for the revival of the national economy.

The unbridle privatisation of natural resources must stop. Governments must use natural resources in rural areas to generate revenue to invest in rural development. The availability of sustainable livelihoods, investment in rural health infrastructure, education and healthcare facilities can help reduce rural-to-urban migration. It can reduce urban-biased development programmes. It can reduce population and other pressures on urban areas. It can help accelerate national economic development in long run.

There is no alternative to public welfare-driven states and governments. The recovery from the pandemic-linked economic crisis depends on revival of state planning for rural development.

Rural development in India was in disarray even before the outbreak of COVID-19 pandemic. State planning was considered obsolete and completely abandoned in search of economic growth. Market forces were given free hand to decide.

The practice of neoliberal capitalism and its technocratic approach with the help of analytical development tools destroyed the rural economy and reinforced the agrarian crisis in India. Poverty, hunger, and unemployment are the net outcomes of the withdrawal of state from planning for rural development.

The decline of rural agriculture and economy led to mass migration of rural labour and agricultural workers to urban areas and cities in India. These migrants were treated as disposables during the COVID-19 pandemic. The majority of migrants were left to their own fate. Many survived the ordeal by walking thousands of miles from Indian cities to their rural hamlets. Their citizenship rights and human dignities were taken away by the very system that profits from their labour.

Yet, progressive states like Kerala and Odisha are two beacons of hope for the migrant population. These two states have taken enormous steps in bringing back their own migrants and sending back migrants from other states. It really is high time for the return of the state in planning and development of rural India by developing and sustaining an abiding partnership between migrant citizens and the state.

The state of Odisha is an agrarian economy, which continues to face challenges of natural calamities in regular intervals. Regular natural calamities, like floods and cyclones, destroy the state’s economy and cause deaths and destitutions. It is because of state planning for last two decades, that the Odisha government has managed to reduced human casualties to single digits and sometimes to zero causality due to natural calamities.

The Odisha way of disaster management can be emulated by other states in India and countries across the globe.

In spite of limited resources and apathy of the central government, the state government in Odisha is making remarkable progress under Chief Minister Naveen Patnaik. He has worked relentlessly for the welfare and rehabilitation both Odia and non-Odia migrants in the state during the COVID-19 pandemic.

The Odisha government has announced a package of Rs 17,000 crores for sustaining livelihoods in rural areas. This is going to have a positive impact on the overall economy. The focus of the government is on developing the rural economy through various government-sponsored programs. The idea is to engage the migrants in different rural livelihood programmes by developing sustainable infrastructure, such as roads, school buildings, agriculture land, and irrigation facilities.

The government also provides incentives for the people to engage in the handlooms and handicrafts sectors. The handloom producers and workers are being offered economic assistance to continue their production activities, so that the rural economic chain continues without any disruption.

The Odisha government has developed citizenship and the state partnership model to empower women and the rural poor with the help of the Self-Help Groups (SHGs). It is an important policy platform of praxis, where 70 lakh women are directly involved. It gives an edge to Odisha over other states in India.

The SHGs can be the biggest institutional asset of any government to implement rural development policies for the revival of the rural economy. These groups help in creating local livelihoods through production of daily needs and using locally-available raw materials. This can help in immediate crisis management with long term positive returns.

More than 75 percent of Odisha’s population is directly or indirectly involved in the agricultural and farming sectors. The agricultural sector continues to be the dominant one in Odisha’s economy. It provides employment to a majority of the state’s population.

The crisis is an opportunity to diversify agriculture in Odisha to absorb more people and increase the per capita income in agriculture. The revival of farmers-led agricultural marketing, storage and distribution cooperatives are important in long run. The small-scale agriculture-based industries with focus on food processing can provide livelihoods to a large number of people. People returning from other states with skills can be employed in these industries with little training and skill development.

The contribution of farm sector to Odisha’s economy is about 30 percent, which can grow in these difficult times with the help of government interventions. The returned migrants are not going back to the cities outside the state of Odisha. It is important to create facilities to engage their skills and labour for the development of rural economy.

The state government is planning to provide small and medium-term financial assistance for setting up of new rural enterprises and businesses. The state of Odisha seems to be in a good position as a fast mover under the leadership of Chief Minister Patnaik.

The coastal line in Odisha connects seven big districts in the state. It is important to accelerate the coastal economy under the guidance and leadership of the Coastal Development Councils (CDCs). Fisheries, tourism and agriculture are the three areas the CDCs need to focus on for the growth of rural employment and economy.

The state is also gifted with large rivers – like the Mahanadi, the Brahmani, the Budhabalanga, the Subarnarekha, the Baitarani, and the Rushikulya. The river basins cover large parts of Odisha from north to south. These fertile river deltas need to be utilised properly for the further growth of agriculture.

The state of Odisha dominates the mineral map of India. Odisha is endowed with mineral resources. The mining sector contributes immensely to the state’s economy, but the poorest of the poor live in the resource rich regions of the state. It is time to make the indigenous and rural communities equal shareholders of mineral resources of the state.

The centralisation of power by the government of India is destroying the framework of cooperative federalism for economic growth and development of rural population in India. The Odisha government is committed to the democratic decentralisation of development and empowerment of rural poor. The experience of Odisha reveals that it is the only alternative to manage all crisis in future.

This is a crisis, and so, ‘resource constraint theory’ is an alternative. It is a product of neoliberal capitalist logic to control the state and its abilities for public welfare. Such an argument needs to be discarded. Austerity is not an economic policy, but a religious philosophy. It has no place in economic planning for development.

The pandemic has revealed that the prevailing free market economy, within a capitalist system, has failed to manage the crisis it produces. It failed in developing an egalitarian system with distributive justice for the marginalised, urban and rural poor. It failed to provide permanent employment and safe working place to the majority of population.

History is the witness to the positive role of a people’s state. Only democratic states and governments can manage crises for the greater common good. India’s sustainable future, thus, depends on the abilities of state- and government-led planning for economic growth and development.

Dr Gopabandhu Dash is Officer on Special Duty (OSD) to the Chief Minister of Odisha.