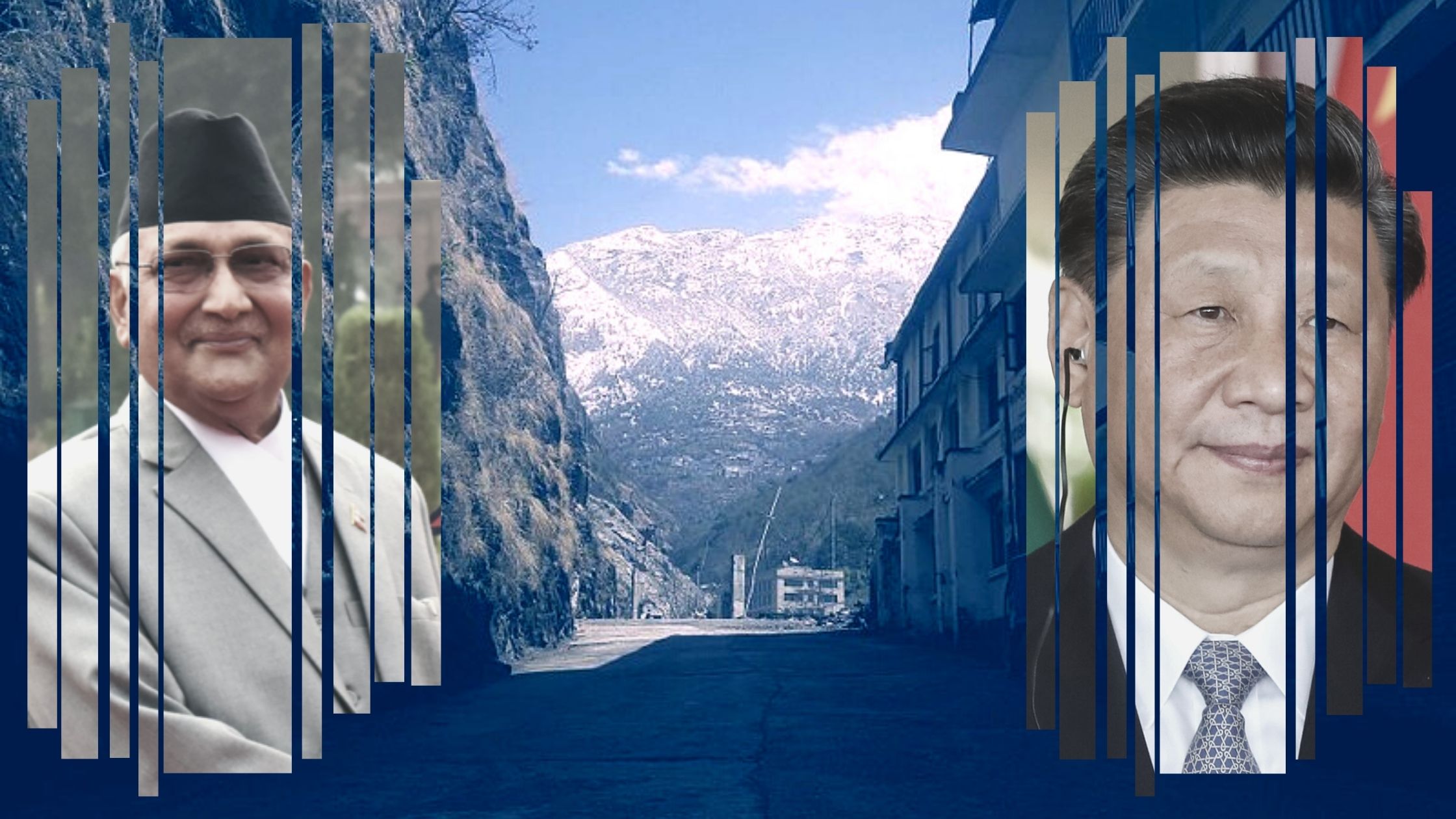 The ‘Chinese Dream’ project is now upgraded to the Belt and Road Initiative (BRI). The BRI is a worldwide project initiated and funded by China starting from 2013, and it majorly incorporates five aspects: impeded trade, financial integrity, policy coordination, connectivity and people-to-people relations.

It was basically aimed at integrating the larger parts of the world, that ism Asia, Europe and Africa. The context for China to create BRI is both domestic and international. The domestic reason is the balanced development of the whole country, particularly the western part of China. For this, China raised the slogan “go west”. The international reason for China is its desperate desire to change the US-centric world order into a multipolar one wherein China could emerge as a leading power.

Along with the implementation of the BRI, the Chinese economy is also stratified for three phases of economic development: the first period is for rapid economic growth, the second phase is structural adjustment period and the third phase is rethinking on the policies that need reform.

By 2020, it was expected that China would achieve a relatively comfortable life for the complete Chinese society. It would be a historical achievement. By 2035, China envisioned establishing a modern socialist country that would have decisive power with increased economic leadership, scientific and technological power, security strength, and cultural soft power. By 2050, China planned the establishment of a prosperous democratic civilisation based on modern socialism.

Also read ‘View from Kathmandu: India and Nepal Should Resolve Kalapani Dispute Once and For All’

Before the dawn of 2020, China was hit heavily by the COVID-19 pandemic, originating in December 2019. During this ongoing pandemic, China received a positive appraisal from some parts of the world and some countries have described China in a very negative light. During this healthcare crisis, China fought fiercely with the virus. Many doctors, researchers, and nurses greatly contributed to the fight against the virus. Now the whole world is fighting against it.

Nepal as a signatory country of BRI

Moreover, Nepal and China have a historical friendship. Yet, there were limited engagements between these two, mostly confined to few political visits in the past. Gradually, the engagements increased after the 2015 earthquake, since China helped Nepal in their time of need.

And once India expressed its disappointment with Nepal after the latter passed the new constitution in September 2015, it was an obligatory condition for Nepal to increase engagements with China for importing daily necessities. These engagements obviously encouraged Nepal to join BRI, though there is no precise linkage of road and railroad connections with Nepal in the entire BRI that was initially proposed.

However, BRI is not any static initiative. It is evolving and developing. It would be worthwhile to mention that rail-road connection is not a new idea brought under the BRI. For Nepal, it was a decades old idea because Nepal discussed its potentiality during the Mao era too.

In October 2006, when the Qinghai-Tibet railway started to operate, there were hopes to extend the railroads toward Nepal. So, the desire to be land-linked with China was not the immediate idea aroused after BRI, but the BRI added the energy to hasten implementation.

As BRI has majorly categorised areas of engagements into five categories (impeded trade, financial integrity, policy coordination, connectivity, and people-to-people relations), so it is significant to trace the engagements of Nepal and China in these defined five categories.

There are some regularly operating mechanisms between Nepal and China. Apart from these, there have been special visits and meetings organised to deliver consensus on BRI, which is depicted in the figure. During the course of the BRI, more engagements were established, which were not warmly welcomed by Nepal’s other neighbour, India.

There are many challenges for developing countries like Nepal due to topographical constrains, financial limitations, inefficient governance, adverse international interests and so on. Developing countries have to always exist under the ‘Damocles sword’. Nepal, situated between two antagonistic (particularly in the present scenario, after Galwan conflict) countries – India and China – is struggling to identify its own interests.

The upgrading road connectivity with China and India is in Nepal’s interest. Through the BRI projects, Nepal is expecting to build development infrastructures in the county. After the Nepalese and Chinese high-level visits, there were nine projects selected – our projects were related to road construction and upgrading, two projects to hydro power projects, one project was about transmission lines, and one was a feasibility study for a Kerung-Kathmandu railroad construction.

Nepal is precisely clear with its intention for these projects, which is to increase road connectivity with China. Nepal aims to become the land-link between China and India.

What will be the result of this?

Obviously, it is expected to result in increasing foreign investment, trade and tourism, which will ultimately contribute in Nepalese prosperity. While expecting foreign investments and international trade, Nepal has to be serious about its ever-growing trade deficits with China and India.

In the fiscal year 2004-2005, there were only three industries registered by the Chinese citizens, which grew to 148 industries in 2014. The speed of the growth within a decade is more than 49 times.

The Chinese-invested industries have 30,705 employees registered as the working force. The growing numbers of such industries require good image regarding China and the industries themselves, so that the Nepalese society can accept and welcome them.

We also see the Chinese government continuously aiding Nepal, and Chinese Banks providing loans to big development projects of Nepal. According to a report, China provided aid to 25 post-earthquake reconstruction projects, with a a total amount of USD 483 million.

A concessional loan was provided by China for the construction of Pokhara International Airport (USD 184 million) and Trishuli 3A Hydropower Project (USD 59 million). These are huge support for the economic upliftment of Nepal.

However, the characteristics and working nature of Nepalese political parties are rarely guided by political ideologies. Rather, they are only motivated to secure the ruling power. Nevertheless, these changes are seen as the consequences of Nepal signing the MoU on BRI.

Kathmandu has basically considered BRI as an opportunity of developing infrastructure in Nepal. Nepal would prefer smooth and peaceful neighbourly relations, where Nepalese desires for development and prosperity are fulfilled.

This commentary was first published by the Nepal Institute of International Cooperation and Engagement (NIICE), and has been republished under a collaboration.

Dr Lila Nyaichyai has a PhD on “Chinese Public Diplomacy in Nepal” from the School of International Relation Studies, Yunnan University, China.