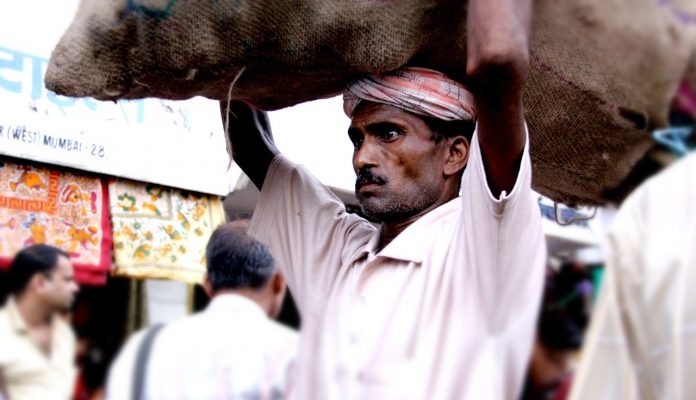 The ruling government in India, led by the Bharatiya Janata Party (BJP), introduced the Industrial Relations Code, 2019 in the lower house of the Parliament (Lok Sabha) on 28 November 2019. Brought in by the Minister of Labour and Employment, Santosh Kumar Gangwar, the draft law seeks to replace three existing labour laws: the Industrial Disputes Act, 1947; the Trade Unions Act, 1926; and the Industrial Employment (Standing Orders) Act, 1946.

The draft law was sent to a Standing Committee last April, and remains in line for a Parliamentary vote in both houses. Clause 2 (l) of this code defines an idea known as Fixed Term Employment (FTE). It says:

“Fixed term employment means the engagement of a worker on the basis of a written contract of employment for a fixed period:

(a) his hours of work, wages, allowances and other benefits shall not be less than that of a permanent workman doing the same work or work of similar nature; and
(b) he shall be eligible for all statutory benefits available to a permanent workman proportionately according to the period of service rendered by him even if his period of employment does not extend to the qualifying period of employment required in the statute.”

On the other hand, stakeholders, like the State Government of Punjab, were of the view that the introduction of FTE in the Code is good, as this balances the interest of both employers and employees. Employers don’t want to employ on a regular basis as they want flexibility. FTE suits most employers on this ground.

In response to the suggestion that FTE should be deleted from the Code, the Ministry submitted as under:

“Not accepted. The proposed definition creates a balance between the rights of employer and of the employees. During the period of “fixed term employment, a worker is entitled for all benefits which are available to a permanent employee.”

FTE has been envisaged as a concept to provide flexibility to an employer to engage workers on a fixed term period as per their requirement. On the other hand, it has also been provided that employees engaged under FTE get all the benefits (except retrenchment compensation) equivalent to a permanent worker. It is further perceived by the policymakers that prescribing minimum and maximum number of years as well as terms or tenure under the definition of FTE is not desirable, as it would defeat the very purpose of introducing FTE.

In response to the question whether there was any possibility of discrimination between the fixed term employees and the regular employees, the Joint Secretary at the Ministry of Labour Employment (MoLE) replied:

“The fixed term employment means engagement of a worker on the basis of written contract of employment of a fixed term. Everything, including the gratuity would be given to him, as that of the regular employees. There is no discrimination”.

The statement of the Ministry confirmed that persons appointed under FTE could very well raise industrial disputes.

The Standing Committee on Labour expressed serious apprehensions at the flexibility provided to the employers under the FTE to engage workers or employees on a fixed term period as per their requirement. Such flexibility in the form of FTE may lead to exploitation of the workers and promote the prospect of ‘hire and fire’ policy by employers.

In other words, FTE, as defined in the Code, implies that it can be used to replace the present and future permanent vacancies into a flexible contract on a regular basis, which is perceived to be highly inappropriate. The Committee, therefore, impresses upon the Ministry to incorporate protective and pre-emptive provisions in the said Clause, explicitly mentioning the conditions under which and the areas where the employers can secure FTE from a designated authority.

In short, the Code must specify that FTE shall be strictly based on objective situation so as to dispel and allay any sort of misgivings and misinterpretation.

The Standing Committee members are not convinced with the Ministry’s reluctance in providing for a minimum and maximum tenure for FTE. The Committee desires that provisions be made for a minimum tenure under FTE so as to guarantee job security. Similarly, with a view to avoiding the manipulation of the concept, a maximum tenure, say not more than two terms, as has been adopted by some countries like China, be incorporated in the Code.

In October 2016, the central government allowed fixed-term contracts in the textile sector, and later in the year 2017, the government allowed the same in leather footwear sector under ‘Make in India’ campaign and National Skill Development Mission.

In the year 2018, the central government proposed to allow fixed-term employment in all sectors by proposing amendments in Industrial Employment (Standing Orders) Central Rules mandating that fixed-term contract workmen shall get same wage, allowances, working hours and all other benefits that are available to permanent workmen in any industry. A notification was issued on 16 March 2018 to incorporate FTE under the definition of ‘workman’ under the Industrial Employment (Standing Orders) Act, 1946 and Rules made thereunder.

Given the present circumstances, it is obvious that FTE would get legal validation soon. Although trade unions as well as the Standing Committee have opposed the idea, it is evident that the central government is going ahead with it and some state governments too support this concept.

FTE is not a new concept. It is in vogue in different forms, like contractual employment, consultancy, retainership, and temporary employment. Even the state resorted to such type of employment in the not-so-distant past. In practice, FTE takes different forms and names. Terms of employment remain implicit or undecided in certain cases. In other cases, they are explicitly mentioned. Some contracts are formal and written, whereas others are informal. Any kind of contract employment without the involvement of contractors can be classified as FTE in some sense or the other.

The positive aspect of the proposed section on FTE in the Code on Industrial Relation is that it legalises forms of employment that are already in vogue. It will make such contracts formal and period of employment would also be mentioned in clear terms. Those who would be employed under FTE will also enjoy benefits that are otherwise available to regular employees.

Legal validation is definitely an improvement over the present situation. This provision ensures job security during the period of employment and access to certain other benefits, including social security. It further helps avoid engagement of contractors between employer and employees. Rather, it helps in establishing the employer-employee relationship in a context of systematic mystification of the same.

The flip side is that the concept of regular employment might vanish in thin air in the process. Regular employment is on the decline. There has been steady informalisation of the workforce over the last three decades. This happened within the formal sector too. It is a testimony to the fact that the labour market in India has in-built flexibility. Informalisation continues to increase despite some protective labour laws being in place. The share of contract labour kept on increasing.

Introduction of FTE in the Code on Industrial Relation will make the labour market a bit more flexible. Along with growing contractualisation and informalisation, whatever few regular employments that still remain, might now go the FTE way.  FTE is a good option for employers as they have the option to terminate employment at the end of the contract period. Other obligations too would be limited to the period of employment only.

Employers are also free not to renew contract if they are not happy with the performances. Employers in India, in general, believe that permanency make employees complacent, and as a result, productivity suffers. FTE would keep employees on tenterhook and they would always be eager to contribute more on the expectation that contract would get renewed. There are certain core positions where you require regular employees. Such positions might go to FTE, as this becomes legally tenable.

The proposed FTE doesn’t specify lower or upper limit of the fixed term contract. Thus, considerable degree of freedom has been given to the employers to decide about the period of employment. They can go for relatively longer period of engagement, depending on the requirement. There is also no bar on renewing contract multiple times. Thus, a person can be employed over a longer period through renewal of FTE number of times.

Views expressed here are personal and not necessarily that of the author’s organisation.