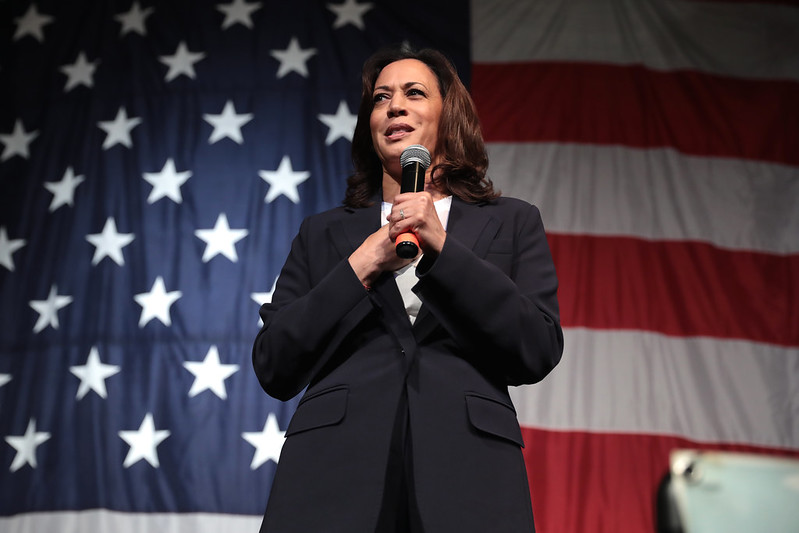 The candidacy of California senator, Kamala Harris, for Vice President of the US with presumptive Democratic party Presidential nominee, Joe Biden, and accusations of her cornering of the Afro-American space have brought the Indian American into the limelight again. Thus, India and America, two of the major colonies in the British Empire, segue into each other through her candidacy.

This process has been facilitated by Afro-American movements such as #BlackLivesMatters in the US. This has become contentious in Harris’ carceral treatment of protestors in the state of California, of which she was the Attorney General from 2011-17.

The Afro-American movement in the US is analogous to the subaltern Dalit movement in India. The apotheosis of a ‘caste’ Indian like Harris into the slot of oppressed emancipation involves a historical distortion of facts. This distortion goes back to colonial historiography and anthropology, which framed Indology as well as Orientalism within the pathology termed ‘savageology’.

GN Devy dwells at length upon how orientalism and Indology, along with the ‘magnificent’ vocation of colonial scholars such as William Jones, were but exercises in savageology. This notion of the Indian as the ‘savage’ is perpetuated in the intolerance towards candidacy of Kamala Harris.

Contemporary Indologists from the US, such as John Hawley, have been culpable in their perpetuation of the colonial notion of the ‘savage’. This, in the case of the erstwhile ‘flower children’, also known derogatorily as the ‘hippies’, who originated in the Haight-Ashbery district, has meant looking at India as a source of spiritual, mystical and hallucinogenic excitement. They have ‘gone savage’, abandoning the privilege that white society had conferred on them.

Also read ‘The Poetics of Abolition: From Female Suffrage in the US to Social Reformation in India’

The hypocrisy of charlatans like Hawley is visible in the absolute ignorance of other heterodox traditions in India outside of the mainstream Bhakthi movement, such as the Persianate, Dalits and South Indian contributions to the infinite cultural richness of India. The likes of savageologists have no conception of the incredible diversity, dynamism and vitality of Indic tradition. This is a political blind spot that disables potential emancipation.

While perpetuating the notion of the Indian elite as ‘savage’, Indologists have given rise to a block of resentment from the likes of Shashi Tharoor. But contemporary savageology has helped resurrect the crumbling edifice of elitism by appropriating for it, the agency of the emerging subaltern. This accrued subalternity, thanks to savageology, has facilitated the rise of misogyny towards Harris.

The last democratic president of the US, Barak Obama, had to struggle against racial, ethnic and religious stereotyping. ‘Noble savage’, as a romantic prototype created by Jean Jacques Rousseau from a European imperial milieu, is utilised in its invocatory violence in other spaces, with liberal intent. But the ‘savage’ credo, which clings to Harris due to the despicable history of colonial scholarship, ironically props her up into a position of power.

The emergence of powerful subaltern Indian voices such as Manoj Night Shyamalan, AR Rahman, Suraj Yengde, Sujatha Gidla, Hassan Minhaj, Azeez Ansari and others in the political and cultural scenarios in America is reflected in the occupation of that space by a privileged ‘caste’ person by utilising Indo-Jamaican subaltern credential.

As Edward Said points out in Orientalism, knowledge in a colonial milieu has served the powers that be through translation and the intricate creation of a corpus of scholarship on the Orient. This was an offshoot of a more linear and venomous current called ‘Savageology’. Thus, comparative studies were meant to represent Europe, the term ‘Orient’ applied to Arabia and Islam, and anthropology dealt with the rest of the world.

Casting the majority of world population was evident from European narratives from the time of Marco Polo himself. Democracy in the occident, including America and Europe, Australia and New Zealand, has thus acted in ways detrimental to real democracy of the oppressed elsewhere. This happened because a major proportion of the world was denounced violently by the faux scholarship of savageology.

Also read ‘#BlackLivesMatter: What the French Revolution Tells Us About Destruction of Statues‘

The real victims, such as women accused on being witches in Salem, Massachusetts, those kidnapped as part of the trans-Atlantic slave trade, which formed the economic basis of the US, Moriscos exiled from Spain and indigenous inhabitants of the Americas, were subsumed into the vast innards of the pseudo-science called ‘Savageology’.

Its contemporary articulations uncannily recapitulates its past violence by foregrounding the victimiser as the victim. It is aided by present-day vampire-like exponents of Savageology who escape undetected in the realms of imperial academia. Savageology is detrimental only to the real victims of colonial abuse of power and scholarship. It aids the growth of those apologists who benefited from colonialism and its epistemological edifices of power and scholarship.

Astute social observers, such as Michael Moore, have hailed the candidacy of Harris, perhaps due to the perceived emancipatory potential inherent in her candidacy. The documentary filmmaker of such absolute masterpieces, such as Bowling for Columbine and Fahrenheit 9/11, seems sensitive towards the critical nuance that many in the US have shown in this respect.

The elevation of Harris, owing to her ‘black’ credentials, is poetic justice, but also an instance of political justice and strategy. It also eliminates the possibility of real subaltern solidarity between Indians and Americans. The Harris candidacy taps into lodes of hidden genealogy between the Indic elites and the Boston Brahmins. The appropriation of post-colonial energies unleashed from southern locations, including India, thwarts the empowering of the global south in myriad ways.

It deftly manipulates colonially created notions of the Indian savage into a terrain of solidarity. Into this solidarity, the Indic elite is later inserted, and then highlighted as ‘victims’ of that colonial past. This comes at the cost of the actual victims of colonialism and imperialism, in India, America and Britain, as elsewhere in the world. With the world looking towards a post-Coronavirus future, the candidacy of Harris unfortunately sets a template for appropriation.

Isabel Wilkerson in Caste: The Origin of our Discontents delineates how the black civil rights movement in the US was inspired by their subaltern counterparts in India, which was epitomised in Martin Luther King Jr’s visit to Trivandrum in Kerala. Reverend King was, at first, offended at being called an ‘untouchable’ by locals. But this later turned into a profound moment of self-realisation.

Later, the Indian President KR Narayanan would also be referred to by the same epithet by the French press during a state visit to France. Such profound misidentifications in the case of personages such as Kamala Harris aid their rise and flourishing. But in a convoluted manner, the ghosts of the past continue to haunt president Narayanan and Martin Luther King.