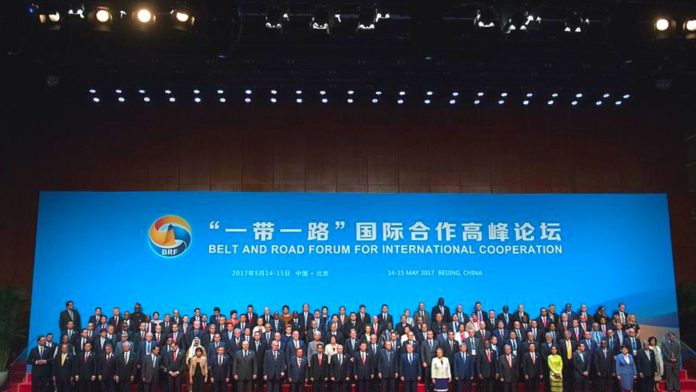 There aren’t many words today that better describe the current discourse of the economic growth paradigm across developing countries than ‘infrastructure.’ Most countries in the developing world have been prioritising access to finance singularly for the development of roads, bridges, hydropower, and the likes.

The Asian Development Bank in 2017 estimated that Asia alone would require USD 1.7 trillion every year in order to maintain economic growth momentum, while Mckinsey reported that global investments in infrastructure connectivity were falling short by USD 0.35~0.37 trillion every year.

The infrastructure-led growth model is not new. However, China’s experience in infrastructure investment while facilitating industrial development since its reform and opening up in 1978 has made such a growth strategy more influential than ever. Coupled with developing economies’ demand for new markets and China’s need for shift in production facility to reduce excess investment capacity at home, the Belt and Road Initiative (BRI) was envisaged to boost economic growth through physical connectivity and economic integration.

First put forward by President Xi Jinping in 2013 and then enshrined into the Constitution of the Chinese Communist Party (CPC) in 2017, the cooperation has received endorsements from over 126 countries and 29 international organisations with trade volume of more than USD 6 trillion and creation of more than 244,000 jobs. Chinese investments have financed large infrastructure projects, energy and port development projects with its State-Owned Companies (SOEs) bearing the lion’s share of the available BRI investments.

Having said that, BRI projects have also garnered criticisms for risks in debt sustainability, transparency, and adverse impact on the environment. Lack of clear information on the process of selecting Chinese companies and limited participation of its foreign counterparts underpin the likelihood that firms selected for BRI projects are best fit to implement them amidst all concerns.

These issues have led to some countries, including Sri Lanka and Malaysia, being more vulnerable to riskier projects, which prompted large SOEs and policy banks to reconsider on how they view risks abroad.

On the contrary, along with the spike in the trade war with the US, China has been unsurprisingly quiet on enhancing the public image of its flagship initiative. During 2017, prior to the first Belt and Road Forum, Chinese media was flushed with branding the BRI as a win-win cooperation and sending out a positive image to the world. The mega-project then seemed like a bandwagon for overseas Chinese investments.

According to a World Bank study in 2018, half of the total funding for BRI projects worth USD 292 billion was provided by big four state-owned commercial banks, and most of the remaining through China Development Bank (CDB), Export Import Bank and Silk Road Fund. Because the large-scale lending is facilitated through the SOEs and policy banks, such company-to-company lending provides mere underreporting of financial mechanisms, especially for low-income developing countries (LIDCs) where access to data are limited.

As a result, according to a Kiel working paper of 2019, the LIDCs have been most exposed to Chinese investments, which on average constitute more than 10 percent of their GDP, bringing in wide international criticisms associated with the overall initiative.

Though these bumps have slowed down the positive portrayal of the initiative, which China initially desired, due to the scale of investment, people-to-people cooperation and China’s status as a major power, the BRI has already become a core part of Beijing’s foreign policy.

The initiative has got less public and media attention since its first forum in 2017, and yet Chinese firms are still internationalising and significant attention is being given on improving connectivity. However, more focus has to be given on ensuring the sustainability of the projects for its longevity.

China has taken some concrete steps in this regard. For instance, according to International Institute of Green Finance (IIGF) in 2020, for the first-time, renewable energy has accounted for majority of Chinese BRI energy investments overseas, with more than 58 percent of total investments. Similarly, President Xi, during the BRI symposium in 2018, “ordered authorities to pay high attention to forestalling risk overseas”, calling for progress on projects that deliver real benefits to local people.

Subsequently, by April 2019, the Belt and Road Debt Sustainability Framework (DSF) was presented as China’s answer to ensuring debt sustainability amongst the BRI recipient countries. Concerns for debt sustainability for LIDCs and also addressing issue of popular narrative of ‘debt-trap diplomacy’, prompted China to issue the DSF in a rare incident by publicising the document at first in English rather than in Chinese.

With the DSF, Chinese lending agencies now have an option to choose a more cautious approach to prioritise if they want to engage in concessional loans or grants when dealing with debt management in order to prioritise on lower debt burdens when investing in developing countries.

Even with such key steps undertaken, the current COVID-19 crisis has led to more speculation of possible risks of the BRI projects. According to Wang Xiaolang, Director of International Economic Affairs Department at Foreign Ministry in Beijing, around 20 percent of BRI projects have been “seriously affected” by the pandemic. Several recipient countries, including Pakistan and Malaysia, have cut back their spending on projects.

As a result, according to Ministry of Commerce of China, in the first five months of 2020, the value of BRI projects only rose by 0.1 percent while there has been 42 percent drop in Chinese workers to be sent to the project location, further implying uncertainty on the projects to be completed on time. To overcome such obstacles, China has recently joined the G20 debt relief initiative to coordinate with other members on debt suspension of around 77 countries.

Yet, experts have questioned its implementation, largely due to lengthy processes of implementation and regulatory, legal and political issues across countries that could bring difficulties in executing such relief.

Five years on, the BRI narrative has not only focused on hard infrastructure, like railways or hydropower, but also on areas like digital technology through its ‘digital silk road’, global health governance through its ‘health silk road’, fostering people-to-people relationships and so on. Nevertheless, the BRI is an instrument of economic soft power for China, where developing countries are lured into massive infrastructure spending spree, in an effort to boost economic cooperation.

Therefore, the sustainability of these large infrastructure projects is considered crucial if BRI has to thrive in the long run. As China’s lendings to LICs have surpassed all Paris Club creditors combined, much will depend on its approach to debt sustainability.

This article was originally published by the Nepal Institute of International Cooperation and Engagement (NIICE), and has been republished here under a collaboration.