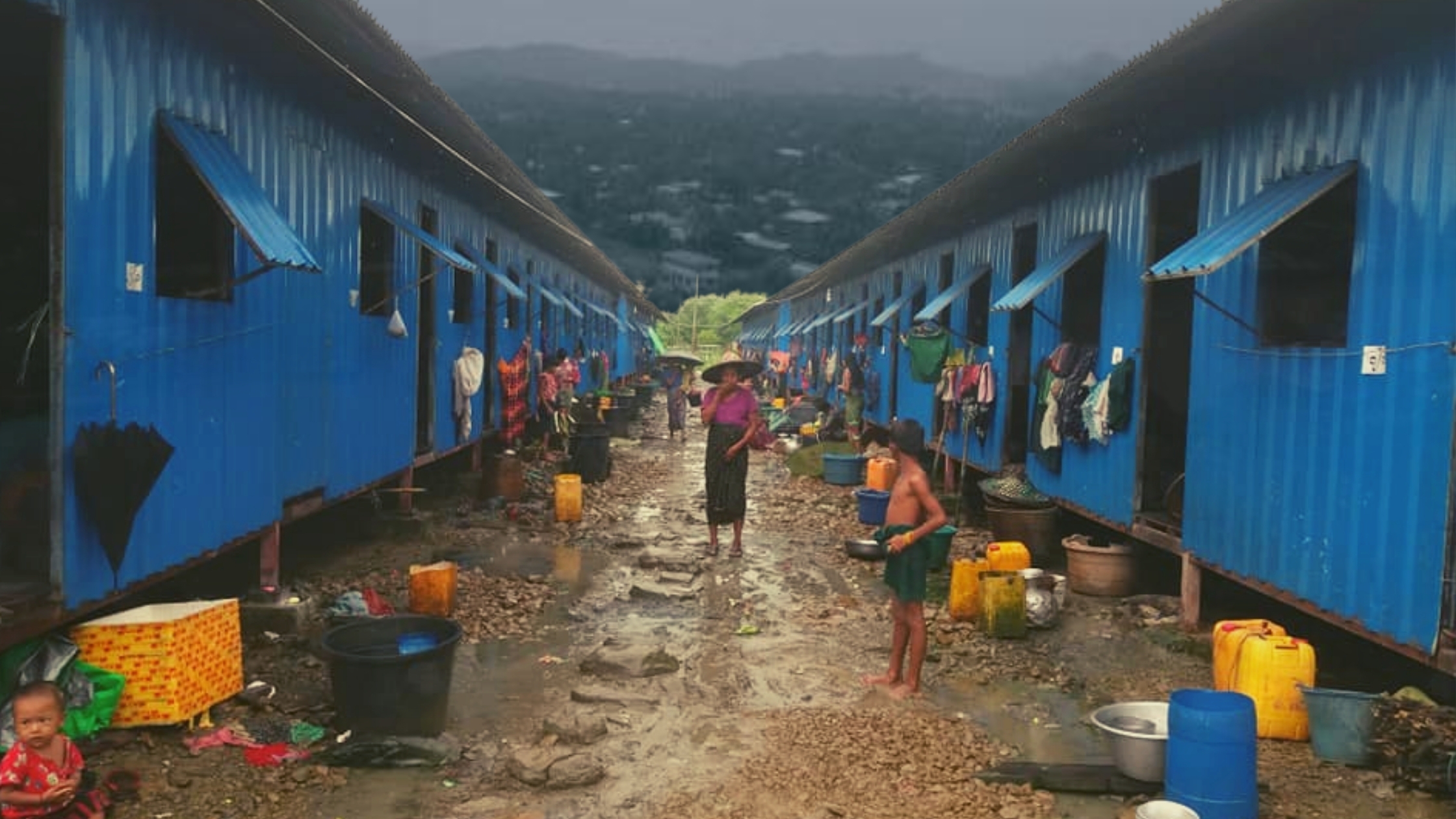 A Note on Names

The main eponymic ethnicity of the state is the ‘Rakhine.’ They refer to themselves by that name, as do the other ethnic groups in the country. But as with the name ‘Rohingya’, there are complexities and sensitivities attached with names.

The colonial period, in what was then called Burma (1824 to 1947), gave the many towns, ethnic groups and geographical features of the country two or more names – the original and the Anglicised or Indianised. If a list were to be made, it would run several pages long.

So less than a decade ago, a little surprisingly, the use of the old name for Rakhine State – ‘Arakan’ – returned. The main political party, ANP, changed its name from Rakhine to Arakan. Some people started referring to themselves as ‘Arakanese.’

So on this trip, I asked my kind host the reason behind this. His answer was simple: “throughout history this land had always been called Arakan. Even in Friar Sangermano’s historical account of his travels, it was the Kingdom of Arakan.”

Clearly, it is a collective pride in one’s history that prompted the change.

Here, identity comes in. It is being said that an Arakanese identity would have to include the Rohingya. ‘Rakhine’ means just one ethnicity, whereas ‘Arakanese’ is broader, with a longer lineage.

Echoes of the past

After a distressing but productive tour of three monastic camps or centres for Internally Displaced Persons (IDPs) in Sittwe, we took the same three-wheeler to drive 20 miles to Ponnagyun. Although the state capital, Sittwe is still a very small town. A stretch of land on the northern outskirts has been earmarked for urban expansion. There were buses at the highway terminal, but they were not running because of hostilities along the highways.

Further on, there was the old ‘cantonment’ with some support units of the Tatmadaw’s Western Command before it moved to Ann. The place must have been thousands of acres in its expanse. I am told that there once, there were Muslim villages and fields there, before the “clearance operations” following the first round of disturbances in 2012. It is disconcerting to see all traces of an entire community erased. I immediately recalled spotting the “relocation camps” in desolate locations along the coast as my flight flew into Sittwe the previous day.

The road passed a small hillock where there was a monastery and some houses. It had been the only high ground when the surrounding area had been tidal flats, and it had given the town its former name ‘Akyab’. We crossed the broad Kaladan river by the fairly recently-built Min Chaung Bridge, upon which tarmac was being added. On the other side, we could see red-roofed buildings, which are part of a Chinese soft-shelled crab farm.

Entering Ponnagyun township, we passed a village that used to be the headquarters of the Burma Communist Party (Arakan) (BCP) when it had been in rebellion against the central government. My host gave me a roundup of his family’s political history.

His parents are from different villages in the township, and his father had been pushed by his elders to run for Parliament in the general elections of the 1950s. His party – the Anti-Fascist People’s Freedom League (AFPFL) – was the ruling coalition at that time, and he had won. It so happened that an uncle was one of the leaders of the Arakan branch of the BCP. There had been shenanigans between the brothers divided by ideology. When the AFPFL split into two factions, his father joined the ‘Stable’ faction.

In those days, the politics of Arakan was seamlessly integrated with ‘Burman’ Burma. When the BCP went into rebellion in 1948, the Arakan communists followed suit. When the AFPFL had their falling-out in 1957, there had been a parallel schism in Arakan. This close, sibling-like relationship is now no more.

Decades of Burman-led one-party dictatorship deeply impacted both individuals and communities in Rakhine. When a semi-democratic system was fitfully revived in the 1988-2010 period, ethnic-based and identity politics firmly established itself. It is fair to say that the Centre paved the way to this, and it has become even more pronounced under the present National League for Democracy (NLD) government under the leadership of Daw Aung San Suu Kyi.

All photographs by the author.