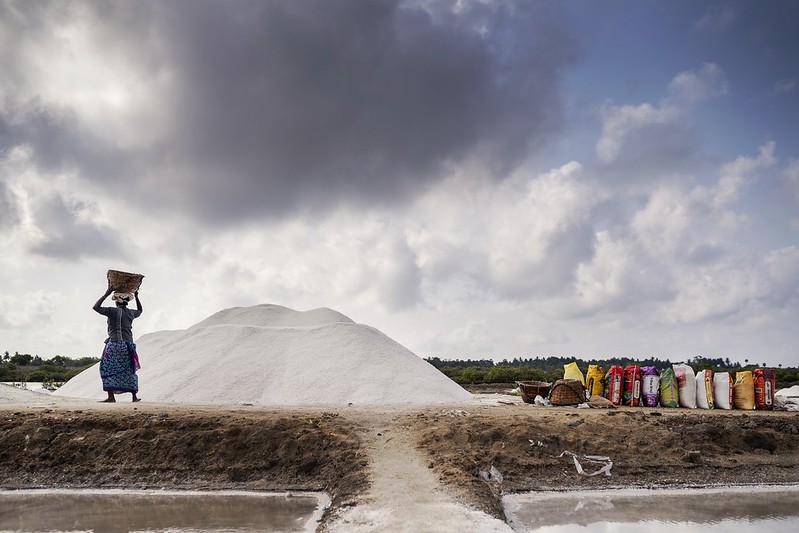 India’s Code on Wages, passed in both houses of the parliament summer of 2019, misses an opportunity to significantly cut informality in various instances.

Contract or casual workers are paid significantly lower than regular permanent workers. The apparent objective is to minimize cost of production as far as possible. An explicit provision, like equal wage for equal work, across the board would have rectified this labour market anomaly to a great extent.

Spirit of past laws

The draft rules for the Code are currently in the process of finalisation and the new law awaits its implementation date. Notably, the Code on Wages subsumes four legislations related to wages – Minimum Wages Act 1948, Payment of Wages Act 1936, Payment of Bonus Act 1965 and Equal Remuneration Act 1976. The basic characteristics of all the four existing legislations have been retained in the new Code.

The Equal Remuneration Act 1976 provides for the payment of equal remuneration to men and women workers and for the prevention of discrimination on the ground of sex in the matter of employment and for matters connected therewith or incidental thereto. The Code on Wages retains this basic objective of the 1976 Act in Section 3(1), which states:

“There shall be no discrimination in an establishment or any unit thereof among employees on the ground of gender in matters relating to wages by the same employer, in respect of the same work or work of a similar nature done by any employee.”

“No Employer shall make any discrimination on the ground of sex while recruiting any employee for the same work or work of similar nature and in the conditions of employment, except where the employment of women in such work is prohibited or restricted by or under any law for the time being in force.”

“Where there is any dispute as to whether a work is of same or similar nature for the purposes of section 3, the dispute shall be decided by such authority as may be notified by the appropriate Government.”

From the reading of Sections 3 and 4 of the Code, it is clear that the law carries forward the spirit of the Equal Remuneration Act 1976. Under these sections, similar wages for similar work is ensured across gender.

A similar explicit assurance that equal wages would be be paid for equal work, irrespective of status of employment, would have made a significant impact on the working of the Indian labour market. In that case, for similar kind of work, wages would be same for all kind of workers, be it regular, contractual or casual.

In that kind of scenario, there would be little incentive for employers to engage contract or casual workers in similar activities that are also undertaken by regular workers, since wages that need to be paid would be statutorily same. The basic reason behind engagement of contract or casual workers is that they are paid wages substantially lower than those paid to regular workers.

Also read ‘Why Is It Difficult to Implement Minimum Wages Act in India?‘

Saving costs on wages is the primary reason why employers are engage contract or casual workers. Overt use of such workers makes the labour market broadly informal.

In State of Punjab v. Jagjit Singh (2016), the Supreme Court held that the principle of “equal pay for equal work” is applicable to all temporarily engaged employees – such as daily-wage employees, ad-hoc appointees, employees appointed on casual basis, contractual employees and the likes – who are entitled to a minimum of the regular pay-scale on account of their performing the same duties as those by regular employees.

The Supreme Court further upheld that the principle of ‘equal pay for equal work’ has to be extended to those engaged in ad hoc or contractual work. According to this apex court verdict, denying the same amounts to ‘exploitative enslavement’, and is ‘oppressive, suppressive and coercive.’

After the Delhi high court’s instructions, the union government’s Department of Personnel and Training (DoPT), through its office memorandum sent in September 2019, had observed that if the nature of work entrusted to the casual workers and regular employees was the same, the casual workers might be paid at the rate of 1/30th of the pay at the minimum of the relevant pay scale, in addition to dearness allowance for work of 8 hours a day.

The DoPT gave further instructions that people employed on daily-rated casual basis should not be engaged for work of regular nature.

It would have been prudent to incorporate this principle of ‘equal pay for equal work’ within the design of Code on Wages. This could have saved a lot of anomalies that plague the Indian labour market regularly, since there would be lesser incentives to hire contract or casual labour.

The Indian labour market has witnessed steady informalisation over the years. There has been a systematic mystification of the employer-employee relation. The share of contract labour kept on increasing through the years.

The Code on Wages could have institutionalised the principle of ‘equal pay for equal wage’ by explicitly incorporating it its scheme of things, particularly because the Supreme Court had already endorsed the principle. The law incorporates the equal remuneration for equal work across gender, but the same was not done across all categories of workers.

The Indian government has missed a glaring opportunity to formalise the national labour market in the contemporary context.

Views expressed are that of the author’s and not necessarily of the organisation he belongs to or Eleventh Column.