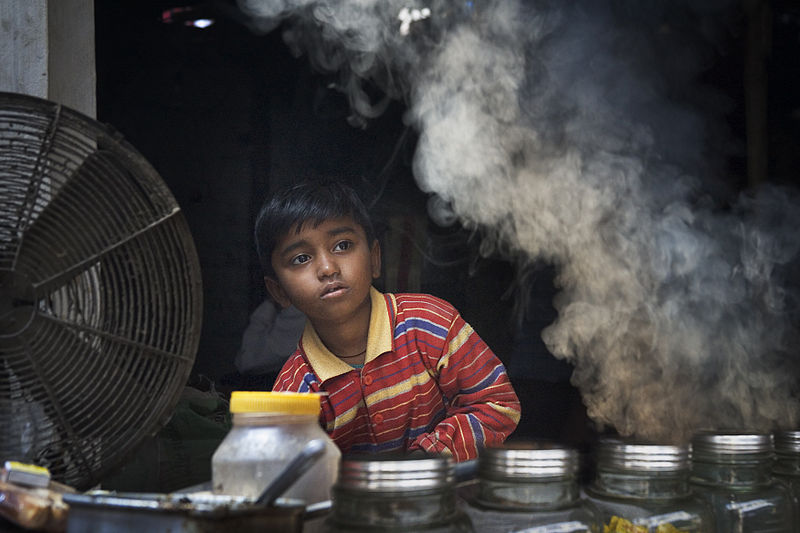 The ongoing COVID-19 has affected every section of the society in some manner or the other. It has had a pernicious impact on individuals and society alike.

Like any other public health emergency and disaster, the COVID-19 pandemic has had a disproportionately greater impact impact on children as compared to adults in India and elsewhere. It is all the more imperative during this pandemic to protect children from dangers such as labour exploitation and physical, verbal and sexual abuse, and to end their vulnerability to harmful situations.

Child protection is integrally linked to every other right of the child. The failure to ensure their right to protection would adversely affect all other rights of the child. It is essential to ponder over these for preparedness, informing policy, and evolving appropriate strategies and action towards protecting children and their rights.

Children are vulnerable to child labour. The children of migrant workers are the worst affected by the pandemic. According to the Global Estimates of Child Labour Report of the International Labour Organisation (ILO), a total of 152 million children including 64 million girls and 88 million boys are in child labour globally. The African, Asian and the Pacific regions together host nine out of every ten children in child labour.

Though India had reported a decline in child workers from 12.7 million to 10.1 million during Censuses 2001 and 2011, the pandemic has worsened the situation and might push children back to work.

The government of India has taken effective steps for ameliorating this problem, including the ratification of ILO Convention 138 (The Minimum age convention,1973) and Convention 182 (Worst forms of child labour,1999 ) on 13 June 2017. It has also created educational rehabilitation programmes, like Sarva Shikhsha Abhiyan (SSA), National Child Labour Project (NCLP) and others.

With the closure of schools and loss of livelihoods of parents, the COVID-19 crisis has brought about new challenges for children in India. The UNICEF and ILO Report on COVID 19, 2020 states that the last two decades had seen 94 million fewer children in child labour, but the pandemic may reverse the progress of the global target to end child labour.

With the loss of livelihoods of parents, children might be pushed to work and may drop out of school. With regard to the current status of education in the 5-14 age group, as reported by the Periodic Labour Force Survey 2017-18, it was revelaed that while boys did not attend school to supplement household income, girls could not attend as they had to do domestic chore.

This can be further aggravated by the pandemic due to poverty and lack of livelihood sources for migrant workers. Further, girl children are likely to be more vulnerable as the unpaid care work burden increases due to closure of schools during the lockdown. It is observed that 55.5% girls in the age group 5-17, including the adolescent age, get engaged in household chores for at least one hour per week globally.

Girls are also at high risk of commercial sexual exploitation as they have to support their families during the livelihood crisis caused by the pandemic. In addition, children of migrant workers also suffer from psycho-social distress when they are treated as carriers of the virus during the entire reverse migration process from cities to villages.

The fear created due to quarantine measures, isolation and lack of awareness on the disease further added to their agonies, affecting their psychological well-being.

The experience gained from previous epidemics, like Ebola and HIV/AIDS, shows that children were at risk during the crisis, with increasing cases of child labour, sexual violence, increased domestic work for girl children, and economic deprivation. This demanded the urgent need for targeted policy interventions to ensure child protection, health care and responses to deal with the psycho-social impact of pandemics on children.

A rapid review conducted by the UNICEF Innocenti Office on COVID-19 and issues of child protection based on data from previous pandemics and epidemics revealed that it is important to respond to children in vulnerable circumstances, respond to stigmatisation and discrimination through information and communication campaigns, investments in social protection, better access to health and ensuring continuing access to education, particularly for girls during the crisis.

India has all along followed a proactive policy in addressing the problem of child labour and has always stood for constitutional, statutory and developmental measures that are required to eliminate child labour.

The recognition of the vulnerable position of children and their right to protection by the Constitution of India is evident from the fact that it has relevant provisions enshrined in Articles 14, 15, 16, 17, 21, 23 and 24, reiterating the commitment to the protection, safety, security and well-being of its citizens, including children.

Also read ‘As Teaching Moves Online, Gender and Class Divides Flare Up Like Never Before’

Following the doctrine of protective discrimination, Article 15(3) of the Constitution of India makes it possible for the state to create special provisions for protecting the interests of women and children. The Constitutional guarantees are reflected in the policies, plans, laws and schemes on child labour.

As per Article 24 of the Constitution, no child below the age of 14 years is to be employed in any factory, mine or any hazardous employment. Further, Article 39 requires the State to direct its policy towards ensuring that the tender age of children is not abused and that they are not forced by economic necessity to enter avocations unsuited to their age or strength.

With the insertion of Article 21A, the State has been entrusted with the task of providing free and compulsory education to all the children in the age group of 6-14 years. The Child and Adolescent Labour (Prohibition and Regulation) Act, 1986 prohibits the engagement of Children in all occupations and prohibits the engagement of Adolescents in hazardous occupations and processes and the matters connected therewith or incidental thereto.

The National Policy for Children 1974 provides a framework for policy and planning for children. A National Policy on Child Labour was formulated in 1987, which sets out objectives and priorities to eradicate child labour and protect all children from exploitation. The Supreme Court has also issued a number of directions to the Central and state governments to eliminate child labour.

Despite several proactive legislations, policies and judicial pronouncements, the problem of child labour persists as a challenge to the country. The magnitude and incidences may increase due to COVID-19 pandemic unless careful analysis is carried out in order to attain in-depth understanding of the gaps in the system.

Immediate action and increased cooperation among different social partners and stakeholders is required to ensure protection for the most vulnerable children on priority. Severe exacerbation of the impact of poverty, deprivation and hunger, coupled with non-accessibility to education, may force children from the marginalised, impoverished, indigenous, socially excluded, disadvantaged and discriminated population groups to join the labour force.

Ensuring education for all children in the schoolgoing age and educational rehabilitation of child labour becomes more and more obvious in this crisis situation.

The National Child Labour Project in several states have undertaken welfare in collaboration with public health, district education departments and NGOs. The State taking a flexible approach with regard to all child protection programmes and projects currently under implementation would go a long way in addressing the problem of child labour and related issues.

Changes in the components and types of activities in such projects should be allowed to respond to the current pandemic along with budget allocations and relocation of budgets. It is essential to carry out timely disbursement of social benefits and release of grants and financial support to rehabilitation schemes. This would enable those who are involved in such schemes to carry out effective educational rehabilitation of child labour and economic rehabilitation of families vulnerable to child labour.

These efforts need to be formalised and strengthened through interventions of the government. Further, good practices from states need to be shared. Their role can be further streamlined to provide psychosocial support with adequate community intervention strategies for dealing with the psychological distress which children face due to the pandemic.

Views expressed are the authors’ own and not necessarily that of the organisations they belong to.

Dr. Ellina Samantroy is a Fellow at the V. V. Giri National Labour Institute, Noida. She has a PhD in Sociology from Jawaharlal Nehru University, New Delhi, and works extensively in the field of gender and labour issues, international labour standards and child labour. She can be contacted at ellinasamantroy@gmail.com.

Dr Helen R Sekar a Senior Fellow (Faculty) at the V. V. Giri National Labour Institute, Noida, and Coordinator at the National Resource Centre on Child Labour (NRCCL). She is also editor of the newsletter Child Hope. She can be contacted at helensekar@gmail.com.