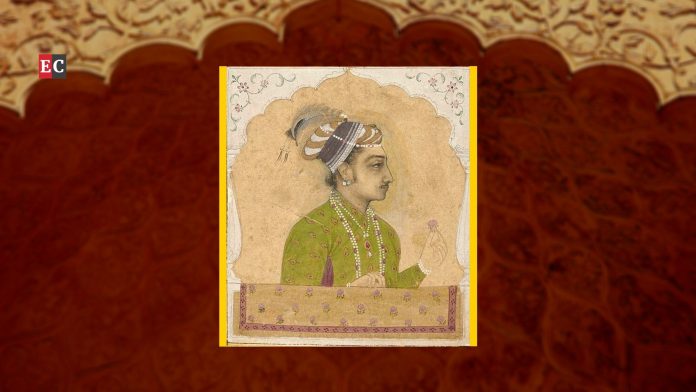 Dara Shukoh, along with Akbar, remains among the two well-loved personalities of Mughal India. In the case of Dara, he finds appeal even among Hindu nationalists. As the figure of Dara is inscribed with modern labels of liberal and secular, the nuances and complexities in the personality of Shah Jahan’s eldest son remain hidden.

The newest biography of the Mughal-era personality by Supriya Gandhi, The Emperor Who Never Was: Dara Shukoh in Mughal India (Belknap Press, Harvard University Press), is an excellent attempt at uncovering these hidden aspects of the life of Dara Shukoh while placing him in the context of seventeenth century Mughal India.

The book begins from the reign of Jahangir, Dara Shukoh’s grandfather and also the time when the princes Khurram (later Shah Jahan), Parvez and Shahryr began competing for the Mughal throne. The focus on the princely struggle (1622-1628), which also encompasses the early childhood years of Dara as he travelled along with his parents Khurram and Arjumand Bano (later Mumtaz Mahal), brings to light a salient feature of Mughal politics – wars of succession and competition among brothers.

Given the absence of primogeniture in Timurid tradition, all sons of the reigning emperor had equal right to the throne and the winner from these princely struggles ascended the throne while being forced to kill his other siblings due to political expediency.

Because the surviving contenders to the throne might emerge as potential threats to the new emperor’s reign, fratricide was not an aberration in Mughal politics. The author attempts to show Dara Shukoh’s execution by Aurangzeb in the context of Mughal princely wars of succession. For the new emperor Aurangzeb Alamgir (World Seizer), Dara was a looming threat to his reign who, as per Mughal realpolitik, was too dangerous to be left alive.

Even before the princely competition between Dara, Shuja, Aurangzeb and Murad Baksh, Shah Jahan had succeeded Jahangir at the cost of the lives of his brothers Parvez, Shahryr and the blind Khusrau. Even his nephews, Dawar Baksh and Garshasp who, as per the Iranian poet Qudsi, were ‘finger-nails and toe-nails’ had to be pared out.

A major reason behind the popularity of Dara Shukoh even in the 21st century is the latter’s interest and respect for Hindu faith and tradition, which was reflected in his works such as the Majma-ul bahrain (Meeting Place of the Two Seas – the two seas being popularly interpreted as Islam and Hinduism) and the Sirr-i-Akbar (The Greatest Secret), the Persian translation of the Upanishads, which was one of the earliest means for European Orientalists like Nathaniel Brassy Halhed and Abraham Anquetil-Duperron to get a firsthand knowledge of Indic wisdom.

However, Gandhi highlights the complexities behind the works as well as the scholarly and spiritual pursuits of the Mughal prince. Contrary to the popular belief that Dara Shukoh intended to convert to Hinduism or accepted it in an ‘un-adultered’ form, both the Majma-ul bahrain and the Sirr-i-Akbar portray an attempt by the prince to grasp Vedic and Upanishad concepts within the framework of Islam.

This is seen in the terms used for concepts such as the holy syllable ‘Om’, which is translated as Allah. The Hindu Trinity of Brahma, Vishnu and Shiva is seen as similar to the archangels Jibril, Mikail and Israfil, respectively. The devas are translated to firishtas (angels) or muwakkal (spiritual guardian) − the equation of devas to angels was done to reconcile Hindu polytheism with the Islamic monotheistic belief in one Supreme God.

Dara was not alone in such endeavours of reconciling Indic beliefs within an Islamic framework and in the book, we come across the Sufi scholar Abd-ur Rahman Chisti, who in 1631-32 was calling the Sage Vasishta or Basisht as the ‘Prophet of jinns’ while dating the birth of Adam at the end of dwapar yug and the migration of Prophet Muhammad to Mecca in the kal yug.

In addition, Gandhi also gives us an idea of the period where such cross-cultural exchanges and interactions between Islamic and Indic ideas were widespread. This happened, for instance, in the case of Banwalidas, the Hindu secretary of Dara Shukoh who was also a disciple of the Sufi Mulla Shah and translated the Sanskrit play Prabodhachandrodaya into the Persian Gulzar-i hal (Rose Garden of Ecstatic Taste), or the Bijapur ruler Ibrahim Adil Shah II who had commissioned the Kitab-i Nauras (Book of Nine Essences), a collection of songs based on the various ragas and the beginning couplet of Kitab praising the goddess Saraswati.

Further, Gandhi also tries to question the popular notion of Dara Shukoh being a mystic scholar and intellectual who stayed away from the politics of the Mughal court. Like the Mughal emperors since the time of Akbar who considered themselves masters of both the ‘temporal and spiritual world’, the spiritual pursuits of Dara Shukoh can also be seen as part of attempts at building his image as the heir apparent.

This can be gleaned from Dara’s accounts of his initial meeting with the Sufi teacher Miyan Mir in the Sakinat-ul-Auliya (The Tranquility of the Saints) whereby on one occasion, Miyan Mir had rebuked Shah Jahan for his indulgence in materialism while praising Dara Shukoh as his own ‘soul and eyesight.’

This anecdote, one among similar ones penned by Dara, is an attempt to establish the prince’s spiritual heritage, which surpassed even that of his father Shah Jahan as it was Dara and not his father who was chosen by Miyan Mir to be his disciple. The political self-image building of Dara Shukoh also comes to the fore in the form of a dream seen by the prince where the Hindu deity Ram and Sage Vasishta were initiating Dara as one among them − an event which is said to have led the prince to commission the Persian translation of the Yogavasishtha (the dialogue between Ram and Sage Vasistha) into the Jog Basisht.

Both the dream and the translation of the text are attempts at conflating Dara Shukoh with Ram – a royal princes who pursued spirituality while at the same time performing his royal duties. In fact, it was not nothing new for Mughal emperors to compare themselves with Ram. Akbar was an avatar of Ram for Rajput clans who accepted Mughal suzerainty and also made matrimonial alliances with the Padshah.

Besides, the account of Dara’s participation in the Mughal expedition to Qandahar (1652-54) dispels the notion of the prince as a mere scholar with no military experience. Although Dara failed to capture the city, the prince was not a stranger to the battlefield.

The beauty of the book lies in the fact that despite being a biography of Dara Shukoh, Gandhi does not make the prince the sole focus and instead also offers an account of the time and the larger social, political and cultural factors of 17th century India, which shaped Mughal politics and the lives of Dara and his brothers. Such focus was required to also bring to light the complex political competition that takes place in the final chapter between Dara Shukoh and his brother (and perceived arch-nemesis) Aurangzeb.

Also read ‘Chhatrapati Shivaji Maharaj, a Ruler for the Masses‘

Besides Dara, the book also focuses on the simultaneous events that shaped the life of Aurangzeb and even devotes a few paragraphs to the other brothers, Shuja and Murad. Like Dara, both Shuja and Murad patronised poets and scholars in their courts and also fostered links with Sufi saints like Sayyid Nimatullah and Jafar Shah, respectively.

Regarding the account of events leading to the Battle of Samugarh (1658) and the eventual death of Dara Shukoh, Gandhi consults diverse sources such as the works of Mir Muhammad Masum and Aqil Khan Razi, the retainers of Shuja and Aurangzeb, respectively, as well as European sources such as the French traveller Francois Bernier and the Italian adventurer Manucci who is said to have fought from Dara’s side in Samugarh.

The focus on such diverse narratives is to bring out the complexity of the story of the war of succession whereby the motives attributed to Aurangzeb and the reasons behind Dara Shukoh’s execution was dependent on the perspective of the authors and chroniclers, and the intended audience, whether the Mughal court or Christian readers of seventeenth century Europe.

Finally, the book does a wonderful job of separating the elements within the personality of Dara Shukoh, winnowing the man from the myth. For those looking out for a Mughal-style war novel, the book might not live up to satisfaction.

But for readers fascinated by the mysterious and ‘mythical’ Mughal prince, Gandhi’s work is a must read.

is pursuing a Masters in Politics and International Relations from the Central University of Gujarat, India.