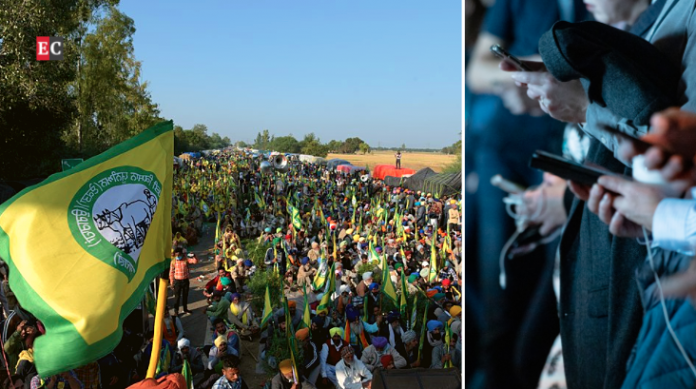 There is nothing that scared me more during my college days than studying economics or mathematics. So, when asked, I tell people that I studied at the Delhi School of Economics, but have to quickly add a rejoinder that I studied sociology.

Sociology strictly lies in the domain of humanities. Economics, it is argued, is the only stream of humanities that may qualify as a science. That argument has been taken so seriously that many don’t see economics as having anything to do with ‘softer’ concerns, such as access to food, human rights, dignity of life and the likes. Economics deals with ‘harder’ and ‘grander’ causes, such as GDP, efficiency, productivity, resource utilisation, and growth potential.

Human is no longer a domain that economics concerns itself with. How widespread this understanding has become is being shown during the ongoing farmers’ protests in India.

While WhatsApp is traditionally blamed for spreading rabid and false views, I have seen professional networks, such as LinkedIn, brimming with sweeping and misleading statements, in the likes of “farmers are freeloaders”, “subsidy guzzlers” and “remnants of an inefficient system that quickly needs to be made more accountable.”

According to this view, farmers are beneficiaries of wrongful public expenditure and state benefits. They are a pampered lot out to protest their candies being snatched away. Farmers need to work hard like the rest of us do, they need to make better use of resources, they need to stop ruining the environment. And finally, if farming is not profitable, why don’t they get out?

The LinkedIn economists thundered on about low yields in India, high percentage of population still involved in the sector and what not. Multiple, perfectly normal people, reasoned that they don’t buy from farmers anyway, that we need supermarkets, not them.

Why can’t India just import and shoot these anti-nationals?

Yes, that was a comment I actually came across on a social platform.

I won’t go into the facts or logic of those arguments. Much more qualified people have written tons of factual, well-argued pieces on the new farm laws. What I want to point out here is the absurdity of the argument that anything that is welfare is inherently bad economics.

While the flawed logic is on full display in the context of farmers, it is not a new thinking. The same has been argued against mid-day meals, the public distribution system, free bus travel for women and healthcare for the poor.

Such thoughts might have been rampant in the populace. But what is scary is that they have entered government corridors too.

As per the latest National Family Health Survey (NFHS) data, children born between 2014-2019 are more malnourished than those belonging to the previous generation. In 2019, more than 8 lakh children under five died in India. The only country that did worse was Nigeria.

India’s stock of foodgrains is at a historic high. Food Corporation of India (FCI) godowns are overflowing with more than 100 million MTs of grains. But also, at a historic high is hunger. In 2020, India ranked 94 among 107 countries on the Global Hunger Index. Malnourishment and death due to hunger are daily realities of “new, muscular India.”

Expenditure on women, be it health, transport or nutrition, every progress is met with stiff resistance. The recent Delhi government’s announcement of free bus travel for women was met with similar arguments that farmers are being dished today.

Those filled with hate for farmers are probably unaware of much higher subsidies that farmers in developed nations receive. They probably don’t know that ‘middleman’ is a service and employment, or that farmer suicides in India were so high that the government had to stop publishing the data.

We can throw all the numbers and data at them. But I am not sure a belief system that keeps the granaries full but stomachs empty, one that won’t give malnourished children an egg because of religion, will be affected by facts and numbers.

If the LinkedIn economists argued against welfare economics, I would have understood, because welfare economics, despite the disbelievers, still has its feet in reality. The mobs that think anything which looks like empathetic expenditure is wasteful can’t be argued with.

Because empathy is human and they have long dissociated economics from anything human.

works in the agritech domain. He has a keen interest in food, fiction and politics. He blogs at The Young Bigmouth and tweets at @dyoungbigmouth.