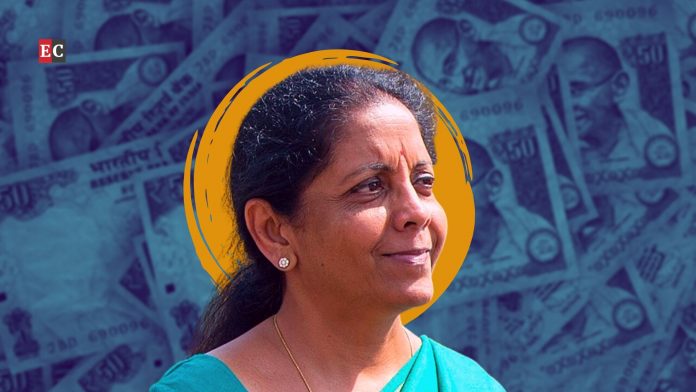 Budgets are political visions with economic planning based on resource allocation and revenue generation to resolve crises, fulfill the needs and desires of citizens, and shape a path towards future prosperity of society.

The current Indian finance minister, Nirmala Sitharaman’s 2021 budget speech, delivered on 1 February, and documents stored in a tablet made by a South Korean company and backed up in a tablet made by a Taiwanese company does not develop digital infrastructure. Only greater investments in health and education can shape both agrarian, industrial and digital revolution.

The abysmal social spendings stipulated in this year’s budget makes it one of the weakest in independent India. It shows lack of priorities and commitment for the people and their everyday needs. The government shows no commitment to invest in the people of India.

In short, the Narendra Modi-led government has failed the people of India yet again. The 2021-22 Budget is a document of apathy.

It lacks missions and visions to move India and Indians in the path of economic growth and human development. It fails to ensure health, education, employment and other essential welfare services to the people of India. The half-hearted documentation of data, time gaps, fictional accounts with dubious presentation makes it more of a propaganda document than a serious and trustworthy economic exercise to revive India’s growth story.

In spite of all limitations, the Budget 2021 shows its unflinching commitment to neoliberal economic policy prescriptions shaped by corporates and meant for the crony capitalist classes in India and abroad. The budget also shows the hollowness of so-called ‘economic nationalism’ of the Bharatiya Janata Party (BJP) and its ideological mothership, Rashtriya Swayamsevak Sangh (RSS).

The idea of deception is written within ideological narratives and political strategies of Hindutva quackery. There is neither anything bold nor any cure in it. The budget is Hindutva’s guide to economic recovery wherein corporates profit and the masses endure misery.

This budget is another shock therapy to Indian economy and society and would only deepen the ongoing economic crisis further. There is no plan to fight poverty and unemployment. It truly upholds PM Modi’s idea of ‘minimum government for people and maximum support for capitalists.’ He returns the favour to his corporate friends who support him with election expenses through electoral bonds.

It is essentially a corporate budget devoid of democratic accountability to the electorates. Like quacks, people still believe in Hindutva quackery and their aggressive propaganda of division.

The budget will neither inspire demand nor fuel production and distribution. It will intensify crises of availability and accessibility of essential goods and services. It will further marginalise people and ensure the deepening of poverty, food insecurity, unemployment, illiteracy, ill-health and economic crisis.

These conditions of crises are essential requirements for the sustainability of the Hindutva narrative. A combination of crisis trap created by conditions of poverty, ignorance and illiteracy produces Hindutva quackery in Indian politics, culture and society.

The RSS-trained Hindutva hacks hide their deceptive practices and ignorance by shouting aggressively about their power and skills in crowded streets, marketplaces and in remote villages. They use every opportunity to promote themselves as only the alternatives.

The quacks hypnotise their victims by sugar-coated propaganda skills sustained by organisational networks and fear-mongering propaganda. The RSS and BJP follow dictums of mass delusion in letter and spirit. The corporate mass media is their biggest asset in concealing the arrogance and ignorance of Hindutva.

Indians are seeking relief from their immediate pain and sufferings. But Hindutva does not want people to recover from this ordeal. The path of peace, prosperity, good health, education, scientific ethos, social harmony, secured employment and conscious citizens are perennial threats to the very existence of Hindutva in India.

Therefore, Hindutva quacks shaped and led by the RSS and BJP are using every opportunity to hinder the path of economic growth and social development in India. The indefinite conditions of crises are a perfect condition for them to control, manipulate and dominate India and Indians for a long time.

History has been witness to the limited life span of all quacks. Quackery always bites the dustbin of history. It ends as soon as mass consciousness spreads. And mass consciousness and mass struggle against Hindutva is the only hope for peace and progress in India.

The future of Hindutva quackery will be no different in India. This budget shows that the Modi government is ignorant about basics of Indian economy, democratic politics and inclusive culture.