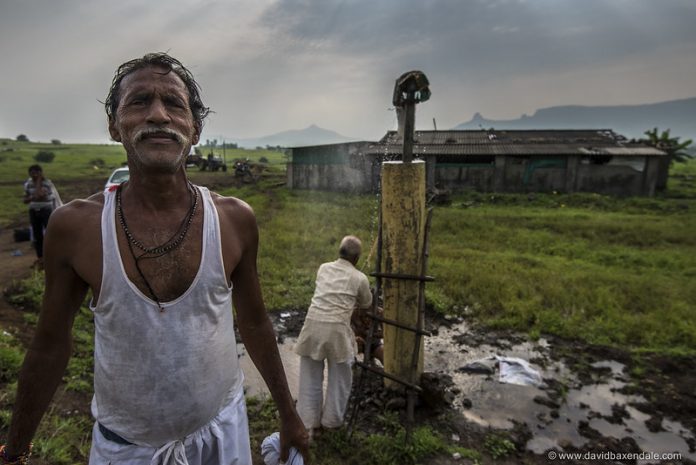 The cases of anxiety and depression are highest among the farmers who have agricultural loans more than Rs 25,000, according to the study published by the International Institute of Population Science. In the international context, the mental health issues of farmers and agricultural workers are a growing concern. A study by the Farm Safety Foundation says that “84% of farmers under the age of 40 believe that mental health is the biggest danger facing the industry, up from 81% in 2018.” Financial uncertainty and poor working conditions along with others are being cited as the issues that lead to mental health issues.

Recently a farmer’s daughter, Navreet Kaur, spoke on ‘Your Story Is Important’ – a mental health initiative on the plight of farmers. According to Kaur, a dialogue must be conducted with farmers with regard to changes in the laws and an amicable decision must be taken with due consultation by farmers that provides relief to farmers and removes their stress for the current laws. “Farmers are important and we must be compassionate towards their needs and not project atrocities on them,” added Kaur.

Who is responsible for these numbers?

The suicide rate in the deeply stressed farming sector accounted for 7.4 per cent of the total suicides in the country, resulting in deaths of 5,957 farmers and 4,324 agricultural labourers, the NCRB said in a report containing the latest data.

A National Suicide Prevention Plan is currently under discussion with the Union Ministry of Health and Family Welfare.

Currently, all across India farmers are displaying their anger by protesting against the laws formulated by the government. Farmers do not accept the three new legislations — The Farmers’ Produce Trade and Commerce (Promotion and Facilitation); The Farmers (Empowerment and Protection) Agreement of Price Assurance; and Farm Services and The Essential Commodities (Amendment).

As per the farmers, the laws will open agricultural sale and marketing outside the notified Agricultural Produce Market Committee (APMC) mandis for farmers, remove the barriers to inter-state trade, and provide a framework for electronic trading of agricultural produce. Since the state governments will not be able to collect market fee, cess or levy for trade outside the APMC markets, farmers believe the laws will gradually end the mandi system and leave farmers at the mercy of corporates. This has resulted in severe anxiety and stress.

Farmers believe that dismantling the mandi system will bring an end to the assured procurement of their crops at MSP. Similarly, farmers believe the price assurance legislation may offer protection to farmers against price exploitation, but will not prescribe the mechanism for price fixation.

Therefore,farmers are demanding the government guarantee MSP in writing, or else the free hand given to private corporate houses will lead to their exploitation.

The right to mental health care in the new Mental Healthcare Act, the vision in the National Mental Health Policy, and the inclusion of mental health services in the guidelines of the Health and Wellness Centers (part of the Ayushman Bharat Yojana or the National Health Protection Scheme) provide legal and operational foundations for the scaling-up of evidence-based services for mental disorders to improve the health of people living with these conditions.

The state-level estimates of the mental disorder burden by the India State-Level Disease Burden Initiative Mental Disorders Collaborators provide a strong impetus for each of the states to increase budgetary allocations for mental health programmes, build the necessary human resource capacity, strengthen information systems, and streamline supply of essential psychotropics to integrate mental health services in their respective public health systems. The time has come to translate vision into practice and transform mental health-care services.

Listen to our podcast ‘What Is India’s Farmer Agitation Really About?‘

The Mental Health Care Act, 2017 has defined mental illnesses as a substantial disorder of thinking, mood, perception, orientation or memory that grossly impairs judgment, behaviour, capacity to recognise reality or ability to meet the ordinary demands of life.

A study conducted by a charity by the name ‘Live Love Laugh Foundation’ at the beginning of 2018 concluded that 87% of the respondents showed awareness, out of which 71% of them used the word ‘stigma’ or associated terms with mental illnesses.

If each one of us, takes the initiative to initiate a dialogue around emotions and mental well being, a huge difference can be created in the society.

This article was originally published by Meghalaya Times with the title ‘Mental Heath of Farmers’ and has been republished with permission. The headline has been slightly expanded for specificity.

is a mental health advocate, freelance journalist and education analyst. She runs ‘Your Story Is Important’, an online platform on mental health.