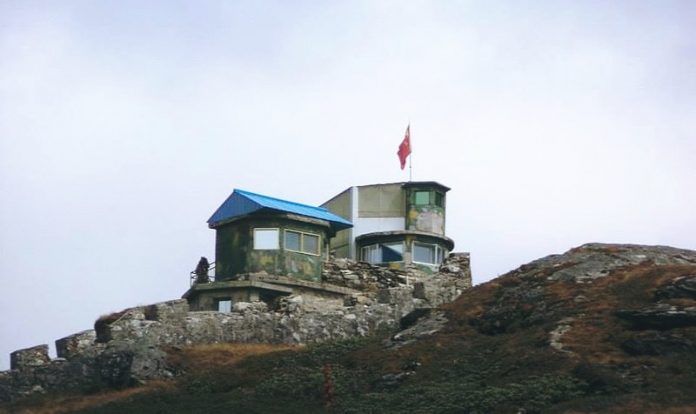 Recently, NDTV reported that China had built a village in Indian territory, on the banks of River Tsari Chu in Arunachal Pradesh’s Upper Subansiri district. The report, which is based on latest satellite imager, is a matter of great concern. But, the Indian government has assured that there is nothing to worry about, as China had built such structures close to the disputed border even in the past.

The images published in the report came from Planet Lab, an American company based in San Francisco, which used an earth imaging satellite. It was found that an area beside the river was inhabited between August 2019 and August 2020. China had astonishingly constructed more than 100 houses in a matter of few months.

The area in which the new settlement came up has been long disputed and has been marked by armed conflict between India and China. Although this area is Indian territory, it has been ineffective Chinese control since 1959 according to official Indian government maps. However, so far, only a Chinese military post existed there. But this time, a full-fledged village that can house thousands has been built.

For New Delhi, this is undoubtedly an alarming sign. It is clear that the following last year’s terse escalation in Eastern Ladakh’s Galwan Valley, the top command in the People’s Liberation Army (PLA) had decided to construct villages, buildings, and settlements around the border area so they can encroach more area of India.

The development has, in a typical fashion, sparked off a political row in India. Leader of the Indian National Congress, Rahul Gandhi, in a tweet, recalled a statement made earlier by Prime Minister Narendra Modi, “I won’t let the nation bow.”

Surprisingly, even the Ministry of External Affairs (MEA) did not call out the encroachment by the Chinese, downplaying it by saying:

“China has undertaken such infrastructure construction activity in the past several years. In response, our government too stepped up border infrastructure including the construction of roads, bridges, etc, which has provided much-needed connectivity to the local population along the border.”

Though the statement is correct, could have clearly condemned Beijing’s transgressions. The Indian government should not forget that it faces severe criticism from China whenever it tries to build even a simple road close to the borders. What the Chinese are doing is critical for for national security, and New Delhi needs to do the same.

Also read ‘Three Years Into Doklam, India and China are Back to Border Standoffs‘

In 2017, China initiated a programme called the ‘Plan for the Construction of Well-off Villages in the Border Areas of the Tibet Autonomous Region (2017-2020)’ with a budget of 5-6 billion USD. Beijing had said that the idea is to make well-planned villages with top-notch facilities and high-quality roads on their borders. It also promised that the houses will be cheaply available for retired soldiers and locals, allowing them to settle a large population in the frontiers at a rapid pace.

Why would China do this? Why settle villages at borders?

Doing so is a time-tested and effective defensive strategy. Both India and China have large armies and border patrolling forces to guard the border. But the Line of Actual Control (LAC) is very long, and one cannot deploy soldiers at every point and at every time. So, by building villages along it, China effectively creates a new monitoring front.

Whenever there is a movement from the Indian side, immediately, the people of that village are supposed to inform the PLA. In other words, the villagers become the army’s eyes. Hence, China has invested much into this project. These villages had earlier cropped up along the China-Nepal and China-Bhutan borders. Now, we are seeing them closer to the China-India border.

Currently, one could argue that India is at a disadvantage as it is doing just the opposite. While China builds more and more villages close to the border, Indian infrastructure on its side remains poor, with no proper connectivity, employment, or tourism. Hence, locals are abandoning villages instead of inhabiting them. In the future, if China captures a small area, builds camps or construct villages, then Galwan and Doklam-like standoffs could recur, followed by long-winded negotiations.

China, clearly, has a concrete plan. India needs one too. New Delhi must initiate a proper programme to settle people along the border areas and direct sufficient investments towards the same.

The good thing is that individual states are doing their bit. Uttarakhand is planning to ramp up border tourism to populate abandoned villages, so that people can go to the border areas, visit local villages, and contribute to the local economy. But this is a long-term plan and nothing concrete has happened on the ground so far.

China, on the other hand, is nearly subsidising village construction. In this case, India needs to emulate the Chinese strategy if it wishes to achieve some degree of symmetry at the border. It is high time New Delhi starts constructing high-grade villages in the border states of Uttarakhand, Himachal Pradesh, Sikkim, and Arunachal Pradesh. This will give the Indian patrolling and defence forces another set of eyes, thus ensuring better border security and preparedness.

India should not forget that it was a village shepherd, after all, who first noticed and informed Indian troops of Pakistani infiltration at Kargil in 1999.

is currently reading Law at the School of Law in Narsee Monjee Institute of Managment Studies (NMIMS ), Mumbai. He writes on international law, international relations and foreign policy.