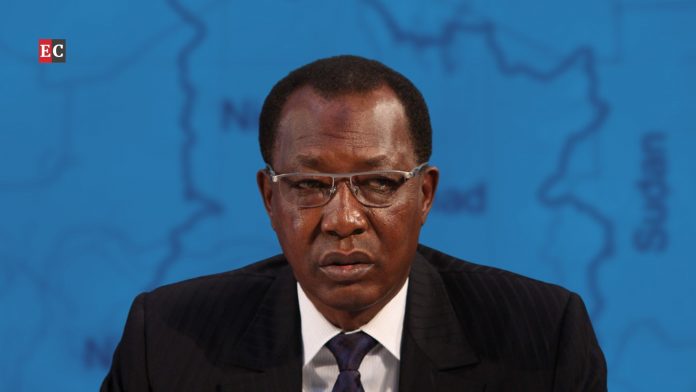 On 20 April, the Chadian army announced that the country’s long-time President, Idriss Déby, had died due to wounds he sustained at the frontline battling rebels in the Central African country’s north.

The announcement by the army, which came just a day after provisional election results projected Déby coming back to power for the sixth time, sent a tremor not only in Chad, but throughout Africa and its international partners. Déby, after all, was a key ally of the West in its fight against jihadist groups in the region. Thousands, including French President Emmanuel Macron, attended his funeral on 23 April.

Could the death of Déby bring instability in Chad and the region? That is what it seems like at the moment.

The military’s announcement also named one of his sons, Mahamat Idriss Déby, a four-star General, as his successor as the leader of the military council – not surprising to many who are familiar with the internal politics of Africa. Succession from fathers to sons characterises the politics of Africa. Other examples include Gabon (Omar Bongo to his son, Ali Bongo Ondimba) and the Democratic of Congo (Laurent-Desire Kabila to Joseph Kabila).

It looks like Chad is heading the same way. However, can Déby’s son command the same assertive control over the military as his father and take a hardline stance on the jihadist groups in the region? Much will be revealed during the 18-month transition period put in place by the military council.

For long, Chad has been an invaluable ally to both the region and the West, especially France, in the fight against several rebels and Islamist groups in the Sahel and the Lake Chad Basin. And the Chadian military has been instrumental in fighting insurgencies, not only within the borders of the country, but also outside.

In Nigeria, Chadian military crossed the border to Nigeria to battle the Boko Haram insurgency that has threatened the peace, security and economic interests of Chad. It has intervened in Mali alongside the French to stem Islamist insurgents. It has also intervened in the Central African Republic in what the late president described as to stabilise the regime in Bangui. However, these regional interventions by Chad have been contingent on the internal situation of the country.

The rebel group, the Front for Change and Concord in Chad (FACT), against which Déby is reported to have died fighting, has vowed to march on the Chadian capital of N’Djamena and reject a military council led by Déby’s son. If this happens, it would result in more attacks and clashes between the Chadian army and FACT.

However, much will depend on the loyalty of the army to Déby’s son. If the military council and the wider army remain loyal to him, much will not change in the battle against the rebels and the insurgency groups. However, if Chad is distracted internally and defections happen, this could mean a protracted power struggle between the army and the rebels that could lead to a politico-security deteriorating situation.

One outcome of this could be the withdrawal of Chadian forces battling insurgencies outside its borders to defend Mahamat Idriss Déby. This could then empower Islamist groups that Chad had been battling to take advantage of the power vacuum and instability in Chad to destabilise the whole region.

The death of Déby could harden the rebels and Islamic insurgents in the region. This is because of the deceased leader had successfully maintained a hardline stance on the rebels and insurgents, sending troops to Nigeria, Darfur, Libya, Mali, and Central African Republic.

It could take a while before his son asserts full control over the military. However, much depends on the loyalty of the army, as mentioned previously. If the internal security of the country worsens, Chad could withdraw its forces fighting Islamic insurgents in the Sahel and the Lake Chad Basin to fight the rebels in the country. This move could ensure greater volatility in the region, most especially in the Lake Chad Basin where Chadian forces are actively fighting the Boko Haram.

This could, in turn, mean more incursions by Boko Haram into the territory of Chad to advance its aspiration of establishing a West African “Caliphate,” and use it as a theatre of operations against the neighboring countries of Cameroon, Niger, and Nigeria.

More importantly, Chad’s economic and commercial interest could be threatened by the growing instability. This is because Chad heavily depends on supplies from outside its borders for a source of living for its citizens.

As Norbert Cyffer, professor emeritus of African studies told DW in a 2015 interview, “Supply routes run through Maiduguri in the northeast – the center of Borno State – and then to the west to the Nigerian border, to Gambaru and then to Fotokol on the Cameroonian side.”

In all, Déby’s sudden death could quickly become an ominous foreshadowing of escalating social, political and economic instability in the already-volatile Central African and the surrounding regions.

is a Gambian diplomat currently posted in Washington DC.