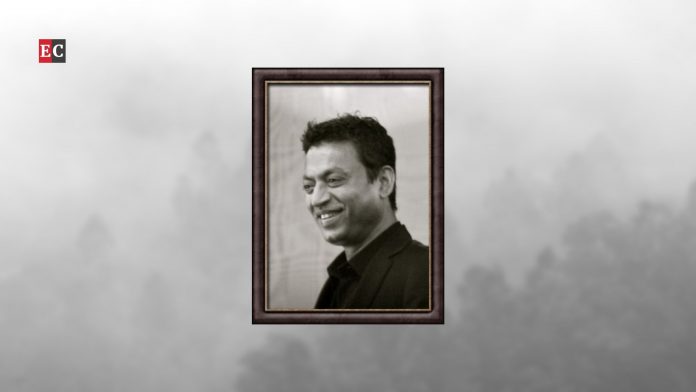 I find philosophers at fault when they make a sweeping assumption that time heals every wound. This generalisation plainly ignores the intensity of grief. Time does try, but some wounds are magically etched engravings in the heart; we happen to accidentally touch the valves and the thin membrane over them wear away in a jiffy and the wound turns green again. The news of your demise on this day last year did rent one such big injury on me.

I oblige myself with willing suspension of disbelief that dead people do turn into stars. Anything that advocates for your existence in any form wins my heed. In your case, once a star, always a star. The sky is resourceful enough to have you and this land is remorseful enough to have lost you.

I sometimes pity myself, recalling the horrendous trauma I had to undergo this day, last year. I remained numb for hours, repenting over why I did not write to you while you were in physically available read things. I desperately want to believe that you will read this some day.

Seeing life gliding away from an actor who put life in every single character he played was and still is too ineffable a sorrow to take for me. I didn’t just like you on the screen, but also behind it, for you seemed as much organic in real as in reel life. The scene of your death in The Namesake sends chills down my spine and I start breathing hard.

Most truths are bitter while few being savage biters. Death of beloved ones falls under the latter. The act of the angels snatching you away from us at an early age has always made me doubt their intentions.

I do not claim to be your biggest fan because loving you only has made me realise that love for someone can be unidirectionally infinite and they say that few infinities are bigger than others. Let me tell you something. When you left us, I, like million others, put your photo as my Whatsapp profile picture as a tribute for you and the legacy you had left behind.

Later, it turned out to be an emotional encounter I never had. Whenever I felt like changing the picture, I would start feeling ingratitude toward you. After much pondering, I would end up replacing it with some another soothing photo of yours. Thus, I made a resolution of keeping you with me in my Whatsapp display picture for a year and no wonder that I kept my word.

I continue to pine for some physical belonging of yours as a souvenir of your actuality. I just can’t help it. Your movies and shows are there to contend myself with your aura, but still, this petulant heart of mine craves for something I can hold on to for all my life and find pride in the thought that I have something you once had (don’t and can’t have your talent of course).

I do not know the common tendency of a fan’s wishes out of love, but this is mine after the one to meet you in person, which never happened. I will continue to blame Almighty for that. I wish there were some more hierarchical authorities over God so that these acts could be curbed in a judicious manner.

I always sought inspiration from your persona and you never failed to amaze me. Every interview of yours would make me aware of various facets of life and it’s struggles, and I would just spend hours registering them. I admired your sense of humour too.

Your eyes looked like a sea to me, with numerous tides rising up and ebbing, fluently and frequently. At the moment, India is going through a tragedy and there the uncertainty of life looms large. Thus, I wanted to register my emotions for you as it is.

I wrote you a ghazal last year. Just in case you had missed it in the ocean of messages from your well-wishers, here it is:

Give me a dream when you receive my letter.

is currently pursuing his B.Tech degree from the National Institute of Technology Karnataka (NITK), Surathkal.

‘Day One’: Of Swelling Development and Shrinking Spaces in a Not-So-Big City

‘No Man’s Land’: Of Missed Opportunities and Clichéd Portrayal of Kurdish Fighters