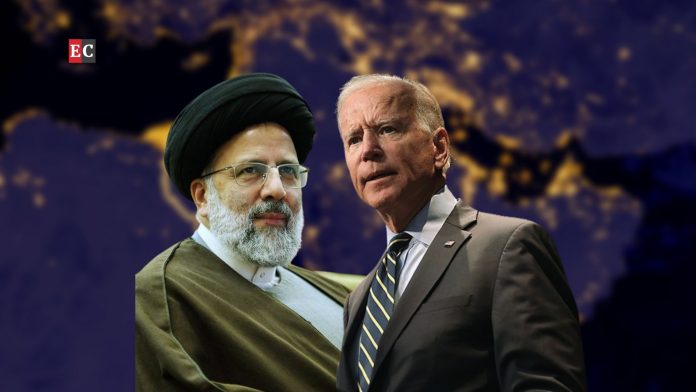 In recent years, Iran and China have moved visibly closer. One of the reasons cited for this was the Donald Trump administration’s withdrawal from the Joint Comprehensive Plan Of Action (JCPOA) – also known as the the Iran nuclear deal – in 2018 and its policy of maximum pressure on Tehran.

In March 2021, Iran and China signed a 25-year strategic agreement, under which China committed 400 billion USD for investments in mostly oil and infrastructure. The agreement also seeks to strengthen security ties between the two and includes projects related China’s Belt and Road Initiative (BRI).

Current US President Joe Biden made it clear immediately after taking over that his administration’s approach on Tehran would be fundamentally different from that of his predecessor. During his presidential campaign, Biden had been critical of Trump’s maximum pressure policy.

At the same time, Biden, who was advised by many to get back to the JCPOA without any conditionalities, did not really budge from the demand of Iran moving back to full compliance to the 2015 deal. Iran, on the other hand, stated that it would have no hesitation in doing so if US removed economic sanctions. In June, US agreed to remove certain sanctions.

The Vienna talks, in which Washington DC has been involved indirectly since they began in April, are supposed to have made some headway. But, further progress is unlikely till incoming Iranian President, Ebrahim Raisi, takes over in August. The President-elect, who many believe will be a far tougher negotiator than the incumbent Hassan Rouhani, could demand that the negotiations begin from scratch. While there is no doubt that Raisi has supported the deal in principle, he has also made it clear that he will not kowtow to the West.

If Raisi demands that negotiations on JCPOA begin from scratch, the US might impose sanctions on China for purchasing Iranian oil. Notably, China is the largest importer of oil from Iran. A US official, while commenting on the issue, recently said:

‘If … we were to conclude that the talks are dragging on for too long and we don’t have a sense of whether they are going to reach a positive outcome, then of course we would have to take a fresh look at our sanctions enforcement, including on Chinese entities that were purchasing Iranian oil.”

Such an approach is not very different from that of Trump, and is in stark contrast to Biden’s nuanced approach on other complex issues. At a time when Iran’s economy is in doldrums, not least due to COVID-19 induced lockdowns, and the country is witnessing rising protests, including over the shortage of water, putting further pressure on Iran through sanctions will only increase anti-western sentiment and strengthen those against negotiations with the US.

All of this would also push Iran closer to China. A good relationship with Iran is essential for China for a number of reasons.

First, Iran can play an important role in backchannel negotiations with the Taliban in Afghanistan.

Second, China has already evinced interest in the Chabahar Project. Notably, that India is a participant in the project, and has invested in its first phase. Given the security situation in Afghanistan and the recent terror attack in Pakistan’s Khyber Pakhtunwa province, which resulted in the death of nine Chinese nationals travelling to the Dasu hydropower project (a component of the China Pakistan Economic Corridor or CPEC), Beijing might, for now, focus more on the Chabahar Port project rather than CPEC. Chabahar is not very far from Gwadar Port in Pakistan’s Balochistan province, which too is an important CPEC component.

In conclusion, the Biden administration would be better off to exercise restraint, and not take any harsh steps that only strengthen anti-America sentiments in Iran and leave Tehran with no other option but to cosy up further to Beijing. The US should wait for Raisi and then try to reach an understanding with Iran over the JCPOA.

India, given its economic and strategic interests in Iran, would be closely watching how the US-Iran relationship pans out and what role China plays in the Chabahar Port.