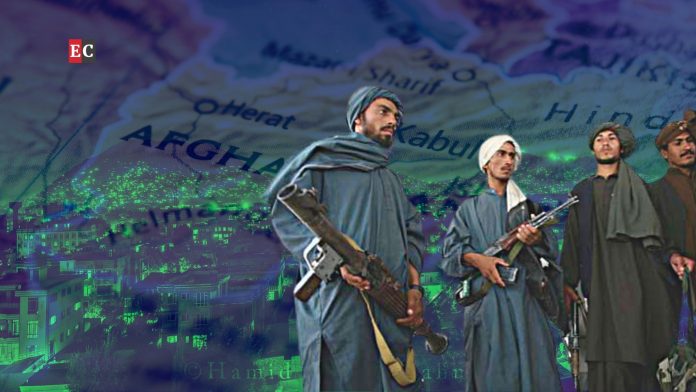 In the wake of the Taliban’s takeover of Kabul, US President Joe Biden has faced criticism from not just international quarters, but also from the Republicans and Democrats in the US who have decried his decision to withdraw from Afghanistan without bothering about the consequences. While the decision to withdraw US troops had been taken by the Donald Trump administration, Biden, a quintessential insider, was expected to be more cautious.

Meanwhile, Washington DC is out to deflect the blame for the crisis, mostly to the Afghan forces and Ashraf Ghani government. For instance, US Secretary of State Anthony Blinken did not hide his surprise at the ‘hollowness’ of the Afghan forces. He said:

“We had invested, over four administrations, billions of dollars, along with the international community, in the Afghan Security and Defense Forces, building a modern military with the most sophisticated equipment, 300,000 forces strong, with an air force that the Taliban didn’t have. And the fact of the matter is, we’ve seen that that force has been unable to defend the country, and that has happened more quickly than we anticipated.”

In his first statement after the Taliban’s takeover of Kabul on 17 August, President Biden said something similar, while reaffirming his decision to withdraw. He said:

“American troops cannot and should not be fighting in a war and dying in a war that Afghan forces are not willing to fight for themselves.”

Notably, during Ghani’s visit to the US in July, Biden had said that Afghan forces were equipped to take on the Taliban. In a statement released on 14 August, the US President said that any further US military presence would not have really been of consequence, if the Afghan military was incapable of taking control of the country. Biden also said that US presence in the middle of another country’s conflict was not ‘acceptable’ to him.

India too has faced criticism over its stance on the Taliban. Many analysts have argued that given India’s intimate role in Afghanistan over the past two decades, it should have opened up channels with the movement much earlier and not just depended on the US. Indian involvement in Afghanistan includes investment in numerous areas – infrastructure, health and education – totaling to roughly 3 billion USD. Some of the big-ticket projects include the Salma Dam and Zaranj-Delaram Highway, which provides access to the Chabahar Port.

But, this is not not just about the economics. In a changing geopolitical landscape where regional powers such as China, Russia, Pakistan and Iran have emerged as influential players, New Delhi will have an uphill task in ensuring its relevance. The fact that it relied entirely on the US hasn’t helped.

Also read ‘In Afghanistan, the US Again Gets To Choose How It Stops Fighting‘

China, on the other hand, has had apprehensions over the Taliban’s links with the East Turkestan Islamic Movement, which, according to Beijing, has been fomenting trouble in Xinjiang. Yet, China has been proactive in its outreach to the Taliban. After the takeover, Beijing said that it was willing to have “friendly and cooperative relations” with Afghanistan. The Foreign Ministry spokesperson, Hua Chunying, talked about Taliban’s desire for good relations with China.

Notably, Taliban Spokesperson, Suhail Shaheen, said that they would not interfere in China’s internal affairs and sought Chinese support for reconstruction. Beijing has made significant investments in natural resources in Afghanistan, and also is seeking to expand the Belt and Road Initiative (BRI) into the country.

Earlier in July, a Taliban delegation led by its chief negotiator (and possibly the next President of Afghanistan), Mullah Abdul Ghani Baradar, met with Chinese Foreign, Minister Wang Yi. During the meeting, China expressed its security apprehensions to the Taliban, but also said that the Afghan people should be allowed to decide their own future. On 17 August, Beijing accused the US of leaving “an awful mess” in Afghanistan.

New Delhi would also be concerned about Pakistan’s sway in Afghanistan, incluidng the close links between the Pakistani deep state and Taliban and the security ramifications of the same. After the takeover of Kabul on 15 August, Pakistani Prime Minister, Imran Khan, lauded the Taliban for breaking the ‘shackles of slavery’. Days earlier, he had also said that US is using India for Afghanistan.

At this stage, there are limited options before New Delhi. For now, it needs to evacuate all its citizens, ensure the security of minorities and its assets, and remain relevant in some manner. Notably, on 16 August, the Indian foreign ministry stated that it would ‘safeguard’ India’s interests as well as the security of Indian nationals in Afghanistan. India also stated that is in touch with Sikhs and Hindus there. Earlier, media reports hinted at India opening backchannels with the Taliban and in July 2021, India’s External Affairs Minister, Dr S Jaishankar, landed up in Tehran on the same day as a Taliban delegation.

Taliban, on its part, would also want a working relationship with India since it is currently seeking international legitimacy. Regional powers like Iran can play an important role as intermediaries. Iran’s new President, Ebrahim Raisi, has already hinted at the role of India in establishing peace and security in Afghanistan.

Predicting the future course of events in Afghanistan is an onerous responsibility, except that the short run is likely to be turbulent. Washington, in general, and the current Biden administration has rightly faced the music for its first foreign policy failure. New Delhi’s challenges, given its geographical placement and ties with Afghanistan in recent years, are of a different nature. India needs to exhibit deftness, pragmatism and an ability to think beyond simplistic binaries.