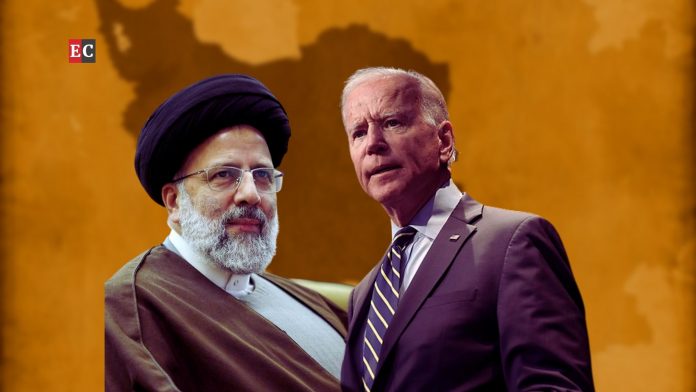 While global attention is understandably focused on the turmoil in Afghanistan, US President Joe Biden is facing another serious foreign policy challenge – restoration of the Iran Nuclear Deal or the JCPOA (Joint Comprehensive Program of Action). While negotiations between Iran and other signatories earlier this year, in which the US was part an indirect participant, offered a ray of hope, there has been no progress since June.

Iran’s nuclear program and its foreign policy in the Middle East – especially its support to proxies – have emerged as a sticking point between Tehran and other signatories to the JCPOA. Negotiations have been virtually stalled since June.

“America’s current administration is no different from the previous one, because what it demands from Iran on the nuclear issue is different in words, but the same thing that Trump demanded.”

After facing flak for his handling of the crisis in Afghanistan, Biden would not like to send out a message that his approach towards Iran is similar to that of his predecessor.

Notably, senior officials in the Biden Administration have hinted at their impatience with the lack of progress. The US President, after his meeting with Israeli Prime Minister, Naftali Benett, said:

“We’re putting diplomacy first and see where that takes us. But if diplomacy fails, we’re ready to turn to other options.”

The Israeli Prime Minister, whose stance on Iran is identical to that of his predecessor, is supposed to have praised Biden’s clarity with regard to curbing Iran’s nuclear program.

Further, the suspected Iranian attack on a merchant ship, Mercer Street, off the Omani coast in July 2021 was criticised not just by Israel, but also the UK and US. US Secretary of State had alluded to retaliatory action. The attack has only added to the environment of mistrust over the JCPOA.

The situation in Iran

The June 2021 election of hardliner Ebrahim Raisi, as the new President of Iran, according to analysts and commentators, was likely to be a major stumbling bloc to the revival of the JCPOA. But, ever since he took charge, the Iranian president has moderated his stance considerably.

He has spoken to the French President, Emmanuel Macron, and held an in-person meeting with the Japanese Foreign Minister, Toshimitsu Motegi, in Iran. During both meetings, Raisi put forward Iran’s views on the JCPOA, saying that Tehran could not accept some of the conditionalities, which other signatories to the deal are trying to impose. The Iranian president, during his conversation with Macron, criticised the US for imposing more sanctions.

Interestingly, CIA Chief, William Burns, who was one of the architects of the JCPOA, also visited Israel and is supposed to have discussed the deal with senior Israeli officials.

It would be pertinent to point out that Iran’s currency, the Rial, has taken a significant beating in recent weeks as a result of the domestic uncertainty as well as the turmoil in Afghanistan. Even before Raisi had taken over as President, the country was afflicted with numerous economic challenges , including rising inflation (estimated at well over 30%). The COVID-19 pandemic and US sanctions were held responsible for the economic crisis.

There were protests as a result of water and power shortages. While there are high expectations from Raisi, there is a realisation in Iran that unless the US removes its sanctions, Iran’s economy is unlikely to witness a recovery.

Need for a softer American approach

It is important for the Biden administration to give priority to the JCPOA negotiations and refrain from adopting a path similar to that of the Trump administration. Raisi’s hardline credentials as well as his proximity to Khamenei puts him in a better position as far as the nuclear deal negotiations are concerned.

Time is running out, and Washington DC will need to give him some elbow room to the new President. The US should also realise that reduction of tensions with Iran could be handy, since Tehran has links with the Taliban, which has now formed a government in Kabul.

While the outreach by France and Japan to Iran is encouraging, Washington DC itself needs to adopt a flexible approach on the JCPOA and not lose patience. It is also important for the US to not allow Israel to influence its Iran policy. American allies, including France, Japan and India, all of whom have economic interests in Iran should jointly convince Washington DC to adopt a more accommodative approach towards Iran and reduce tensions.