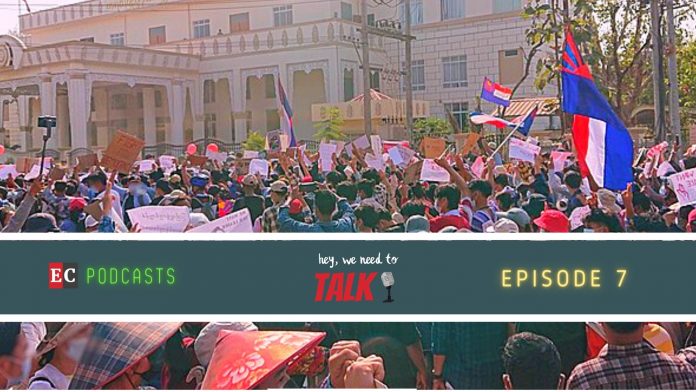 Since the military took charge of Myanmar in a coup on 1 February 2021, life has been difficult for people there. From night raids on political dissidents to use of gunfire against peaceful protestors by regime forces, the Burmese people have experienced extraordinary levels of suffering, trauma and anxiety over the last seven months. According to the Assistance Association for Political Prisoners (Burma), the military government – also known as the State Administration Council (SAC) – has killed 1044 civilians since the coup.

And then came a devastating third wave of the COVID-19 pandemic in July. Gross mismanagement and a perpetual sense of denial within the administration compounded the crisis, triggering a collapse of the health infrastructure and a severe oxygen crisis. According to Worldometers, 15,600 people have succumbed to the virus in Myanmar since the first wave.

Despite these layers of crises, the people in Myanmar have shown great resilience, fortitude and courage. Not long after the coup, a nationwide resistance movement emerged, which is now referred to as the Civil Disobedience Movement (CDM). The people’s voice is clear – end the coup, release the detained civilian leaders (such as Aung San Suu Kyi), and restore the democratic process. The SAC, needless to say, has refused to capitulate, instead choosing to rule by terror and violence.

The resistance movement this time is much bigger in scope than past anti-military protests, including in 1988 and 2007. What is also remarkably different this time is the extensive use of social media to mobilise people, coordinate protests and relay news from inside to the outside world. The younger generations, most prominently Gen Z, have been at the forefront of this new-age resistance endeavour, both in the streets and on the internet.

In this episode of #HeyWeNeedToTalk, we spoke to one such young activist. Thinzar Shunlei Yi is a political activist and Advocacy Coordinator at the Action Committee for Democracy Development (ACDD). She has been a prominent face of the civil resistance before international audiences and is also leading a social media campaign for equal rights of women and violence against women in armed conflict. She represents a new generation of progressive Burmese activists who are not just outspoken in their demands, but also deeply creative in achieving them.

The episode is also available on:

Views expressed in the podcast are those of the speakers and do not reflect any editorial line.