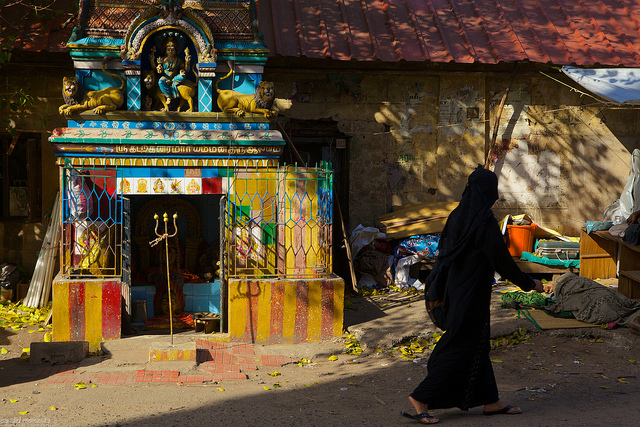 Writing about communalism in the wake of post-modern times – where the popular media and literature are inundated with matters pertaining to religion and religious consciousness – is not an easy task.

However, in light of recent socio-political trends, I believe there is an important case to be made here – for interreligious councils as a convention to initiate dialogue and leadership, and constructively manoeuvre society in periods of unrest and otherwise. In light of the noisy clamour surrounding the role of religion as a sentiment and a contrivance that is potentially used to incite violence, it is practically binding to constitute a body that channelises the religious know-how among the different religious communities in India towards a framework of secular coexistence.

But, why in India?

The oldest mosque in India was established in Kerala in 629 AD; the Paradesi synagogue in Kochi is the oldest functional synagogue in the entire Commonwealth; and the oldest church in the country is almost as old as Christianity itself! Most of the world’s Jains, Parsis, Sikhs and Hindus live in India. The religious diversity that this nation has sustained since ancient history is exemplary. Indeed, the integrity of Indian-ness is deeply rooted in this diverse spectrum of plenitude faith systems, culture, history, food, festivities, and languages. Going by the long association of one religious group and its engagements with the other, it could be a passing comment that all are at peace with one another and each of it has contributed to the ‘Indian civilisation’ of today.

In light of the noisy clamour surrounding the role of religion as a sentiment and a contrivance that is potentially used to incite violence, it is practically binding to constitute a body that channelises the religious know-how among the different religious communities in India towards a framework of secular coexistence.

Going by the media discourse and some snippets of sporadic personal experiences, it is all but self-evident that communal differences and tensions pertaining to the same continue to wield a complex mosaic that no less than a threat to national unity. While the debates surrounding the reasons for communal disputes are never-ending yet arcane, it is safe to suggest that a series of factors and institutions – including both the State and the civil society – are accountable for the social discontent. With the rise of vote-bank politics, domination of political agendas, and religious violence, interreligious interactions at the community level are arguably receiving a setback, further clearing the way for stereotypes and prejudices to thrive.

Some believe that the genesis of ballot box democracy and the politics woven around it are the fundamental reasons behind communal stiffness. Others conveniently shift the blame to the lack of holistic approach in the education system. Rightly so, the education system is not entirely bereft of a communally biased agenda, and that percolates down to the content of the books. This may not essentially shape the young minds to treat each religion and its people with utmost respect.

Unfair socio-political representations and economic disparities among the religious communities are accentuating the inter-religious divide. The elections in UP this year are a glaring example of communally-loaded electoral politics: the differential engagement of the political parties with certain communities speaks volumes about the electoral arithmetic. While Mayawati’s BSP fielded 99 Muslim candidates, Samajwadi Party put up 56. This over-representation did more harm than good, because ultimately, it confused the Muslims of the state to a large extent. Add to this the zero Muslim candidates flagged by the Bharatiya Janata Party (BJP).

With the rise of vote-bank politics, domination of political agendas, and religious violence, interreligious interactions at the community level are arguably receiving a setback, further clearing the way for stereotypes and prejudices to thrive.

The Need to Talk

The periodic outbreak of communal violence in several pockets of India is a testimony to the need for interreligious leadership and engagements. If not dealt with affirmation it at this juncture, rising communalism can have a retarding effect on the perpetuation of the Indian Constitution’s secular vision. It is high time people pay heed to the need for interreligious dialogue to combat the divisive design of communal politics in India.

If the civil society, comprising of actors that are influential, inspiring, and care for a better tomorrow, takes the initiative to contest the growing intolerance and the rising tirade of hate-speeches, aims to develop a counter-narrative to educate those that they label as ‘others’, and strategises ways to engage constructively with people irrespective of their cultural backgrounds, India will certainly witness nation-building of a refined, inclusive kind. As obvious as this agenda might sound at the outset, it has barely even begun in the civil mainstream.

To this end, interreligious councils can effectively counter the swelling wave of exclusivist nationalism, being peddled with strong undertones of religio-cultural nationalism. Such forums will provide a means to a willing leadership to subdue the hate campaigns that have now made their way, very conveniently, into both conventional and social media. These councils should be decentralised to cater to the needs of local people and offer space for nuances of the finer cultural mores of the people they are committed to help. The dialogues could be facilitated in formal or non-formal settings depending on the demands of the situation, but conducting them in a safe space where the participants’ identities are not threatened remains mandatory.

To be fair, however, there is a latent danger of these institutions being backed by political parties or being associated to the government, and instead of encouraging safe dialogues and community-building, the institutions may fall prey to or may be misunderstood as political organs promoting specific agendas or organisations that threaten the identity of individuals or groups. But, that does not render the concept of interreligious dialogues a non-starter, since politicisation is an omnipresent reality in multiparty democracies.

[…] interreligious councils can effectively counter the swelling wave of exclusivist nationalism, being peddled with strong undertones of religio-cultural nationalism. Such forums will provide a means to a willing leadership to subdue the hate campaigns that have now made their way, very conveniently, into both conventional and social media.

The entire idea for interreligious dialogues might seem like an over-simplified, obvious approach, or even a utopia that we are yet to witness. But, in reality, it is a deduction from positive outcomes of existing interreligious and intercultural dialogue models from the Mindanao (Philippines), Bosnia-Herzegovina, and Bougainville (Papua New Guinea) and a string of many such case studies that reinstate hope.

The idea is to gradually contest the very roots of extremist ideologies, discrimination, mistrust and hatred between communities and make way for opportunities of understanding each other’s perspectives. The natural spin-off of these institutions would be a pressure point for political parties that play around with communal sentiments and fan violence in the name of religion. Administrators in schools and colleges should introduce apposite syllabi to ensure the students are able to clarify the misconceptions and germinate the idea of peaceful coexistence in their minds. The role of teachers is imperative in this process.

At the societal level too, efforts should be made to respect the beliefs and tradition of other religions and where possible, join in to celebrate the culture of the “other”. The government should commit to stopping the occurrence of communal violence and set a strong precedent by enacting and enforcing stringent laws for those who breach communal harmony; however, I fear the latter will happen anytime soon. Yet, I am hopeful that civil society actors will find a way out.

The idea is to gradually contest the very roots of extremist ideologies, discrimination, mistrust and hatred between communities and make way for opportunities of understanding each other’s perspectives.

In the words of my absolute favourite, Mark Twain,

“India is the cradle of the human race, the birthplace of human speech, the mother of history, the grandmother of legend, and the great grandmother of tradition. Our most valuable and most instructive materials in the history of man are treasured up in India only”. 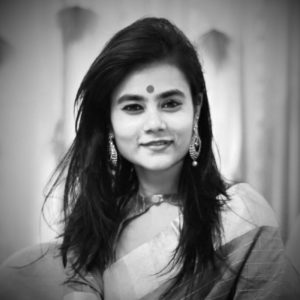 Sneha Roy is an anthropologist, community builder, peace activist, and a writer. Currently a consultant with the UNESCO, Country Coordinator for the Commonwealth Youth Peace Ambassadors Network (CYPAN), and a fellow of King Abdullah bin Abdulaziz International Centre for Interreligious and Intercultural Dialogue (KAICIID), she is also an alumnus of Mindanao Peacebuilding Institute (Philippines), founder of Religion Through My Lens, and signatory to A Common Word Among the Youth (ACWAY). Sneha’s research focuses on the role of women in conflict reconciliation, postwar trauma healing, and mobilisation of the youth in India on interreligious dialogue.