Home Geopolitics Gulf Crisis: Why Finding A Victim In Qatar Is Problematic 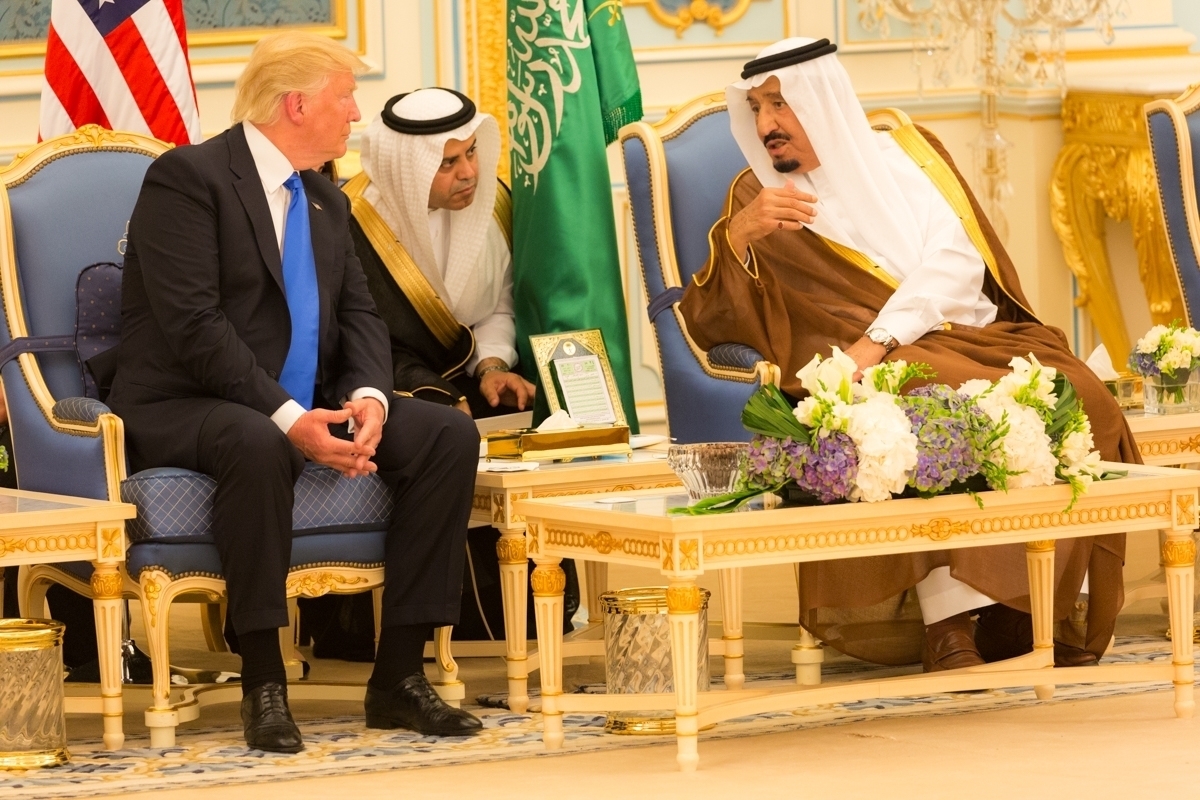 In June 2017, ten countries, mostly in the Middle East and North Africa (MENA) region, abruptly severed all ties with Qatar. This rare diplomatic offensive was led by Saudi Arabia, and backed by two other members of the Gulf Cooperation Council (GCC), Bahrain and United Arab Emirates (UAE). The Saudi-led coalition cited Qatar’s alleged support for terrorism as the primary motive behind the sudden isolation.

• Tillerson has arrived in Qatar for an unexpected second visit
All the latest updates on the Qatar-Gulf crisis: https://t.co/ufABP3X29I pic.twitter.com/NsieAc36h8

This peculiar crisis in the Gulf, which is in its second month and shows no sign of abating, has left Western governments in a tight spot. The difference in the responses of US President Donald Trump and his State Department towards the situation is more than evident. We saw Rex Tillerson just ending his failed four-day mission to the Gulf to resolve the dispute. The German Foreign Minister too criticised Qatar’s isolation by its Arab neighbours, and went as far as calling the crisis a “Trumpisation” of relations. But then early this month he landed up in Abu Dhabi, offering a conciliatory message in an attempt to end the standoff. The crisis has been defined as unprecedented in the diplomatic history of the Gulf, and may eventually lead to Qatar’s expulsion from the six-member grouping.

Amidst this spectacular confusion, taking a simplistic approach to understand the crisis is not helpful; especially if it is solely guided by arguments like ‘pots calling the kettle black‘ or ‘people living in glasshouses’. The crisis is no infringement on Qatar’s sovereignty. Doha is merely being asked to make up its mind whether it wishes to follow through the commitments made to the GCC – of which it has been a member for the last 35 years. The choice is eventually theirs to make. But, earlier this month Qatar responded in negative to the list of 13 demands given by the Saudi-led bloc.

A rising tide of animosity with Saudi Arabia – in light of the disaster unfolding in Yemen and a widespread consensus of its oil-backed spread of extremist ideology around the globe – seems to be prompting western liberal media outlets and intellectuals to side with Qatar. The hostility against the Saudi regime has now become part of mainstream politics in United Kingdom (UK), wherein the opposition leader Jeremy Corbyn has vowed to end arms sales to the country. But then, how wise will it be to respond to the ongoing crisis with a view to just get even with the family of Al Saud remains unclear.

The Qatari news channel, Al Jazeera, has come in the crosshairs of the Saudi-led coalition as part of the latter’s diplomatic offensive against Doha

As the home to the Wahhabi school of thought in Islam, the Saudi establishment has faced needless targeting for the Islamist terror attacks taking place across UK and Europe. The complex phenomenon of the emergence of Islamic State (IS) can neither be explained via a 200-year old philosophy, nor can its destruction be brought about by total elimination of Wahhabism. What more, there is no hard evidence as yet of the Saudi regime’s involvement in the 9/11 attacks or of its collusion with any of the regional proxies that are hostile to West and its allies.

On the other hand, both the Taliban and Hamas maintain bases in Qatar. Yusuf al Qaradawi, the Egyptian cleric who praised Hitler for the crimes committed against Jews, is a long term resident of Qatar. His infamous sermon was broadcast on Al Jazeera, which is funded by the Qatari government. Qatar’s close ally Iran, which might now be forming a separate axis with Turkey, was home to several family members of Osama Bin Laden for until a decade after 9/11. Those who blame Saudi Arabia for the rise of IS and making matters murkier in Syria should also acknowledge that Qatar has pumped USD 4 billion into the bloody Syrian civil war.

US Secretary of State Rex Tillerson arrives for talks in Kuwait, key mediator between Qatar and its Arab neighbours https://t.co/E2zzwBSZ0s

The US has positioned itself to de-escalate the crisis

Having a close understanding of the series of events that led to the current standoff may lessen the urge to find a victim in Qatar. The first cracks in GCC relations appeared in 2014 when Saudi Arabia, and UAE, together with Bahrain, withdrew their ambassadors from Doha. Back then, it took nearly 9 months for relations to normalise. Those who believe Qatar is being made to pay the price for not subjugating to Saudi dominance, need to know that the former has been carrying out its independent ‘loose cannon’ foreign policy for nearly 20 years now. Indeed, a policy based on the principle of outreach and attempts to bring all sides in a conflict together should be commended, especially when undertaken by an autocratic state.

But, one simply has to look around to see how this empty posturing has made matters worse in the Islamic world. In Afghanistan, Taliban has now given way to an offshoot of IS (IS-Khorasan). Further, John Hannah, a senior fellow at the Foundation for Defense of Democracies and formerly a national security adviser in George W. Bush’s administration, in an article for Foreign Policy (published two weeks prior to the crisis), stated how Qatar is solely responsible for turning the 2011 Arab Spring into an Islamist Winter. Qatari funds are being used to train extremists in Libya by Hamas, adding to the lawlessness that has gripped the country since the ouster of Muammar Gaddafi. Libya now plans to drag Qatar to ICC for its role in planning a series of assassinations inside the country.

BORIS Johnson waded into the Gulf crisis demanding “dialogue” in an attempt to resolve the current rift between … https://t.co/8PZyV3fHGz

The nature of the relationship between the West and its GCC partners, which is devoid of any accountability, has increasingly become a source of agitation for many. Well, winds of change are finally here and the bloc has come forward to push the curtains back on the nefarious activities of one of its members. The list of demands also includes paying reparations and compensation for loss of life and other financial losses caused by Qatar’s policies in recent years.

Surely one does not need to be on any one side in this crisis. However, for cynics of the war on terror who have long opposed militaristic approach in tackling Islamic fundamentalism should understand the importance of this diplomatic row in fulfilling precisely that objective. Focusing the ire on one Arab monarchy whilst letting the other off the hook, will be like mirroring the same botched western foreign policy that liberals have fought all along.

Sana Quadri is a freelance writer keen on political and geopolitical analysis. She tweets at @QuadriSana.

Views in the article are the author’s own and do not represent any editorial line.