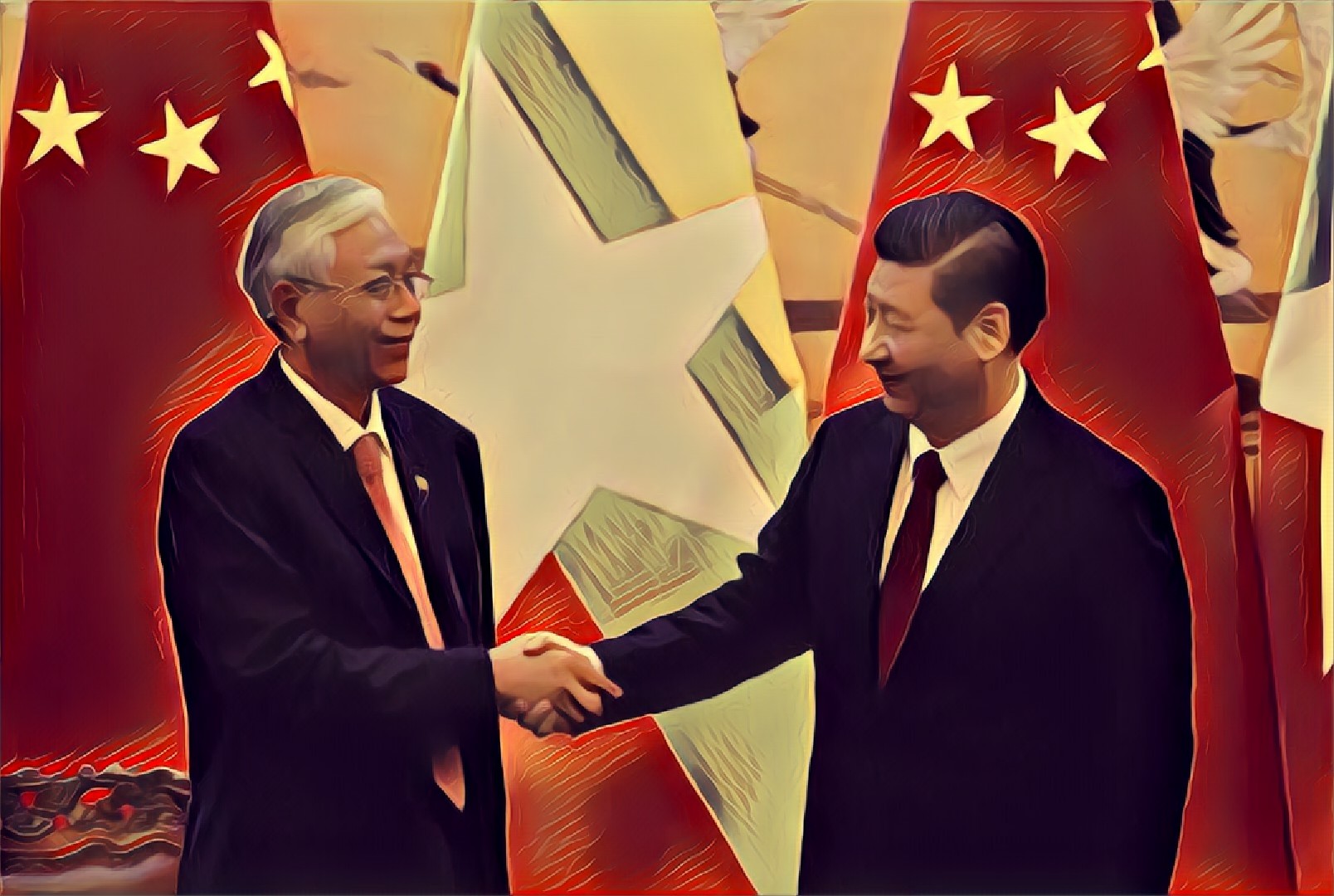 There is delightful irony that China has put forward a plan to resolve Rohingya refugees, which is so deceptively simple and yet didn’t occur to Indian ingenuity. The 3-stage Chinese plan proposes to:

It is a moot point whether the Chinese plan will work, because in the long run, as they say, we are all dead. What matters is time present.

The Modi government must be feeling embarrassed. This is the first time that Beijing took a diplomatic initiative to resolve an ‘inter-state dispute’ in South Asia. The nearest venture so far has been the incipient Chinese attempt to calm down Afghan-Pakistani tensions. (It is work in progress.) Clearly, Beijing means what it says, namely, South Asia is big enough for China and India to live and work.

Bangladesh is, perhaps, India’s only neighbor with which we enjoy a fairly transparent relationship. But when that country got into trouble and sought Indian mediation with Myanmar, we looked away. Now China steps in without an invite from Bangladesh to outline a pathway to get Rohingya refugees numbering over half a million to return home. Dhaka welcomed the Chinese plan put forward by Foreign Minister Wang Yi during his visit last weekend.

On the Rohingya front, India failed the litmus test of friendship. If the Chinese plan works – obstacles are many and some are formidable – Sino-Bangladesh relationship will take a quantum leap. At the very least, the ‘great game’ in Bangladesh tilts in Beijing’s favor.

However, the unkindest cut of all is that against this backdrop, One Belt One Road is lurching toward Bay of Bengal. Beijing has also proposed to Myanmar on a parallel track its interest in building an “economic corridor” under the Belt and Road initiative that will start from China’s Yunnan Province, go down south to the central Myanmar city of Mandalay, and further extend east to the new city of Yangon and west to the Kyaukpyu special economic zone, forming a three-pillar giant cooperation pattern.” (Xinhua)

Under the belt and road umbrella, Beijing has backed various massive infrastructure projects in Myanmar such as a US$7.3 billion deep-water port in Rakhine. Wang reportedly explained to the leadership in Nay Pyi Taw that “such a design is supposed to boost connectivity among large projects along the routes to have an integrated effect, and at the same time to boost balanced development across Myanmar,” A prominent Chinese scholar, Gu Xiaosong, head of Southeast Asian Studies at the Guangxi Academy of Social Sciences, told the Global Times that thanks to Myanmar’s geography, the country “serves as an important intersection for Belt and Road initiative” and the proposed economic corridor will “allow China to access the Indian Ocean more conveniently.”

Myanmar President U Htin Kyaw has responded positively, saying his country stands ready to join hands with China to speed up the development of the China-proposed Belt and Road Initiative and “also appreciates the proposal of building a China-Myanmar economic corridor, and intends to actively integrate with the Chinese side over the project.” Indeed, Wang also met Myanmar’s powerful military chief, Senior General Min Aung Hlaing, who in turn described China as “not only Myanmar’s friendly neighbor but also the sincerest friend.” (Xinhua)

Jaws must have dropped in South Block, which is barely coping with the China-Pakistan Economic Corridor (CPEC). If the recent outrageous Pakistani allegations have any basis, we now have to create a second “cell” costing $500 million in the bowels of our security establishment to somehow make life hell for the proposed China-Myanmar Economic Corridor (CMEC). No doubt, the CMEC is potentially a bigger geopolitical challenge than CPEC because its tentacles graze the highly sensitive Indian assets in Andaman & Nicobar.

The Chinese plan is to use the Hambantota Port in Sri Lanka to connect CMEC with the sea-lanes of the Indian Ocean. If the plan works, Bay of Bengal becomes a crowded Chinese waterway, which will be far more consequential than CPEC.

In its timing and sheer elan, the Chinese plan on the Rohingya is simply superb. It takes the wind out of the sails of the US. (Secretary of State, Rex Tillerson — formerly ExxonMobil boss — had visited Nay Pyi Daw last week highlighting the human rights angle to seek a role for US intervention – and, perhaps, extract some oil concessions from Myanmar leadership for Big Oil in Texas.)

Equally, Wang’s announcement coincides with the ASEAN Foreign Ministers meeting in Myanmar where the western powers – France, Sweden and Japan, in particular – were expected to raise Rohingya issue to pile pressure on Nay Pyi Daw. Wang’s doosra indeed changed the narrative overnight. Beijing must have sensed that attitudes in Myanmar towards China have become very positive. If there is a propitious time to push the CMEC, this is it, this is it.

This article was originally carried by The Citizen. Read the original piece here.

MK Bhadrakumar is a retired career diplomat who served in the Indian Foreign Service for over 29 years. He writes a foreign affairs blog called “Indian Punchline“.