Home Opinion India-Canada Relations: Why Alienating the Sikh Diaspora Is a Bad Idea 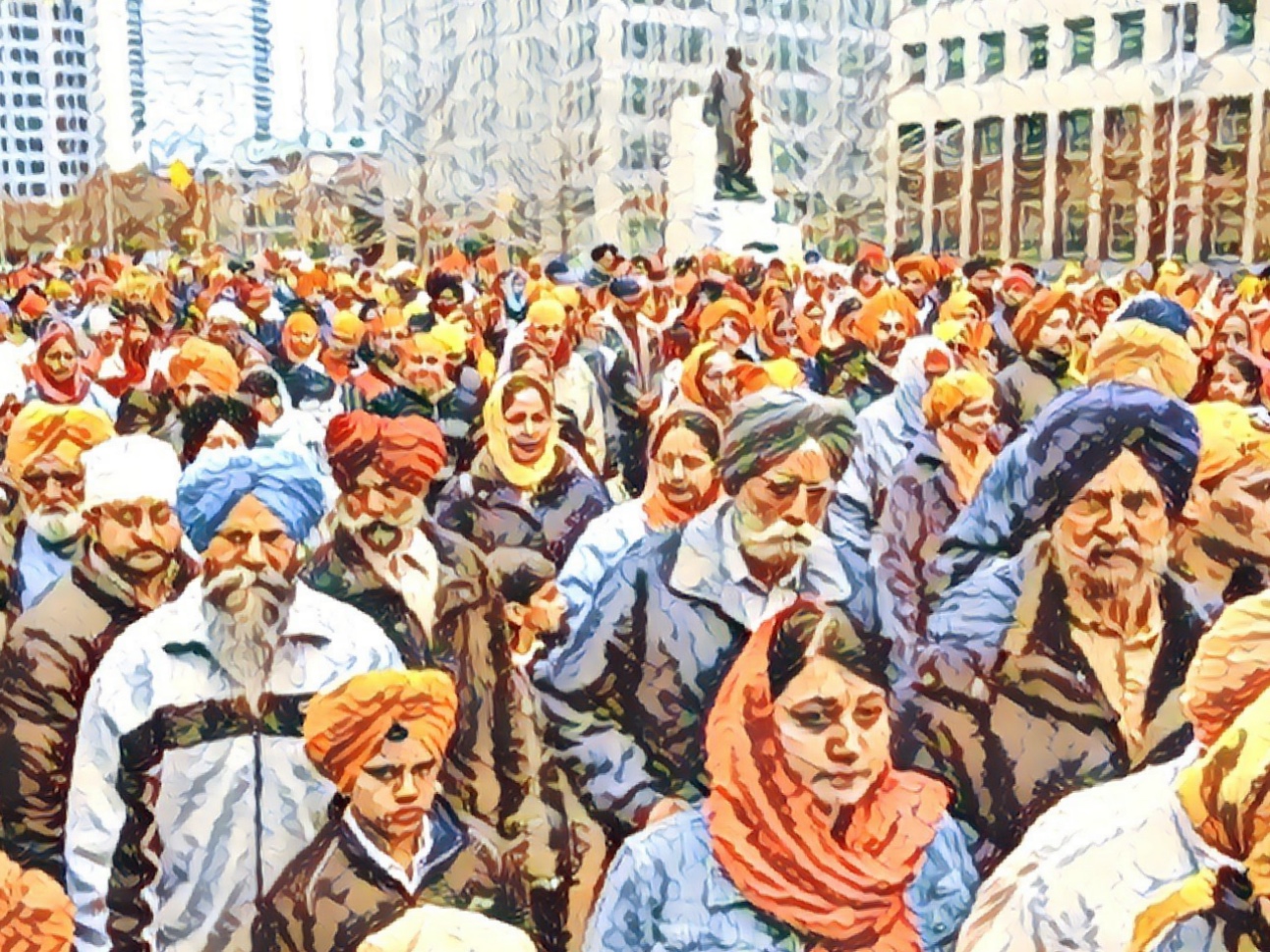 As Canadian Prime Minister Justin Trudeau prepares for his visit to India scheduled for 17-23 February, there is likely to be a focus on strengthening trade ties, people-to-people contacts, and strategic relations between both countries.

Bilateral trade between both countries was estimated at 8 Billion USD, which is impressive but way below the actual potential. In terms of investment too, Canadian investments in India have been on a steady rise with an estimation of 20 Billion – the bulk of which is routed through equity funds.

A number of big Canadian companies like Sunlife Financial and Bank of Nova Scotia are doing business in India, while TCS, ICICI Bank, Essar Steel are active in Canada. To bolster existing ties, New Delhi and Ottawa have been working on finalising a free trade deal.

Beyond business and strategic ties, the Indian Diaspora and Canada’s liberal approach towards immigration is extremely important.

An MEA statement issued in the context of Trudeau’s visit stated:

“India and Canada share a strategic partnership underpinned by the values of democracy, pluralism, equality for all and rule of law. Strong people-to-people contacts and the presence of a large Indian Diaspora in Canada provide a strong foundation for the relationship.”

Canada’s liberal visa regime at a time when countries like the United States and Australia – favoured destinations for Indian students – are becoming more insular, has raised Trudeau’s stature internationally. He has also managed to attract a number of skilled professionals in the Information Technology (IT) domain.

As in the case of many other visiting dignitaries, Trudeau is likely not just to visit the national capital, New Delhi, but also other cities like Amritsar, Mumbai, Ahmedabad, and Agra. The Canadian PM will also be visiting the Golden Temple in Amritsar, the holiest site for the Sikh community. Former Premier, Stephen Harper, had also visited the holy shrine in 2009 during one of his India trips.

The Darbar Sahib (shrine inside the Golden Temple) has featured on the itinerary of several international leaders. Former British PM, David Cameron, and more recently London Mayor Sadiq Khan also visited the Golden Temple. Queen Elizabeth visited the Darbar Sahib in 1997. The serenity of this religious place along with the increasing influence of the Sikh diaspora globally have driven the international political community to keep Amritsar in their travel plans for India.

Canada has a large Indian diaspora, and the Sikh diaspora – estimated at over 400,000, around 1.5 percent of the total population – is especially influential. There are 17 Sikh Members of Parliament in the country. There are four Sikhs in Trudeau’s cabinet including Harjit Singh Sajjan (Defence Minister), Navdeep Singh Bains (Innovation, Science and Economic Development), Bardish Chagger (Small Business and Tourism), and Amarjit Singh Sohi (Infrastructure). Even in other walks of Canadian life and professions, Sikhs have distinguished themselves as successful entrepreneurs, lawyers, and bankers.

Not all is well

However, Trudeau’s relationship with the Indian Sikh political elite hasn’t been all that smooth off late. Last year, Chief Minister of Punjab, Captain Amarinder Singh, who was denied permission to visit Canada in 2016, strained ties with Trudeau’s government when he accused Sikhs in the Canadian cabinet of having ideological affiliations with the Khalistani separatist movement that aspires to carve out an independent country for Sikhs.

Captain Amarinder refused to meet with Canadian Defence Minister, Harjit Singh Sajjan during his visit to India in April 2017. Interestingly, Chief Minister of Haryana, Manohar Lal Khattar met with Sajjan, while several Canadian delegations have been visiting India, seeking to expand economic ties with other states including the Indian Prime Minister’s home state, Gujarat. Canada was one of the partner countries in the Vibrant Gujarat Summit (2017).

Interestingly in his previous tenure, the Punjab CM visited the Dixie Gurdwara, known as the hotbed of Khalistani activity, and had to contend with a lot of criticism from leaders within the Indian National Congress (INC), to which he belongs.

Back then, Singh the title of ‘Panthic leader’ conferred upon him; after 2016, however, this image seems to have reversed.

At the national level too, ties between both countries have strained due to a resolution passed by the Ontario Assembly in April 2017, which dubbed the 1984 anti-Sikh riots in India in the wake of Indira Gandhi’s assassination by her Sikh bodyguards as a ‘genocide’. The Indian government took exception to this.

But, very interestingly, former Indian PM, Dr Manmohan Singh, too did not dub the violence as ‘riots’ but as a genocide during his apology issued in the Parliament in 2005. From time to time, the Central Government has also raised its concerns about Sikh separatism in Canada and the support of certain groups which foment violence in Punjab.

Need for a nuanced approach

Successful ties with Canada will benefit not just India, but Punjab as well. New Delhi and Chandigarh need to be more practical and less hysterical. While, there is no doubt, that groups encouraging violence or issuing threats, should be dealt with firmly, yet it is fairly impractical to expect Trudeau to take action against groups or individuals for believing in a particular ideology as long as they do not encourage violence.

Second, the Government of India, rather than trying to lure sections of Canadian Sikhs whom they perceive as moderates through visas, should look at addressing the vexed issues of the past, and not restrict their outreach to a few individuals. Apart from this, those Sikhs who migrated due to police repression during the 1990s should be allowed not just to return, but also given visas for visiting their past homes and Sikh religious sites in India.

Further, the Indian media needs to be less simplistic.

There is a tendency to dub Sikhs overseas, who are vocal about the events of 1984 and the police excesses in the decade of militancy, as ‘radicals’, ‘terrorists’, and ‘separatists’. In reality, there are enough Sikhs both in India and abroad who are not Khalistanis (separatists), but feel strongly about these events, and are in favor of more decentralisation, not unlike many from other states.

If the Sikh community is expected to shove 1984 under the carpet, then political parties should stop using the bogey of the revival of ‘Sikh terrorism’ whenever an election approaches in Punjab. There can not be a selective approach towards history.

Looking to the future

Punjab should take the lead in reaching out to Canada, as it can successfully harness the prosperous Punjabi diaspora. Southern India and Gujarat have made their diaspora communities important stakeholders in their  ‘Para-Diplomacy’  and Constituent Diplomacy – concepts used for defining external outreach by sub-national units.

There is no reason, why Punjab cannot do the same. For this, the Sikh Diaspora in Canada needs to be a stakeholder and not a problem.