Home Geopolitics The Trump-Putin Bonhomie Could Be Good for India 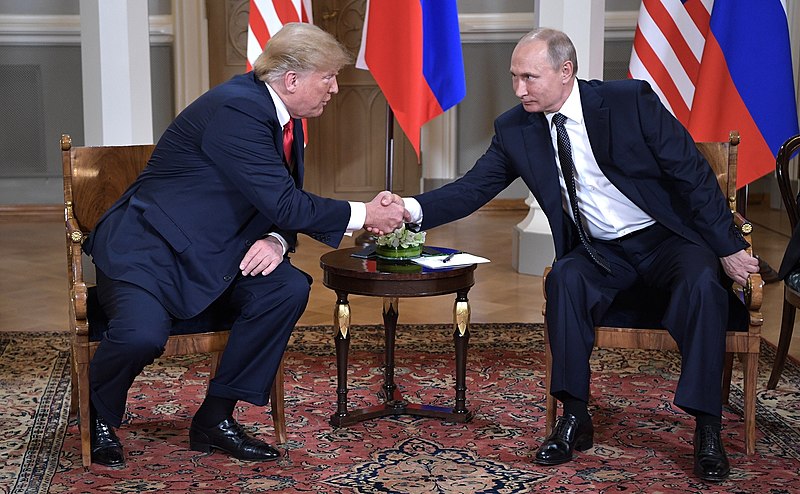 On 16 July, US President Donald Trump met his Russian counterpart Vladimir Putin for a bilateral summit in Helsinki, Finland. In the now-infamous press conference that followed, Trump appeared to persistently ward off questions about Moscow’s alleged interference in the last US elections, thus negating the assessments of his own intelligence agencies.

This, naturally, did not go down well with the American media. The President was bombarded with a barrage of indignations and accusations from across the board – including that of treason. Even the Republican loyalist network, Fox News, dressed him down for ‘shaming America’ in front of the world.

Trump – being Trump – went on a quick defensive after the press conference, arguing that he misspoke during a crucial reply while insisting that the ‘fake news media’ was maligning an otherwise successful summit.

The Summit with Russia was a great success, except with the real enemy of the people, the Fake News Media. I look forward to our second meeting so that we can start implementing some of the many things discussed, including stopping terrorism, security for Israel, nuclear……..

The catch for India

While the unusual summit was bound to hit the American establishment hard, New Delhi can (and should) send a positive signal over it. The Russian interference debate notwithstanding, improvement in ties are likely to open up opportunities for India to capitalise on.

India’s diplomatic history is marked by a hunt for political, economic and strategic legroom. This search for legroom has only changed its name and connotation with changing times.

During the older days of Jawaharlal Nehru, this was framed in seemingly idealistic “Non-Alignment” terms, born out of rejection of the Cold War bloc politics and peppered with a sprinkling of suspicion of the West.

India’s diplomatic history is marked by a hunt for political, economic and strategic legroom

Nehruvian non-alignment took various forms depending on global circumstances – from adopting a heavy Soviet tilt in the face of Richard Nixon’s America to remaining equidistant from Moscow and Washington, and finally to its current variant of “Strategic Autonomy” as articulated by Prime Minister Narendra Modi at the Shangi-La dialogues held in June 2018 in Singapore.

In this context, India’s foreign policy faces two tightropes, both of which potentially intertwine.

For India, Iran is not just an old neighbour and a regional partner with deep economic and cultural ties. It is also a key source of crude oil and the site for the strategically significant Chabahar Port, widely billed by India’s strategic community as India’s counter to Pakistan’s (and China’s) Gwadar port.

Israel, on the other hand, has been a revelation in the post-Cold War era, with Jerusalem (then Tel Aviv) providing crucial military support during the Kargil conflict in 1999 to now increasing co-operation on a variety of matters ranging from counter-terrorism to science and technology and agriculture.

This dual equation, however, gets compounded by the fact that Israel and Iran publicly regard each other as existential threats. While Israel’s growing ties with India remained well-balanced with its ties to Iran for long, prevailing geopolitical currents have inevitably pushed India into a difficult position.

This mismatch finally culminated when Trump, after backing out of the P5+1 nuclear deal with Iran, imposed further sanctions on the latter. A part of this will require India, the second largest buyer of Iranian oil after China, to cut imports from Tehran to zero, thus limiting India’s options for crucial energy sources, an important component for maintaining strategic autonomy.

While Israel’s growing ties with India remained well-balanced with its ties to Iran for long, prevailing geopolitical currents have inevitably pushed India into a difficult position

So how does an improvement in US-Russia ties provide a possible solution?

The answer could very well lie in Syria. Arrangements over the stabilisation of the Syrian situation can create a chain of linkages. Before the meeting on Helsinki, Putin also met Israeli Prime Minister, Benjamin Netanyahu, for a deal on Syria, where Netanyahu’s concerns on Iranian presence in Syrian led to agreements on keeping Tehran’s forces 80 kilometres from the Israeli borders.

If the US-Russia dynamic proceed in a positive direction, they might be able to effectively address some of Israel’s security concerns and consequently, ease off pressure on Iran.

India can utilise this particular linkage to protect its interests with Iran; but, it will take some innovative diplomacy and some unprecedented roles in the Middle East. These could entail to humanitarian aid, provision of training and material aid to various security personnel that draws from India’s rich experience with UN Peacekeeping, etc.

The Countering America’s Adversaries Through Sanctions Act (CAATSA), a US federal law passed last year with overwhelming bipartisan support in both the Congress and Senate, is aimed at imposition of sanctions on three of Washington’s usual targets – Iran, North Korea and Russia.

While the US Secretary of Defence James Mattis has already publicly pushed for a sanction waiver for India, improvement of ties with Russia can speed up this process

CAATSA has the potential to attract sanctions for India, in light of New Delhi’s procurement of the S-400 air defence system, the Project 1135.6 frigates, and Ka226T helicopters from Russia, as also pointed out by Laxman Behra and G.Balachandra of the Institute for Defence Studies and Analysis.

While the US Secretary of Defence James Mattis has already publicly pushed for a sanction waiver for India, improvement of ties with Russia can speed up this process.

If the Helsinki moment of Trump-Putin bonhomie translates into concrete agreements, then the 2+2 dialogue, scheduled for 6 September in New Delhi, will be productive in not just easing out the disputes over American steel and aluminium tariffs and H1B visa that have cropped up between Washington and New Delhi post the Harley Davidson tariff issue, but can serve as the ideal place to discuss India’s concerns over Iranian oil and CAATSA in detail.

There is little doubt that the Helsinki moment is an opportune moment for India, not just to expand its “strategic autonomy,” but also to give New Delhi a larger role in a world order that is rapidly moving towards multi-polarity. It remains to be seen how India instrumentalises this window. 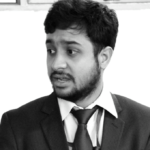